Eggplants Health Benefits, How They Taste and Differ from Other Vegetables. Detailed Guide 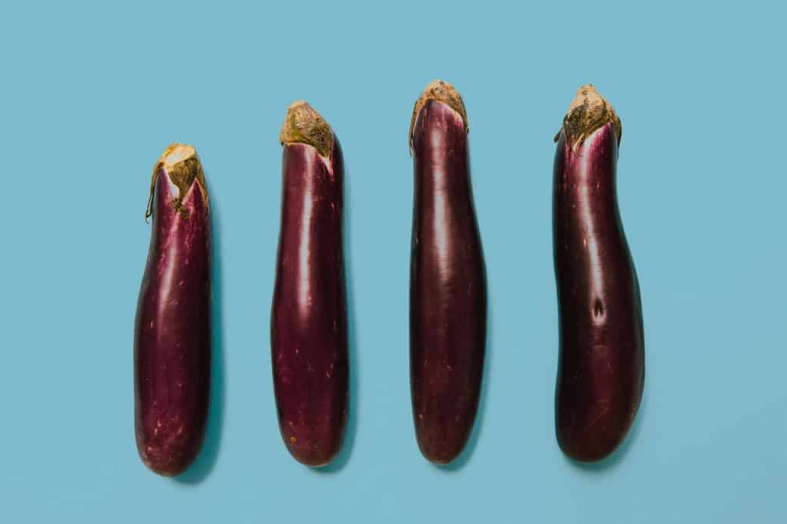 Some people like eggplants, others don’t but still, this plant is a frequent guest on our tables.

Those who never tried it often wonder what the eggplant taste is like.

Well, in this article we will reveal all the available information about eggplant that can be found today!

Even if you are a huge eggplant fan, you may not be aware of all the wellbeing benefits this natural product has.

However, if we include raw eggplant into our daily diet, we will get much more of usefulness than when not doing it.

Of course, it is possible to intake all these health benefits when eating the veg prepared but when eating eggplant fresh, we will get much more of its usefulness.

However, it is important to note that those who suffer from any bones or joints diseases must not intake this food since it can make the health state worse due to the presence of solanine which can cause swelling of joints.

Surprisingly many people often wonder: is eggplant a fruit or a veggie?

Well, to find it out, you need to know that while traditionally eggplants are thought of as vegetables and we cook them just like vegs they are in fact…fruit!

All because of the way they grow and reproduce

We will not confuse you even more by saying that some scientists assume that eggplants can also be some sort of berries because they have small seeds in their flesh just like ordinary berries do.

Who cares?! Since they are tasty, their nature doesn’t matter!

How to Eat Eggplant. Ideas and Recipes

If someone didn’t know, eggplants can be consumed both fresh and prepared.

Due to the eggplant texture, it can not only be fried but also grilled, stewed, baked, roasted, and steamed.

Eggplant flavor is perfectly blended with the flavors of other vegetables that is why it will never ruin the general odor of the dish unless you manage to overdo with the seasoning!

How to eat eggplant raw?

Well, if you really enjoy it crisp, then consume it washed and, preferably, pickled with some heated vinegar combined with salt, sugar, and spices since the uncooked vegetable is often quite bitter.

Eating undercooked eggplant is another option.

Just pick any cooking method you prefer and prepare the veg until it is almost ready. It will be slightly crispy and a bit hard in texture though but the taste will be much better than of the fresh veggie.

And of course, there is plenty of traditional recipes for the eggplant to be prepared. Lasagna, ratatouille, different stews, baked eggplant slices, oven-roasted eggplants, eggplants stuffed with various fillers, dishes with fish or meat paired with eggplants – it can even be used for pizza topping and for making toasts! And of course, let’s not forget about salads and pasta dishes.

How Does Eggplant Taste?

Finally, we have reached a major theme! What does an eggplant taste like?

Ok, if you have tasted it many times, it may not be interesting for you but what about those who haven’t?

If someone asks, how to explain what kind of taste this veg (or fruit?) has?

Everything will depend on whether we are talking about the fresh or cooked eggplant since when cooked, its taste will be mixed with the tastes of all the other ingredients of the dish.

However, a uncooked plant is a totally different thing!

Generally speaking, the inside of an eggplant tastes more pleasant than not even though it can often be somewhat bitter (only slightly!).

On the other hand, cooked veg has a more mild and rich taste.

How to Store Eggplants?

Like all the veggies, eggplant must be preserved correctly to serve us longer.

And the good news is that eggplant can be stored…on the counter! Yep, no fridge or freezer, hurrah! Just make sure that the veggie is far away from bananas, melons or other ethylene-producing things and keep it away from the direct sunlight.

If it’s too hot in the kitchen, it’s better to remove it to the cupboard or pantry away from onions and potatoes.

Never cover eggplants as it speeds up spoiling and consume them within three days after the purchase.

How to tell that eggplant has gone bad?

Discard it instantly without hesitation!

Well…Some do think that eating uncooked eggplant is dangerous because it’s kinda poisonous.

Eggplants are safe to ingest fresh unless they are rotten. If one does consume a spoiled vegetable, well THEN the problems will start!

Eggplant skin, by the way, isn’t poisonous, too.

The eggplant inside does contain the alkaloid called solanine which is harmful when consumed in the amount of 400 mg per adult.

Since one eggplant has only eleven milligrams…think yourself how many of them one must swallow to poison oneself.

While the eggplant itself is not poisonous, its leaves and flowers are indeed toxic so be careful with them.

So don’t be afraid of eggplants! ingest them uncooked or make various delicious dishes and taste them with your family or friends.

Eggplants are a great choice for barbeques and open-air parties, they taste great with almost all the other veggies and can be used in dozens of different ways!

Aubergine, Zucchini, Eggplants – Is There Difference?

Have you ever asked yourself whether there is any distinction between these three vegs – eggplant, zucchini, and aubergine?

If we ask a common person, the answer will probably be: all of them look pretty much alike, their shape is very similar, and we cook them the same way.

But the difference exists, and it will easily surprise you! First of all, eggplant and aubergine are actually different names people give to the same veg!

Eggplant is used in the United States whereas aubergine is common in Great Britain.

Except for that, these two definitions have nothing different.

As for zucchini and eggplant, these two can easily be distinguished.

Zucchini has a more elongated shape, its color is green, and, if we slice it, we will see the pale green flesh, spongy and watery, with seeds located around the center similar to cucumbers.

Zucchini has a light fresh flavor that reminds greens.

On the contrary, eggplant is deep purple from outside, with shiny thick skin that is quite difficult to peel. Its flesh is more stiff and spongy compared to zucchini, and if we slice it, we will see seeds all around the cut.

Flavor also differs, it is tangy and earthy, and its taste is known for the slight bitterness.

You might not know but eggplant is actually a close “relative” of tomato!

Even the way we cook these two vegs is different.

Zucchini needs nothing except for a good peel and we can start cooking it straight away. But if we want to cook aubergine, we need to prepare it by adding salt to remove the bitterness.

What to Make Out Of Eggplants?

If you love these vegs, you probably tried to find some other recipes that call for them except for simply frying or grilling them. Fortunately, there is a wide variety of ways how we can cook these delicious plants. They are easy to learn and even easier to make.

You’ll need ravioli or any other similar sort of food, shredded cheese, and eggplants. Strips of vegs sprinkled with melted cheese on top of the hot ravioli base – you’ll love it!

This recipe is fast to prepare and very delicious. Salt eggplants before cooking, fry or grill them, and blend with croutons. Baking the salmon will be the final touch. Aubergines will add their delicate flavor to this delicate dish and make everyone love it from the first bite.

This recipe requires some baking but it’s worth it. The delicate flavor of eggplants mixed with tomato and olive oil will fit the creamy base and fried red onions best of all.

The quickest recipe that is best for any breakfast. A good thing is that you can use a wide variety of vegs to put on top, besides, after you fry the bread, sprinkle it with some olive oil and salt, and add a dollop of creamy cheese, your family won’t leave a crumb!

This recipe requires a few ingredients and very little time to make it. It’s best to marinate the meat with balsamic vinegar before cooking and leave the dish in the oven for the juice to soak the filling. Sprinkle with some oil – and serve!

This recipe list shows the best suggestions that need less time and effort, but it is easy to find way more of them to try this delicious veg in all forms and tastes!

Many consumers notice that the tastes of eggplant and zucchini are pretty much the same. And indeed, except for very rare cases, these two veggies taste rather similar regardless of the type of eggplant you have in your disposal.

So if you are going to cook a dish that contains eggplants, you may feel free to substitute them with zucchini easily. Anyway, as a result, you will get the same mild and a bit bland flavor. The only nuance you need to be aware of when cooking eggplants is that they may often taste somewhat bitter. This is also the only difference between these veggies and zucchini.

Quite many people, especially those who do not consume meaty foods, prefer using eggplants as a meat substitute. And if you are surprised with such a choice, be sure that it has quite reasonable grounds.

See, eggplant does indeed have a meaty flavor and rich meaty taste! It will not, of course, be reminiscent of a steak or bacon, but its texture and bulkiness serve as perfect substitutions for a piece of meat for those who do not consume such food.

This question interests quite many consumers, and indeed, the taste of this vegetable may remind of the taste of potatoes in some cases. When cooked, eggplants become extremely tender and their taste may be very similar to the taste of mashed potatoes!

So if you need to give your dish those significant creamy and soft notes of taste that mashed potatoes have, but you have no potatoes at your disposal, you can easily make use of eggplants instead.

5 Tips For Changing The Taste Of Eggplant When Cooking

Most of you surely know that eggplants often taste quite bitter which may not affect the taste of a dish in a good way. This is why it is good to know a few simple tricks that will help you to make this veggie taste milder.

With these recommendations in mind, you will easily make eggplants taste like heaven!

Eggplants may need some effort to prep them for cooking, including the necessity to get rid of their legendary bitterness. However, with the use of a few easy tips, you can turn this vegetable into a tender textured and delicately flavored piece of delight on your plate!