Do you know that? Common Myths And Facts 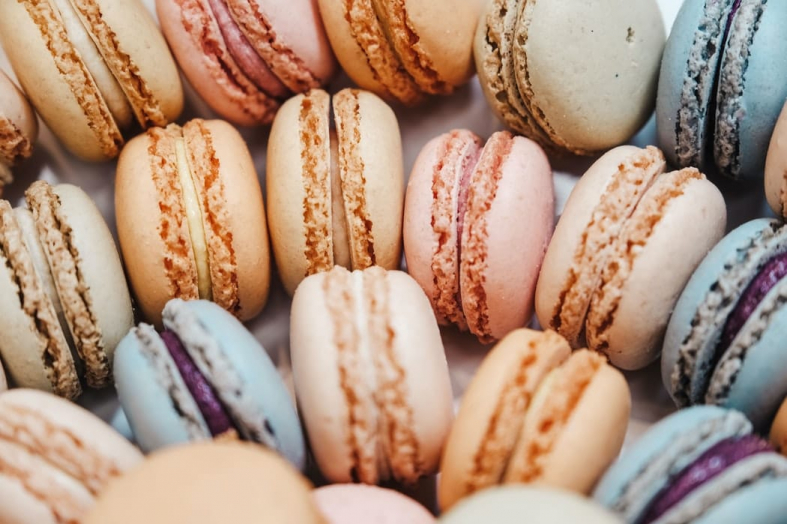 Macarons have gained huge popularity for the last several years. This light and tasty dessert will fit any hot drink and it is a perfect match for any party or celebration!

Of course, people wonder how healthy macarons are and the most frequent question is whether macaroons are gluten-free.

Well, to find the truth, explore the history of this dessert with us!

Macaroons take their origin from Italy where these sweets were traditionally made of the almond paste, honey, vanilla, and spices.

Back then, they were more like muffins baked in a rice paper edible cups. Later, the almond paste was replaced with the flour and other nuts including coconut.

Just imagine that this confection has been known since the 8-9th century!

Years after, Italians brought the recipe to France and the sweet dessert became popular among the aristocracy. Actually, the macaroons that we all know today is a French type of macaroon.

It is a bit different from the original recipe since it contains meringue, egg whites, sugar, and food colorings that make these sweets so colorful. Also, there is a filling made of ganache, jam or cream.

Some will probably say that, since macaroons are sweet, they have no useful traits just like any other candies and sweets.

But don’t hurry to blame them!

However, there are certain issues that are good to keep in mind if you take care of your health and eat macaroons pretty often. And even macaroons that are gluten-free have the same harmful effects!

So, to protect yourself, choose sugar-free macaron rather than a traditional one. At least, your body will intake far less sugar in this case.

So, eventually, what about the major point of concern? Do macaroons have gluten?

This question bothers many people, especially those who have celiac disease.

Before we answer, let’s refresh what products contain gluten at all.

and many others. As you can see, the main risk-group of products consists of grains and the foods made of them.

If we explore the original recipe, we will see that it has no gluten-containing ingredients but wait, everything is not so simple.

Today the producers of sweets strive to make their product as attractive for the customers as possible using all the available means for this.

You probably noticed many times that except for the traditional macaroons, there is plenty of different sorts of this confection that contain cookie crumbs or pieces of cake. Those being made of flour do contain gluten which means some confections can’t be gluten-free macaron.

What to do then?

No stress! It’s possible to taste some healthy sweets made by yourself.

We will tell you how to make gluten-free macaroons in your own kitchen!

Now the macarons that are gluten-free are ready! Separate them from the parchment and put together adding a filler between the halves. Eat sugar-free macaron with tea, coffee, milk or cocoa.

Another issue that is a great point of concern is whether macaroons spoil.

Well, they don’t have a long shelf-life indeed. If we leave them on the table or counter, they won’t last more than a day, besides, they are easily ruined by the heat.

So, to extend their life, refrigerate the macarons or even freeze them. In the fridge, the confection will last for three days and when frozen, it will remain edible for three months.

And if you see the dessert becomes crumbly and looks too dry, it is probably already bad.

Macaroons appear to be far more interesting confection that one could imagine!

To prove this, we will provide you with certain curious facts.

No wonder that people are so interested in these confections and have quite many questions about them. Here are some frequently asked questions regarding this sweet.

How to make blue macarons?

Blue macaroons look fascinating but are they safe to eat? Of course! The charming blue color they have comes from the turquoise food coloring and it’s possible to find a safe variant of one without gluten or the artificial ingredients.

Is there a macaroon recipe with no nuts?

If you’re allergic to nuts or just don’t like them, replace the nut flour with the all-purpose one but then the confections won’t be gluten-free.

Can I buy dairy-free macarons?

Of course! Normally, the macaroons themselves have no lactose but the filling may contain it. So just ask for the yummies with the lactose-free filler.

Get a Fat-Free Body: 8 Foods That Can Burn Fat Faster Than any Diets
Don't have enough
time to read in a day?
Get the most rated articles on your email!