Does Cream Of Tartar Go Bad?

Storage nuances and other handy tips 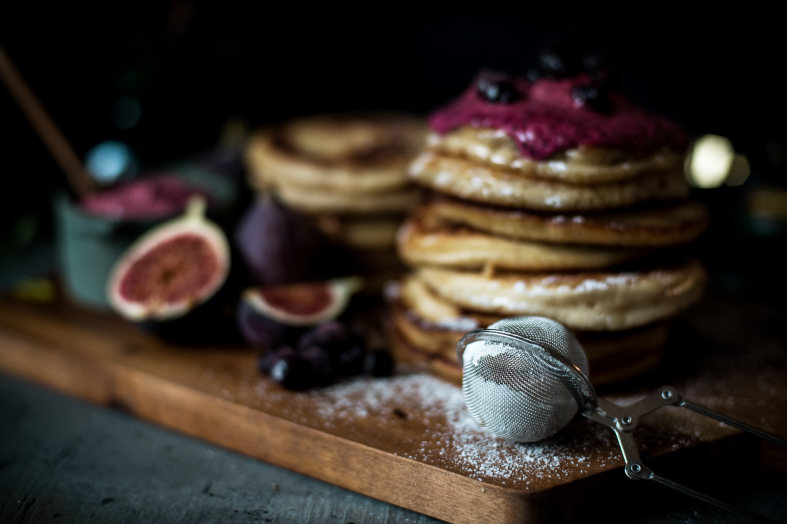 Housewives know that using the cream of tartar is a great help when it is needed to make sure that certain products gain proper state.

However, not everyone knows how to keep this powder correctly, besides, many people often wonder: does cream of tartar expire?

Today you will learn about the shelf life of cream of tartar together with its storage nuances and other handy tips.

Related: Can Teriyaki Sauce Go Bad? All the Secrets About the Product You Wanted to Know

What Is Cream Of Tartar?

So what is this mysterious white powder that we have in our cupboards?

Well, in fact, the cream of tartar is a byproduct of winemaking! It is made of the tartaric acid that is formed on the walls of the wine barrels after the grapes ferment into wine.

Despite of its name, the product is not creamy, on the contrary, it looks like a white and dry fine powder.

Just like lemon or vinegar, cream of tartar is an acid and it is badly soluble in water.

Related: Can You Freeze Mayonnaise?

Where and How to Use Cream of Tartar at Home

So how is this thing used and, actually, what for? That’s a good question!

In fact, the cream of tartar has a wide range of areas where it can be applied. The first and most popular sphere is cooking.

Sounds quite impressive, right? Some readers may be surprised but this powder that reminds baking soda is used not only in the kitchen!

What else does cream of tartar do?

In addition, it can be applied in cosmetics for dyeing hair together with some henna.

Is the cream of tartar safe to eat?

In fact, no. This product used to be taken inside for a certain period of time as a purgative but then it was found out that its consumption can lead to hyperkalemia which is dangerous to human life.

Who sells cream of tartar?

Anyone, in fact. This powder can be easily found in almost any store at the spices section.

Naturally, those who want to use this powder may be wondering: how long does cream of tartar last?

One important thing everyone must know about this product is that it is usable only until the first contact with moisture just like any powdered products in our kitchens.

So, to make sure that your magic powder will remain usable, keep it tightly closed in a good tank, preferably water and humidity-proof.

Since this product can be unsafe when consumed in its pure state, ensure that it is taken away and hidden so that children will not find it and taste.

As for the cream of tartar expiration, note several handy tips.

How long can you keep the cream of tartar?

If it was not exposed to water or any other kind of moist, use it safely far past its expiry date.

How long does the cream of tartar keep its qualities?

Again, if it was not moistured, it will keep its potency until we use it all.

Of course, following the basic storage requirements is a must to make the product last to its longest.

How to Tell If Cream of Tartar Is Still Good

It may happen that one will suspect that the powder turned spoiled. Can cream of tartar go bad? Normally, it can’t unless we expose it to the moisture.

Anyway, there are several ways one can spot the expired cream of tartar.

How to test the cream of tartar for potency? Take a half glass of warm water, add a half small spoon into it stirring properly, mix in a pinch of baking soda. If no foam will appear, then it is already useless.

Is the cream of tartar bad for you when used expired?

Many of us are afraid that, if they use the expired powder, they’ll get poisoned. Nonsense! Since the product is potent and usable being stored properly, it can be safely used for even years after its expiry date.

Cream of Tartar Side Effects

The cream of tartar is sometimes promoted as a strong means that can help you with almost anything regarding health. But beware! Consuming this powder too much has bad side effects.

Be careful and better don’t take this powder pure.

And don’t worry, using it for cooking won’t make you any harm.

Take these tips and info into account and follow them to preserve the useful powder correctly. It’ll allow extending its lifespan and protecting yourself from any unpleasant side effects.

Simplest And Most Delicious Food Recipes That Use Cream Of Tartar

Probably, you know that cream of tartar is not something that can be found in any kitchen or pantry. Nevertheless, this white powder is sometimes far more useful than the well-known means like baking powder or soda.

It is very helpful when working with the food that uses egg whites since the cream of tartar is super good at making those stable! In addition, it is way better than baking powder each time it is important to get the bakery fluffy and long-lasting.

So, if even a little bit of this miraculous thing can be found in your pantry, take it our as we are going to share several best recipes of food making where this powder is a must-have!

Its ingredients are simple.

For making this dessert, put egg whites in a vessel and put away. Meanwhile, blend cocoa with water, and chill.

Now it’s time to work on the butter and sugars to make them fluffy.

Add egg yolk, one after another.

In another vessel, combine flour, soda, cream of tartar, and inject to the creamy blend in turns with buttermilk.

Beat whites on medium speed until soft peaks appear and inject sugar until it’s dissolved. Finish when the peaks are stiff. Lay the substance to the pans and bake for 25 min.

Now beat the first four ingredients for the icing. Smear it between the layers of the cake.

The general preparing period for this recipe takes about an hour and you’ll get nearly sixteen servings as a result.

This is the example of one of the simplest dessert recipes that will provide you with a delicious treat for any occasion!

This food will take only 30 min to get ready!

In another vessel, whisk all the powdered dry components. Slowly inject it to the creamy batter until the dough is ball-shaped.

Separate it into three parts. Add red coloring and cherry infusion to one, blue and raspberry to another, and lemon to the last part.

Create long blocks out of each portion, and lay these logs close to each other. Their sides must touch. Gently press them together, wrap, and chill for 30 min.

Preheat the oven to 350 degrees, take out the colored pastry, take off the cover, and cut crosswise into equal pieces.

This recipe will fit perfectly for any holiday or party! What is good about such recipes is that one can play with colorings making the bars look like a rainbow!

This recipe is literally the simplest and the fastest one among all! It will become your best choice whenever you’ll need something tasty for breakfast or to treat guests. It is said that this is one of the recipes which came from the Amish commune. Whether true or false, these yummies are delightful!

Such recipes take only like 10 min so it’s cool to try with the kids, too.

Combine all the dry components and slowly inject them into the liquid mixture.

Create the dough drops on the baking sheet, and bake at 375 degrees for 10 min.

These were the best recipes that require cream of tartar but naturally, there are plenty of other recipes, more and less complicated, that are good to try to delight your family with a tasty treat!