Tips, Tricks, and Advice to Master the Spirits 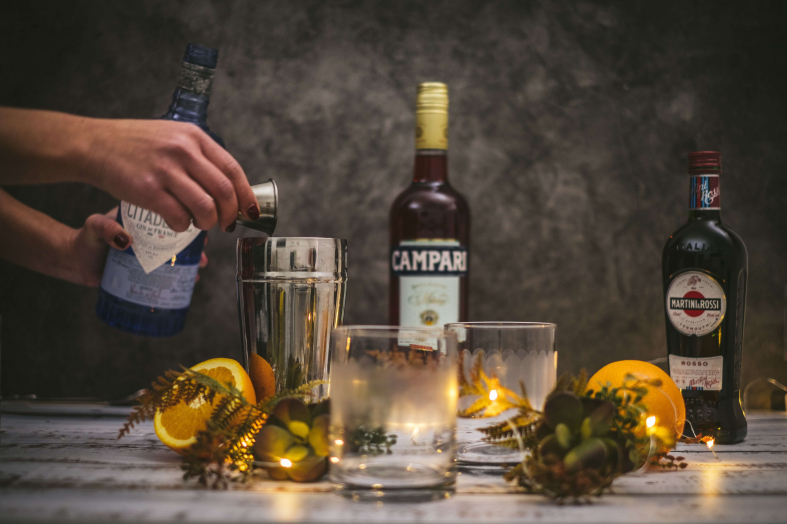 We tend to believe that alcoholic drinks can last nearly forever but unfortunately their lifespan is also limited. Campari is not an exception. And even though this liquor is not that frequently consumed as beer or other common alcoholic beverages, knowing the nuances of its storage and shelf life will allow keeping it usable longer.

Does Campari go bad? This is what we’re going to figure out today!

Campari Shelf Life And the Lifespan Of Distilled Spirits

As you probably know, alcoholic beverages all have different duration periods since different ingredients and technologies were used for producing them.

Among all the alcohol-containing drinks, the shelf life of liqueurs is one of the most stable ones. Normally, such drinks as gin, whiskey, tequila, and rum feel quite ok standing on the bar shelf.

How long do spirits last once opened?

You’ll be astonished but some of these drinks can easily stay drinkable for as long as ten years! Anyway, this sort of beverage is one of the most durable ones.

Since liquors are made using the fermentation process, their basic ingredient called mash is fermented by yeast before it turns into alcohol. When the final product is received, the alcohol starts aging (sometimes it can be done for the purpose to give the drink certain taste and qualities).

But right after the beverage is bottled, the aging process stops and the drink must be consumed within six or eight months while it is still at the peak taste.

The experienced consumers say that, if properly stored, a bottle of this drink can easily live in your pantry for ten years and longer. Nevertheless, it is known that the liquors containing sugar and/or fruits (such as Campari) are better to be consumed within half a year after opening.

However, we assume that there were quite a few people whose Campari lasted for more than several months!

Does unopened alcohol go bad? Unless you keep it under severely wrong conditions, it won’t spoil for a very long time!

To make it simpler to compare the lifespan length of different liquor drinks, check our chart.

However, note that no matter how long you store the beverage, it won’t literally spoil. The worse that can happen is that its taste and flavor will deteriorate.

Related: What Is Vodka Made From? 11 Things You Didn’t Know About Vodka

How to Store Campari. Useful Tips For Any Case

So how do we store a Campari bottle at home? In fact, it is not a big deal since this drink is not that picky. Does Campari need to be refrigerated? It is not a must but refrigeration can prolong the drink’s shelf life indeed.

To keep the liquor all right, note the following:

Following these simple rules will allow extending the lifespan of the drink and preserve its specific taste and aroma.

Many consumers are worried about their drink going spoiled. Does Campari liqueur go bad, they ask? Let us assure you that there is no need for fuss.

Like any alcoholic beverage, Campari can’t basically go bad and become harmful to your health. Its taste and aroma will, however, deteriorate if the improper storage took place.

basically, it doesn’t. Again, everything hangs upon how well you keep the drink.

In connection with this issue, a question may occur whether bitters go bad at all.

Bitters are made of the neutral spirit infused by herbs, fruits, berries, spices, and many other things. Besides, they have quite a high alcohol content, which makes their shelf life nearly indefinite.

Of course, after a bottle is opened, the drink starts losing its aroma and taste slowly but it won’t go literally bad. So no worries, it’s impossible to poison yourself with a shot of Campari or another beverage of this kind!

Is Campari Good For You?

Since this liquor contains alcohol, some people become concerned about its usefulness.

Indeed, is Campari good for those who drink it?

You probably didn’t know but originally bitters were created and used for medical purposes to improve people’s health! That is why they originally contain herbs and berries or fruits.

What about modern Campari?

Of course, Campari is not a medicine but still it doesn’t mean that it can be intaken uncontrollably since it does contain alcohol, too.

⭐ Does Cognac need to be refrigerated?

Basically, it doesn’t unless you want it to be slightly chilled. This drink is better to be stored in a dry and cool place away from the direct light and heat.

⭐ Is Campari good for your stomach?

Yes, since this liquor contains certain herbs that improve our digestion.

⭐ What is the best way to drink Campari?

Campari tastes better being added to cocktails since its bitter taste makes it a bit difficult to intake pure.

⭐ What kind of alcohol is Campari?

It belongs to liquors, bitters in particular due to its specific bitter taste.

⭐ Do you need to refrigerate Campari?

No. This drink can be safely stored on a shelf but keep it away from the sunlight and heat.

⭐ What are the benefits of drinking Campari?

The most known benefit is that this liquor improves our digestion and the functioning of the stomach. Among the other qualities a positive impact on the liver and kidney is mentioned.

Watch Next
Does Alcohol Go Bad, Stale or Expire?
2wXkjrtB2Hc
All You Ever Wanted to Know About How to Take Care Of Your Clothes

Does Balsamic Vinegar Go bad?
Don't have enough
time to read in a day?
Get the most rated articles on your email!