What Is Vodka Made From? 11 Things You Didn’t Know About Vodka 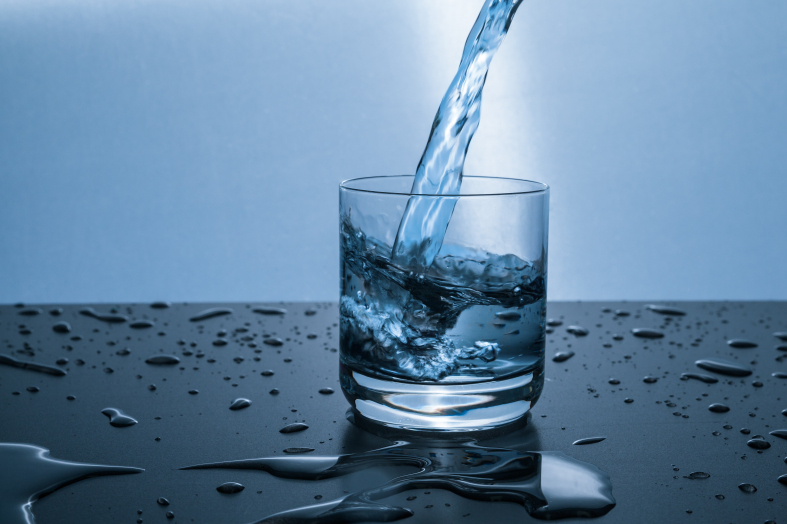 Vodka is associated with Russia, feasts, and parties. This drink is among the top-selling alcohol drinks in the world and the number of people increases who are interested in how vodka is made.

To satisfy their curiosity, we will uncover vodka ingredients and will answer the question: “How do they make vodka?”

What Is Vodka? A Bit Of History

This spirit is so widespread in bars all over the world! But what is its origin?

They say that this drink came from Russia and Poland even though there are few historical documents proving that.

As for Poland, this liquor began to be manufactured starting from the Middle Ages and the first known mention of it is dated by 1405.

It’s funny but back then the spirit was used for medical purposes only!

In Russia, the drink was first made much later in the 14th century and for several hundreds of years, it remained quite low in alcohol.

Later, it nevertheless became more popular and in other countries, too.

How to Drink It Best?

These days this liquor, like Campari liquor, is blended in various alcohol-containing drinks to make cocktails but traditionally, it is drunk purely as it is.

Of course, it doesn’t mean one can’t sip it tasting, however, for the less harmful aftermath, it is strongly advised to intake the drink with some food and never intake it on the empty stomach!

Better make some snacks or proper food to accompany the spirit.

Also, to make the taste softer, freeze it before intaking.

How Is Vodka Made?

Vodka has become widespread in all the world. Nowadays it’s not a problem to find a bottle of this alcohol in almost every pub, bar, or another establishment.

Is vodka an alcohol?

Definitely, it is! It is, in fact, a distilled clear alcoholic drink that takes its origin from Poland and Russia.

Usually, the major component in vodka is ethyl alcohol paired with water, however, sometimes the drink may have traces of flavorings or certain impurities.

What is vodka made of?

Traditionally, this drink is created from cereal grains, a bit more seldom-used component is potatoes.

To describe briefly how to make vodka, we will say that these congenital components undergo fermentation first, then the liquid that is received from them is being distilled. Today, however, certain producers shifted to using other components that is why vodka made of fruit and glucose as the major component is not a rare thing nowadays.

Because of vodka contents, it is one of the strongest kinds of alcohol-containing forty percent of alcohol. Probably, because of its potency, this liquid nowadays is often drunk as a part of cocktails or blended drinks even though originally it was intaken pure.

What Else Can Vodka Be Made From?

As we already mentioned, the main component in vodka is ethanol and, in a somewhat smaller proportion, water. Component number two is often cereal grains or potatoes.

How is vodka made from potatoes?

In fact, the same way as this drink is produced from grains, through the distillation process.

But even after cooling down the mash, the process isn’t ended! The next stage is to ferment the stuff which will then have to be distilled!

As you can see, the procedure is quite time-consuming, especially for preparing the drink yourself.

No wonder that everyone prefers purchasing this drink rather than fussing with the preparation!

But vodka can be made from other components, too.

In addition, modern producers choose to add fruit or glucose as the main component which, in some way, adds certain peculiarity to the final goodie serving as a non-chemical flavoring.

What’s So Dangerous In Vodka For Our Health?

However, even though vodka is consumed worldwide, people become more and more concerned about the harm it causes.

Indeed, when consumed uncontrollably, vodka may become a source of serious wellbeing problems!

No matter what ingredients of vodka are listed on the bottle, this liquid brings more harm than usefulness for people.

Is vodka made from potatoes safer, someone might ask? Honestly speaking, no since any sort of this drink contains a high amount of alcohol.

Are There Any Useful Traits In This Beverage?

In fairness’ sake, let’s see what useful traits people claim this drink has and try to figure out which of them are true.

As you can see, quite many of these qualities can be found in other safer products that don’t cause addiction later, so think twice before starting to cure yourself with this alcohol-containing drink on the regular basis.

How to Store Vodka?

To be sure that the liquor will keep its properties, the optimal way is to stock it correctly.

Hard liquors, for example, Kahlua liquor, (and vodka belongs to this group) are best to be kept at the normal temperature of the room.

Make sure that it’s not exposed to direct light and the place it’s kept is dry and cool enough.

That’s actually how they’re always stored in bars if you recall.

Of course, for cooling them, it’s OK to expose the bottle to the cold but it’s not a must for extending the lifespan of the drink.

How to Define If The Beverage Gone Bad?

Naturally, a question may occur whether vodka tends to turn spoiled or bad.

Is it possible to get sick if we drink a small glass of a bad spirit?

To calm you guys down, let us assure you that vodka is an extremely durable stuff.

An unsealed bottle is famous for having a literally indefinite lifespan!

The only “risk” of prolonged storage is that the liquor will most likely lose some of its taste but not significantly.

As for the chance of getting sick when sipping some old drink, forget that nonsense!

You may be slightly disappointed with the taste since it will be less intensive, but no food poisoning is possible.

Use Of Vodka Nobody Knew About Before

To restore the “fine name” of this drink, let’s see how we can make use of it except for intaking.

How to Produce a Homemade Begerave Yourself?

And here it is, the most desired information for those who eager to try themselves in vodka-making!

Even though it may seem to be very easy, note that making this spirit on your own will need your constant attention and regular checking of the drink’s state while it’s in the process of production.

To successfully complete the task, follow the suggested steps precisely:

Blend thoroughly and warm up to 66 C.

Finally, mix in 900 grams of crushed, malted barley and stir. Repeat stirring during the next two hours now and then and keep the tank covered.

When the processed liquid called wash will appear, collect it in a sanitized vessel.

Remember that the first portion of the distilled liquid is extremely toxic and fatal. So discard at least the first 60 ml of distilled alcohol.

Done! The drink is ready.

We hope you’ll reasonably use this stuff since knowing the limit is always a good thing to have.

Since it may be a nice fit for a party with friends, as an ingredient in cocktails to enhance their taste, intaking alcohol must always be under control.

We would not recommend using this alcohol refreshment for medical purposes since there is plenty of other, safer, and less life-harmful ways of curing yourself of pain or inflammation. However, for external use, it could be a handy option!

Consume it, if you do, reasonably and take care of yourself.

Since the production of this spirit requires fermentation which means feeding natural sugars to yeast for the latter to produce alcohol, most sorts of vodka belong to the drinks that undergo fermentation.

⭐Does vodka that is made from potatoes contain less alcohol?

No matter what product the drink is produced with, its alcohol level must be no lower than forty percent (thirty-seven and a half percent for the European Union).

⭐How much time does it take to produce vodka?

The process of production is rather time-consuming since the drink must be exposed to fermentation and then distilled.
In general, the whole procedure takes three to five days until the spirit is ready.

⭐Is it possible to make this beverage at home?

It is indeed possible. Nevertheless, be ready to spend a lot of time producing it since the liquor requires constant attention!

Read next : Does Vodka Go Bad? 8 Tips You Should Know

Does Vodka Go Bad? 8 Tips You Should Know
Don't have enough
time to read in a day?
Get the most rated articles on your email!