All what you should know about it detailed guide 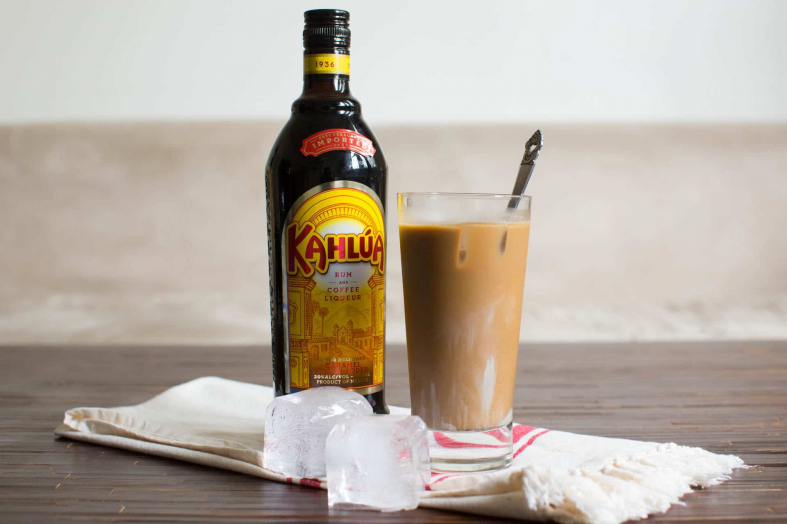 Kahlua liquor is often used for making cocktails, as well as for drinking it neat or on ice.

Whether in a bar or at a party, this tasty drink will fit any occasion.

People often wonder: can Kahlua go bad? And some of them refrigerate Kahlua in an attempt to extend its lifespan. But is it correct to do?

This article will give you answers regarding how to store Kahlua properly to enjoy it longer.

What Is Kahlua Liquor Made Of?

So if you have ever wondered “does Kahlua have caffeine?” the answer is yes, it has it.

The amount of caffeine in Kahlua is approximately ten milligrams per one hundred milliliters of the drink which is nearly twenty-five percent amount that the same volume of pure black coffee has.

Does Kahlua have alcohol in it?

This question may bother you if you took a Kahlua-based cocktail and now you are going to drive a car. Well, since Kahlua has rum in it, it will have a certain amount of alcohol. The question is, how much?

After 2004, the content of alcohol in Kahlua liquor is twenty percent whilst before 2004, it was twenty-six and a half percent.

Naturally, those who use this liquor more or less often may wonder: does Kahlua expire? This drink is pretty expensive (if being original, of course) and it would be pretty sad to spoil it because of improper storage.

Unfortunately, like any other liquor, Kahlua does go bad.

On the other hand, the good news is that the drink can last for a pretty long time so that you will have enough chances to enjoy it.

Drink Kahlua pure or on ice, add it to the cocktails or, if you are a great bakery-lover, mix some of this flavorous drink to the muffin dough or use it as a topping for the cakes and cheesecakes.

As a decoration, it can even be applied to ice cream!

Related: What Is Vodka Made From? 11 Things You Didn’t Know About Vodka 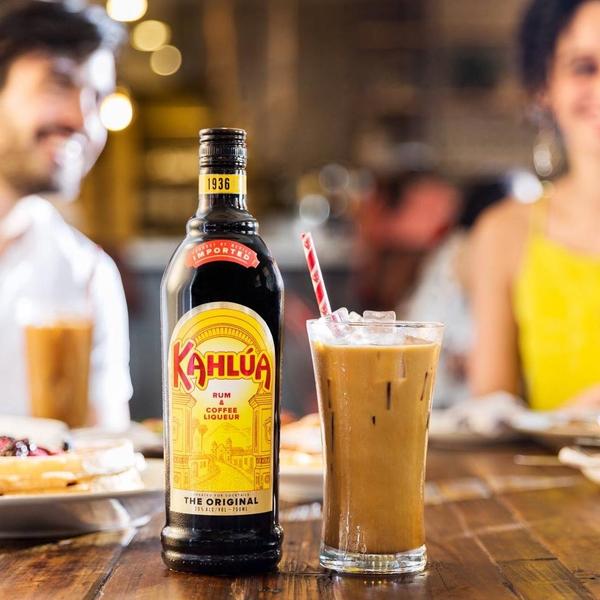 What Drinks Do Kahlua Liquor Pairs With Best?

A bottle of Kahlua is a good thing to have at your home bar since this beverage can be consumed both on its own with some ice, and together with other beverages.

Naturally, consumers often wonder what drinks they can use to mix with Kahlua for making cocktails.

How often do you drink Kahlua Liquor?
Often
0%
Rarely
100%
I don't drink alcohol at all
0%

Well, we have prepared several ideas of delicious recipes for you to keep in mind!

As you could notice, this coffee and rum containing liquor fits best each of the ingredients it has, besides, it will add special notes to any creamy cocktails and drinks related to them, as well as to the drinks that have a sweet taste.

A good thing about this liquor is that it pairs with almost any drink from vodka to rum and baileys.

So feel free to experiment and find your very own best and ideal recipe that will make your day!

Of course, everyone would like to know how to store tasty Kahlua to its longest at home without causing any damage to the drink.

The very first thing you need to take into account is that the Kahlua expiration date is not a fixed date in fact.

Yes, the manufacturer recommends that the liquor is used within four years after it was produced, however, it doesn’t actually matter whether you already opened the bottle or not – Kahlua liquor can remain drinkable anyway and will save its taste and all the qualities for these four years after being produced.

How long is Kahlua good after opening though? Again, there are no strict requirements or recommendations regarding the duration of storage of the opened liquor bottle.

Also, no specific method of storage is known or advised.

The reasonable question occurs in connection with all this information: can old Kahlua make you sick?

In fact, if you drink the liquor, for example Campari liquor, that has passed its expiry date, you will not get badly sick and will not feel any bad effects on you unless you have a really sensitive stomach.

What you do can notice is the change of the taste and, perhaps, flavor but that’s all.

One more thing to be clarified is the validity term of the homemade Kahlua. Yes, this liquor can be made at home! And moreover, it can last as long as the original drink.

How long does homemade Kahlua last?

If you store it properly, the drink will keep its taste, flavor, and strength for approximately four years.

How to Store Kahlua. Storage Nuances and Tips

When it comes to storing food, we usually know what and how to do. However, with alcoholic drinks, it is not so easy.

Most of the alcoholic beverages are able to keep their quality much longer than the most durable food. Nevertheless, following recommended storage requirements is still a must.

Since Kahlua liquor is much more durable than many kinds of food, storing it is somewhat less effort-consuming.

Now that we have figured out the most essential points regarding Kahlua specifics and shelf life, let’s take a closer look at how to store the liquor correctly.

Many people wonder whether they should put the bottle of liquor to the fridge to preserve its qualities and taste.

Well, as a matter of fact, Kahlua liquor doesn’t require refrigeration in general but, as long as it must be served being chilled only, you’d better keep it refrigerated so that you won’t have to remember to do it every time you are going to take a drink or two.

However, if you leave the bottle if this drink in a pantry, no matter whether it is opened or not, the drink will still be good to consume.

Choose your own way of storage that fits you best of all, no matter whether it will be a shelf in your home bar or one of those posts that professional bartenders use.

And remember that Kahlua, just like the cocktails that contain it, tastes much better when consumed without any food!

Again, there are no strict rules regarding the Kahlua refrigeration. Normally, the liquor can be perfectly well if you store it in a pantry but the fridge will also do. The only thing you need to keep in mind is that Kahlua must be kept in a cool and dry place away from light.

The question is why would you need that? Kahlua is bad for freezing because, when being affected by frost, it becomes thick and chunky.

What you really need to remember well is that, no matter how you store your liquor, whether it is being kept in a pantry or in the fridge, always ensure that its cap is tightly sealed! Otherwise, its strong coffee flavor will evaporate and the drink will lose pretty much of its uniqueness.

How to Tell If Kahlua Go Bad

Even though liquors are pretty hard to spoil, your Kahlua may still lose some of its qualities when being stored improperly.

Anyway, it will still be safe to drink.

So, if you have been storing the liquor for a long time (a year and longer), you’d better check it for any mold, off smell and bad flavor before using – just to make sure it’s still ok. Also, if the taste is bland, the liquor also must be discarded.

Of course, if you suspect that something is wrong with it, discard the bottle, don’t risk.

Otherwise, make a shot with the liquor and give it a taste to check.

Does Coffee Go Bad? Fresh Storage Guide
Don't have enough
time to read in a day?
Get the most rated articles on your email!