At What Temperature Does Beer Freeze?

All You Ever Wanted To Know About Beer And More! 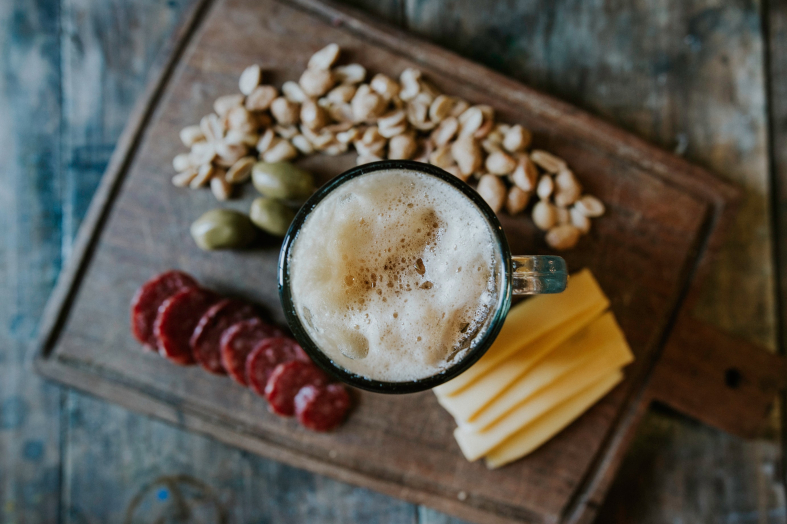 Taking a glass of cold beer is something every man is dreaming about on a hot summer day.

And of course, keeping a can or two saved for further consumption requires the drink to remain fresh and tasty.

That is why so many people wonder whether it is possible to freeze beer at home.

Well, in this article we will reveal all the secrets regarding the beer freezing point and a lot of other useful information about this drink.

To begin with, let’s figure out whether alcohol is able to turn solid under the impact of frost at all.

You probably know (or, maybe, you don’t) that pure alcohol is quite difficult to freeze at home, especially if we are talking about such kinds of it as ethanol and methyl alcohol.

However, it is far less complicated when it comes to alcoholic beverages.

Since these drinks contain more water than alcohol, their freezing point is higher than the one of pure alcohol. Of course, alcoholic drinks have a different amount of alcohol in them but still, normally their point of freezing is between the freezing point of water which is zero degrees Celsius and that of pure ethanol which is -114 C.

Related: An Answer to the Most Thrilling Question: Does Campari Go Bad?

Of course, it does just like any other kind of alcoholic drink!

The average temperature that can make beer freeze is normally something like minus two degrees Celsius.

Since the home freezing camera has -18 degrees Celsius inside, this is even higher than the temperature at which beer freezes.

Why Does Different Alcohol React to Freezing Differently?

So why do alcoholic drinks freeze at a different temperature? And why pure alcohol has such a low freezing point? Let’s find it out.

The more percents the drink has the more frost-proof it is, just take a look at vodka which will come out harmless after the night spent in a freezing camera!

The tank also matters surprisingly. The easier and better its material transfers frost the faster the content will turn solid.

It basically means that stronger drinks are harder to freeze since lighter ones are exposed to frost much easier.

For instance, the same vodka has 40 percent of alcohol and can be frozen solid at -27 C. Wine is about 12 percent and is easily frozen in a home freezer whereas light drinks like beer, for example, have only 4-6 percent (however, there are stronger and lighter variants with 0.5% or 20% alcohol).

How Much Alcohol Does Beer Contain?

We all know that there are many sorts of beer existing today. Some are stronger whereas others are lighter.

Normally, the average amount of alcohol in this drink is something between the four and six percent. However, there are certain sorts of beer that are much lighter containing only half a percent of alcohol (so-called low-alcoholic drinks) and others that can have up to twenty percent of alcohol.

There is even a sort of beer produced in Scotland that is proved to be the strongest beer in the world. Its alcohol percentage is sixty-seven and a half percent!

And of course, each type of beer will freeze  its own temperature rate.

As you could already guess, lighter sorts of beer will be able to freeze easier since they contain less alcohol.

How cold can beer get before it freezes? Well, it will not become solid in a blink of an eye, of course. The process of freezing will take place gradually. But the second the drink reaches its freezing point, it starts hardening. Respectively, different sorts of beer will do it at different degrees depending on the alcohol content.

Those that contain four percent of alcohol will turn solid at -2 C whereas stronger sorts will freeze at -7 degrees Celsius.

And if one day you decide to taste the strongest beer in the world which is 67.5 percent strong, note that it will most likely freeze completely at -40 degrees Celsius or something like that!

Well, now that we have clarified the “beer issue” more or less, it is time to check some extra questions people often ask regarding this topic. Such information may help to learn certain specific features of beer freezing that can become useful one day.

Does beer freeze in bottles?

What can we say? Be careful with the unopened beer bottles! While being exposed to frost, they can easily burst out and break leaving a mess in the freezing camera and leaving no drink to consume. It happens because the frost makes the drink expand, the pressure inside the bottle raises and -boom! – you’ve got a problem.

Does beer freeze in the freezer?

Since this kind of drink doesn’t contain much alcohol except very few really strong sorts, it can be simply frozen at home in the ordinary freezing camera.

What temperature does beer explode?

An unopened bottle of beer will most likely explode when the temperature of the drink will approach to its freezing point.

Use these beer freezing tips and you’ll have no trouble with this issue! This info will allow you to release yourself from any worries about whether to freeze or not to freeze, as well as make it finally clear how to deal with this alcoholic drink and how to store it so that it will be able to enjoy it later without any “adventures”.

Storing Alcohol Outside In Winter. Things You Need to Know

It is an especially common situation for the pre-Christmas time: you buy batches of beer and other beverages, but then you find out you can’t toss all of those cans and bottles into your fridge! Naturally, most of us think of keeping alcoholic drinks outdoors until they are consumed. But is it really a good idea?

Well, basically, it is! However, you need to consider what type of drink you will be keeping outside on a chilly winter day. You see, the freezing point of an alcoholic beverage may vary depending on how much alcohol it actually contains. For instance, wine and beer will freeze at -5 and -2 degrees Celsius respectively. It means that, if you decide to stick your beer can into the snowbank to cool it down, it’s ok unless you don’t forget it there. If you do, your beer will turn into a slushy mess!

However, if you think of keeping a bottle of liquor or vodka outdoors like that, feel free to do this with no fears since these beverages are quite strong meaning that they will not freeze in the snow! The freezing point of vodka, gin, and whiskey, for example, is -27 degrees Celsius, and Amaretto will freeze at -23 Celsius.

Why is that, you may ask? Simply because the temperature at night may drop down quite significantly in winter. And since not all kinds of alcohol are able to survive such fluctuations, there is a big chance you end up with a big mess in your car! Especially if we talk about beer, soda, and other “sensitive” drinks. But even an 80-proof whiskey can be in danger at times!

This is why always remember to take all the beverages out of your car for the night and keep them chilled in your fridge (or freezer if the drink will stand it).

What Aspects Make A Beer To Have A Less Freezing Point?

Beer in general does not belong to beverages that can survive low temperatures successfully. This brew will freeze at -2 Celsius already! Naturally, true beer fans may wonder why their favorite alcoholic drink has such a freezing point. Well, several factors condition that:

Now let us explain each of these aspects in detail. Let’s start with alcohol content. See, alcohol itself is what influences the icing rate of beer. Since ethanol that is present in alcohol freezes at -173, the more alcohol the drink contains the slower it will be freezing.

Nevertheless, beer also contains water! But this liquid freezes at zero degrees Celsius. And since beer contains more water than alcohol, you can guess that this beverage will become icy pretty fast, developing the ice flakes inside of the bottle.

Another factor that influences the freezing point of beer is the size and the material of its tank. The larger the container is, the more time it will take for the drink to freeze. Also, the tanks made of sturdy materials will make their content freeze slower.

Sugar content also matters since sugar works as a preservative. It keeps water from condensing and thus lowers the freezing point of the beverage.

What Would Happen If The Beer Freeze?

Anything can happen, and one of the possible scenarios is that you leave your beer outside or in the freezer overnight. What will happen in this case?

Well, first of all, the beverage will definitely lose its quality since the carbonation will escape. In addition, since the water that beer contains condenses, the taste will significantly degrade. The drink may even turn completely tasteless!

Finally, a can or a bottle of beer may crack or budge because of the difference in atmospheric pressure. So the conclusion is: never ever forget beer in the freezer or in the snowbank!

Since all types of alcohol have distinct freezing points, is there a beverage (or beverages) that is best suitable for the safe freezing?

Well, since most of us use a common freezing camera for storing such drinks long term, and the temperature in this camera is -18 Celsius, it will not be enough to freeze a bottle of 80-proof liquor, for instance. It will even be too much for a can of beer that freezes at -2 Celsius!

So we can assume that the best alcohol to freeze is strong alcohol. Vodka, whiskey, and liquors need lower temperature to turn icy which means you can safely keep them in your home freezer or even in a chest freezer.

Storing alcoholic drinks long term might be challenging since these beverages have different freezing points. This is why the best thing you can do is to keep drinks like beer or wine frozen for just a little while to simply chill them down. And stronger drinks can safely stay frozen longer.

What Is Vodka Made From? 11 Things You Didn’t Know About Vodka
Don't have enough
time to read in a day?
Get the most rated articles on your email!