That’s what we are going to find out today! 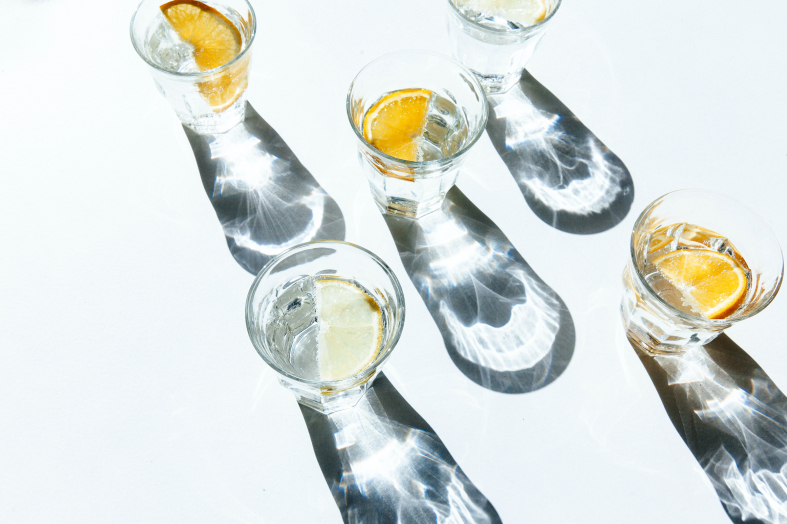 Vodka is one of the most popular alcohol drinks in the world. It is used in multiple cocktails and in a pure state, that is why consumers often wonder how long this drink can remain drinkable.

That’s what we are going to find out today!

It is well known that alcohol drinks must be treated with attention when they are being kept for quite a long time. Besides, not everyone knows for sure whether it is safe to keep alcohol long enough and how to do it correctly at all.

Vodka expiration term hangs upon many factors that include both conditions of the storage and the specifics of the drink.

Since vodka is an alcoholic drink, it has the same qualities and nuances that other liquids of this kind possess. Nevertheless, vodka is among the most durable alcohol-containing drinks and it can remain drinkable for years if stored correctly in the unopened bottle.

However, once the bottle is unsealed, it begins evaporating, so the lifespan of vodka reduces rapidly and it won’t taste the same in, let’s say, something like ten years.

As for the shelf life of vodka, people usually have plenty of questions regarding this issue.

If the bottle is unopened, feel free to keep it for years (under the proper conditions, of course!). But once it’s unsealed, you’d better drink it within two years, otherwise, the drink will start losing its qualities significantly.

An opened bottle of this liquor, like Kahlua liquor, is able to remain drinkable for two years without losing its taste and other characteristics.

Unopened vodka last for 30 years if it does not contain any additional flavors in it. At the 41-61°F in the dark place in the glass bottle, it will usable for 30 years and longer.

Well, there is no precise term set for this but people say that this drink will stay consumable for many years if stored under the correct conditions in the unopened bottle.

Of course, those who deal with alcoholic drinks on a regular basis know the nuances very well but what about the ordinary consumers?

How do they know what storage rules to follow?

Related: An Answer to the Most Thrilling Question: Does Campari Go Bad?

Does vodka go bad in a heat? Vodka can go bad faster if the temperature is more than 61°F. Its shelf life will be 3 years if the vodka was heated and has access to the sun raise exposure. The shelf life of vodka if is stored in a 41-61°F in the dark place is 30 years.

Proper storage conditions guarantee the longest lifespan of the product, that’s what everyone knows.

Alcohol-containing drinks and vodka, in particular, are not the exceptions.

To make sure that the liquor will stay drinkable to its longest, follow the recommended tips precisely.

Can vodka stay warm, many of you ask? The answer is no. By no means, to be precise! Of course, there is a common belief that the distilled spirits including vodka feel perfectly well when stored at room temperature but experts insist on storing them at 55-60 F since storage in a relatively cool place extends their shelf life.

Remember that, when alcohol is in a warm surrounding, it evaporates faster and will change the taste sooner than it should.

Vodka is afraid of the sun! Yeah, this vampire-like trait is common for many spirits. When exposed to direct sunlight, these drinks lose thair qualities faster even though it won’t make them literally spoiled or dangerous to drink.

Yep, storing vodka requires a vertical position. Unlike wine, liquors tend to ruin the cork which can seep into the drink if the bottle is kept on its side.

Another frequent question is: how to store opened vodka? In fact, it’s not a big deal! Just make sure that the bottle is sealed tightly and is hidden in a cool and dry place away from the direct sunlight.

Of course, an issue of old vodka bothers many consumers. Does vodka expire? Does vodka go bad after opening?

Let’s figure this out.

So, does vodka go bad? Yes, vodka can go bad if the bottle was open in 15 years. If it was in the plastic bottle or in tetra packs, vodka will go bad in 3 years. But vodka in the glass bottle and if it was stored in a 41-61°F in the dark place can last for more than 30 years.

In fact, it is nearly impossible to make this drink turn bad not saying about spoiling. What must indeed be considered is that vodka will evaporate with time and become less strong but that doesn’t mean it’s spoiled.

To make the liquor really harmful to people, it must be stored in the improper conditions, exposed to direct sunlight in a bottle that is not tightly sealed.

In such a case, harmful bacteria and yeast strains will start developing which may lead to food poisoning after consuming such a drink.

So if the liquor tastes or smells bad, or it has contaminants inside the bottle, discard it without regret.

Is Vodka Bad For You?

And here comes the most thrilling question: is it bad to consume vodka at all?

Everyone heard that alcohol is bad for our health but people still keep on drinking it! So is there any harm in drinking vodka?

So, taking this information into account, it would be wiser to reduce the consumption of this spirit to the most or, in the best case, to refuse to drink it at all.

For sure, there is a lot of misinformation regarding vodka, and people are confused about what to believe or not.

Here are the questions that are asked frequently and the answers that’ll help you to figure everything out.

⭐Does vodka need to be refrigerated after opening?

That would be the best option since this drink likes cool and dry places for storage. Only make sure that the cork is sealed tightly to prevent evaporation.

Normally, an unsealed bottle can remain drinkable for many years, however, when kept under the wrong conditions, there’s a risk of spoilage so be careful.

⭐Can old vodka make you sick?

Bad vodka may indeed cause food poisoning so check the bottle by sniffing and examining it for contaminants inside the liquor.

⭐Does alcohol go bad in the heat?

Alcohol does evaporate faster under the impact of heat which leads to the reduction of its qualities. However, if kept warm too long, it may indeed go bad

⭐Does vodka have an expiration date?

Normally, an opened drink must be consumed within two years since after that term it starts losing its qualities.

⭐Does vodka go bad in the heat?

Like any alcohol-containing drink, vodka may spoil if we keep the bottle under the wrong conditions e.g. constant heat and direct light.

Read next: What Is Vodka Made From? 11 Things You Didn’t Know About Vodka

How Long Does Red Bull Last?
Don't have enough
time to read in a day?
Get the most rated articles on your email!