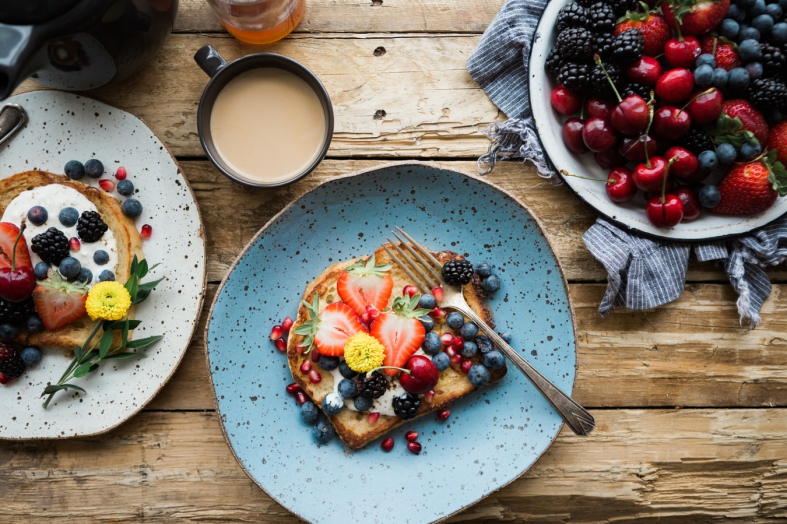 Brunch time is the busiest period of time at any restaurant or the cafe. But if you often serve brunch at home, learning several hints of how to make this meal posh and high-style can be a great help! Besides, the basic rules regarding the branch etiquette will be handy even for those who prefer to drop in the nearest cafe.

So, meet the 14 commandments of a classy brunch!

To be brief, brunch is a meal that is taken between breakfast and lunch. Some say it’s more like a late breakfast, others call it an early lunch, but in fact, it doesn’t matter that much.

Traditionally, brunch consisted of quite heavy food like fried bacon, eggs, cheeses, bread with butter, cookies, and porridge. But today, it’s not a problem to find much lighter versions that include salads, toasts, and various sweets for the dessert.

When You Are Eating Out

Most of us are so busy that we prefer to eat brunch at the nearest cafe or a restaurant close to work.

If that’s your case, we suggest you keep in mind several useful tips regarding what to do and what to avoid when you’re dining.

It’s there not for decoration, it really shows what the establishment can serve. So if there’s no mocha or frappuccino on the list, don’t even ask for them since those drinks weren’t even meant to be made.

If the brunch starts at 11, it means that the establishment’s stuff will need every minute to set the tables and prepare everything. So don’t drop in at even 10.55 to make them drop everything just because you couldn’t wait for 5 more minutes.

Don’t even try to order from the dinner menu

It’s BRUNCH so there’s a specific menu for this particular meal, besides, the kitchen has to get ready for the dinner which means they can’t serve anything from the dinner menu before dinner.

If you order something that’s not on the menu or you want the existing dish to be cooked in a specific way, it will slow down the kitchen.

Don’t be the egg diva!

Most of the brunch menus have egg dishes on the list, but you’ll do a great favor to the whole stuff when ordering them as they are instead of asking to remove this and that ingredient, and replace those two with other components. Remember that you’re not the only guest here.

The major brunch rule: the number of glasses on the table must be equal to the number of people. Please, don’t make a waiter fetch drinks for you every 15 minutes, otherwise, he/she will simply “disappear” until you leave.

Ask about the extra charge

Sometimes we’d like to order a side of something or ask for a substitution. In most cases, that won’t cost you a fortune, but still, ask a waiter before making an order if there’ll be any extra charge!

Be generous with tips

Yes, it’s just brunch, but it doesn’t mean we can tip less. Brunch is probably the busiest time for any restaurant, so be kind to those who served you.

If you finished your meal and you see that waiter already cleaned your table, it means that it’s time for you to go. Brunch is to be eaten fast since there’re always many people waiting to eat, too.

Pay one bill with the one card

Of course, you can pay with cash, too, but when using a card, don’t split the single bill between several cards! That will slow the server.

Things to remember When Being Invited For Brunch

Brunching at someone’s home is somewhat different. Here there’ll be no hurry, no need to pay, and nobody will be waiting for you to leave. Still, certain rules must be considered when someone invited you for brunch.

If you’re hosting a brunch party, and especially if it will be outside, thinking of how to decorate the table is a must. Simply covering it with a tablecloth is too boring, so why not make it more creative?!

⭐ What should I make for friends brunch?

In fact, any simple dishes that you and your friends like will be fine. Remember that it has to be something light enough that takes little time to prepare.

⭐ What is brunch an example of?

Brunch is a late morning meal that combines breakfast and lunch.

⭐ What is it called when you eat at night?

An evening meal is called supper or dinner, but if you’re eating late at night, that looks more like a night eating syndrome.

⭐ What is brunch food?

⭐ What time is too late for brunch?

Probably, anything later than 2 p.m. will be too late.

⭐ What is the difference between breakfast and brunch?

⭐ What is a good brunch menu?

A perfect option would be to serve toasts with butter and jam, sandwiches, salad, bacon, eggs and beans, and something sweet for the tea.

What Time Is Brunch?

7  Non-Dietary Products That Help To Lose Weight
Don't have enough
time to read in a day?
Get the most rated articles on your email!