Let’s dive deeper into this question 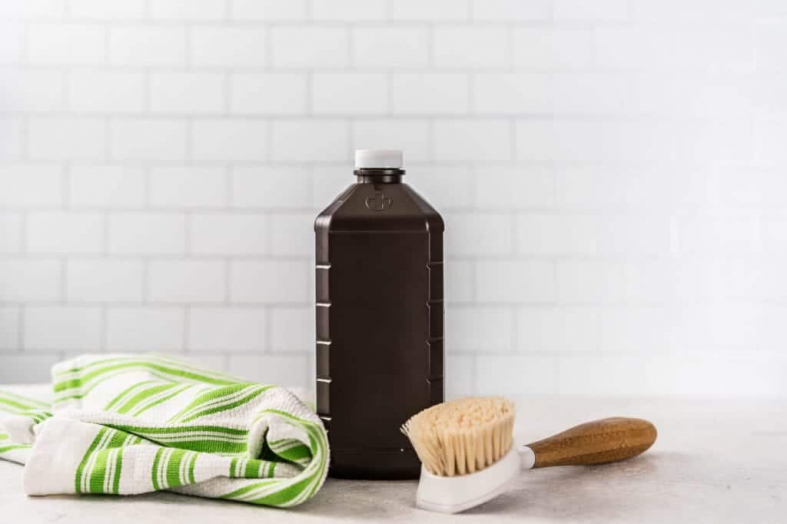 Hydrogen peroxide is the compound that is used not only is chemical laboratories but it can also be applied in a household. People still often use it as an antiseptic, in addition, bleaching qualities of hydrogen peroxide are known very well, too.

Those who use it often enough wonder what the pH level of hydrogen peroxide is.

Is Hydrogen Peroxide Natural Or Artificial?

Before we start immersing into the nuances of chemistry, we need to clarify what hydrogen peroxide in fact is and how this substance is produced.

To begin with, hydrogen peroxide is a compound that looks like a very light-blue and clear liquid. Its chemical formula is H2O2.

It is a bit more viscous compared to water and this compound is very unstable. Hydrogen peroxide compounds tend to decompose gradually under the influence of light, that is why hydrogen peroxide is normally stored in the bottles made of the dark glass with some stabilizing agent and in a slightly acidic solution.

Despite the fact that this compound is found in many biological systems including the human body and it actually has a natural origin, today it is manufactured artificially in many countries all over the world from Belgium and the USA to Thailand and China.

Since the process of production is quite complicated, modern laboratories have found a way to make it simpler by using only water, electricity, and air, however, this approach has not been widely introduced yet.

If you are curious about how hydrogen peroxide works, then you’ll be quite surprised since this compound is found not only in chemical labs!

Is Hydrogen Peroxide Acidic Or Basic?

According to the sale of acidity and basicity, the compounds that have a pH level from zero to six are acids and those with a pH level from eight to fourteen are basics. Compounds with a pH rate equal to seven are neutral.

Is hydrogen peroxide an acid or, maybe, it is a basic compound?

According to its pH level, hydrogen peroxide belongs to weak acids.

But what is this pH level? Now we will find out the answer.

What Does pH Level Show?

We meet these two letters – pH – almost everywhere, not only in chemistry but also in cosmetics, housekeeping, and even in baking!

What do they mean?

pH is a measure used for defining the concentration of hydrogen ion, in other words, it is a measure of acidity or alkalinity of a solution.

However, the trick is that very strong acids often have negative pH whereas very strong basics will have it higher than fourteen.

So what is the pH level of hydrogen peroxide, you may ask?

Since this compound is a weak acid, then, according to the pH scale, hydrogen peroxide must be somewhere below the indicator of six.

However, everything is not so simple. The pure hydrogen peroxide pH must be below 4.5 to make the compound stable.

However, different H2O2 solutions may have different pH levels depending on the content of the hydrogen peroxide and the presence of any additional components (e.g. stabilizers, etc.).

For this reason, for instance, the pH of hydrogen peroxide 3% is almost impossible to calculate since different producers may add various buffers, etc. to the solution.

What Is PKA In Chemistry?

Except for the pH rate, we can often hear about the pKa of these or other solutions or compounds. Hydrogen peroxide acid is not an exception.

What is pKa and why is it important to know?

To be short, the pKa value indicates how strong an acid is. The lower the value the stronger the acid and vice versa. Respectively, stronger acids separate in water better.

Speaking of peroxide acid, it is good to know to be able to calculate how much of it one will need for certain purposes, for instance, or how it will react with water.

The hydrogen Peroxide PKA level is 11.7.

Since hydrogen peroxide is widely used in a household, it will be useful to know the answers to several most widespread questions regarding this substance. Like that, you’ll be able to work with this compound correctly.

Yes, there are several compounds that contain hydrogen peroxide and are solid. One is urea peroxide and another is sodium percarbonate. When dissolved, they both give a high concentration of H2O2.

People often wonder whether it is safe to mix together hydrogen peroxide and bleach to get better effect. We wouldn’t recommend doing that since mixing these liquids will most likely lead to an explosion that can be dangerous and cause injuries since it’s corrosive to skin, eyes, and out insides.

Peroxide must bever be mixed with bleach because of the threat of an explosion. Also, vinegar and H2O2 create a highly corrosive substance that is dangerous to our skin, eyes, and lungs.

Now you are aware of the basic hydrogen peroxide specifics. Remember that it’s harmful to our skin so you’d better not use it for wounds treatment even though it is an antiseptic.

And be careful when working with this compound no matter how concentrated it is and always protect yourself with the gloves.

Hydrogen Peroxide and Bleach | All The Risks
Don't have enough
time to read in a day?
Get the most rated articles on your email!