Things To Never Ever Do With Peroxide

Memorize to never screw it up! 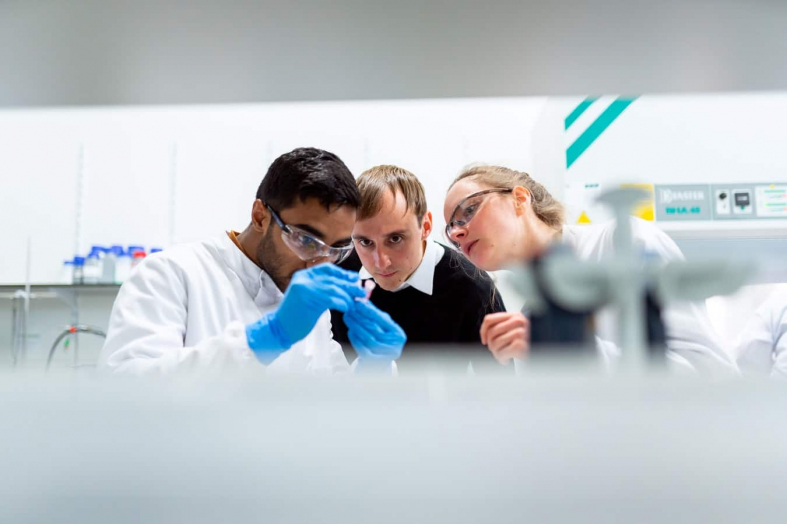 Probably, every family has a bottle of this liquid at their disposal. Peroxide is known to be an almost universal cleaning remedy, and of course, we tend to apply it anywhere we need to clean mold and other unpleasant things.

But is this magical product so good indeed?

To make you aware of possible danger, we gathered several never-do-it-with-peroxide things one must never do with this chemical compound.

Read carefully and remember what must be avoided by all means.

What Is Peroxide In Fact?

This liquid that we all know so well is a chemical compound that consists of oxygen and hydrogen. It looks like a very pale blue liquid that is a bit more viscous than water. This stuff is used for bleaching, oxidizing, and as an antiseptic.

The compound is rather unstable and it easily decomposes when being exposed to light for quite a long period of time, that is why oxygenated water is sold and stored in the dark bottles.

People often get confused when they need to dilute this chemical for some purposes. To make it easier, we now provide you with a simple comparative chart which will finally answer the question of how much water and peroxide to blend!

Never Do It With Peroxide. What to Avoid When Using This Chemical

At home, we often go for this compound when we are in need to clean something. It is perfect for whitening our kitchen linens, for dealing with dirty baking sheets returning them their initial shiny look, and for fighting bacterias.

For quite a long time, oxygenated water (that’s another name of peroxide) was considered to be a multipurpose cleaning liquid, but recent researches showed that it may not be that safe as people used to think.

Certain misuses of this chemical can be rather harmful to humans, and you’d better know what must never be done with this product.

Never go for it to treat deep cuts

Yes, years ago, this compound was used for treating cuts and wounds, and even today it is a staple in many first aid kits. But recent researches showed that applying it to cuts and scratches is harmful since H2O2 destroys the healthy cells around the damaged skin. Respectively, instead of speeding up the healing process, it delays it keeping the wound open longer.

Don’t use it without gloves

Oxygenated water is a chemical thus your hands must be protected when using it. Even though it is not toxic, the compound can easily burn the skin and even make your fingertips white!

Avoid it getting to your eyes

Since the compound has an irritative effect on skin and mucous membranes, it will also harm our eyes once getting in contact with them. So, if you are using this product for cleaning purposes, either wear protective goggles to avoid sudden splashes or just be very careful and keep your eyes away.

If peroxide gets into the eyes, flush them with a lot of water for fifteen minutes and visit a doctor. If you wear lenses, remove them before flushing eyes.

Never blend it with acetum

This is probably the most important never-do-it-with-peroxide thing! When being combined together, these two liquids create peracetic acid which is very corrosive and can easily damage our eyes, skin, throat, nose, and even lungs!

However, using these liquids in succession on the same surface is fine.

Why would someone ingest it, you may ask? Well, probably nobody would do that for purpose, indeed, however, some people believe that intaking pure peroxide might be good for health, besides, since diluted peroxide is often used for flushing a mouth, some amount of it can be accidentally swallowed.

Never do that since this liquid causes abdominal stress, vomiting, and blistering in the mouth.

Don’t make use of it if it’s not fizzy

Fizziness is the sign that peroxide is still ok. If it’s gone, then the compound will most likely turn into water and won’t be effective anymore. The decomposed liquid is not harmful, but using it will also be impossible.

Don’t breath it in

Make sure you don’t inhale this chemical accidentally. If you did, seek for the fresh air. If someone breathed it in, and his/her breathing is difficult, administer oxygen. If a person doesn’t breathe, give artificial respiration, and go to the hospital instantly.

Peroxide is not toxic, however, it can cause bad irritation. So, if some of it dripped on your bare skin, flush it with water and apply emollient. If the contact was serious (e.g. a massive spill), apply disinfectant soap and antibacterial cream, and visit the hospital.

Peroxide must be kept away from heat, moisture, and any sources of ignition. Keep the bottle screwed tightly and far from organic materials, metals, acids, and oxidizing agents.

Don’t transfer the liquid to another tank

The compound is sold in the bottles that properly designed and vented for this purpose. Pouring it to another tank that’s not meant for it can be dangerous. 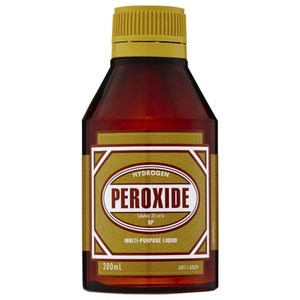 s when mixed at high concentrations.

Don’t combine it with organic solvents

Such a blend will result in the explosive liquid that is dangerous for your health.

Yes, it does kill bacteria, and also fungi, yeasts, viruses, and mold.

⭐ Why does hydrogen peroxide fizz when it gets on a cut?

It happens because blood contains the enzyme catalase which comes into reaction with the compound and turns it into water and oxygen.

⭐ Is hydrogen peroxide good for cleaning?

Yes, it is a good mold remover and whitening agent.

⭐ When peroxide bubbles does it mean infection?

No, that actually means that it is killing bacteria.

⭐ What does hydrogen peroxide kill?

⭐ What are the common uses of hydrogen peroxide?

It is usually used for whitening, cleaning mold and stains, sanitizing, and disinfecting.

⭐ Does peroxide kill germs on toothbrush?

Yes, if our brushes are kept in a 3% peroxide solution, it’ll help to disinfect them.

⭐ What can I mix with hydrogen peroxide?

Isopropyl alcohol is safe to mix with peroxide but only if it’s done right before using them.

Olivia is a Former Four Season Service Manager she worked there for 15 years. She knows all the nuances and secrets of hotels, houses, and apartment cleaning. We are very proud that she is a part of our team of Experts and shares her knowledge and experience with us.

Hydrogen Peroxide and Bleach | All The Risks

How To Get Lipstick Off Your Garments

6 Facts About Natural Bathroom Cleaners. You Should Try It
Don't have enough
time to read in a day?
Get the most rated articles on your email!