What’s the Difference Between Rice Wine and Rice Vinegar? 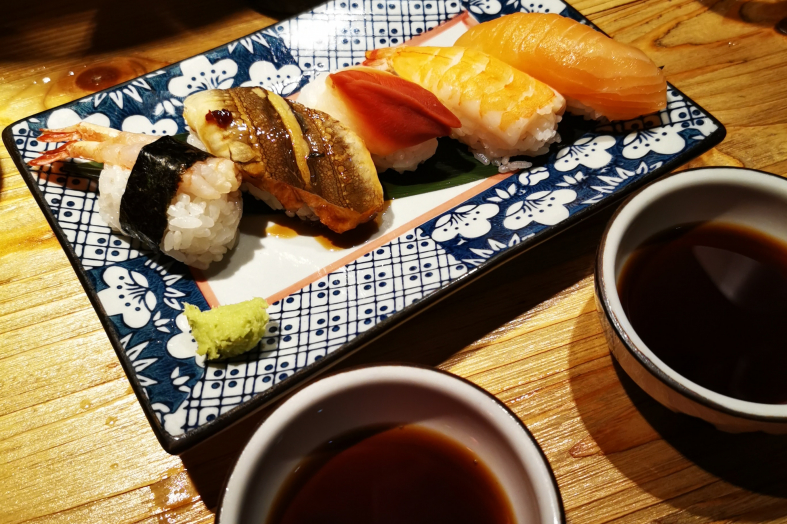 Japanese food-making tradition is known for using unusual ingredients such as rice vinegar, for instance. This product is widely appliable in making sushi, as a dressing, and for sweetening some sorts of fries.

For sure, Europeans and other non-Asian folks are not familiar with this product so many of us probably wonder: is rice acetum the same as sake vinegar?

In addition, not everyone knows what sake is.

So today we’re going to provide you guys with the nuances of this issue.

What Is Rice Wine Vinegar?

This product came to us from Asian countries – Japan, China, and Korea. In those lands, it is the number one ingredient in nearly all the dishes of national cuisines!

Naturally, over time, it reached Europe and America, making their dishes become enriched with its exotic flavor and specific taste.

Rice wine vinegar, as it comes from the name of the product, is produced from the cereal starch. The process includes fermentation of sugars that rice contains turning them into alcohol, and after that, converting into acid.

If we compare this product with, let’s say, an ordinary vinegar, its cereal counterpart will be less acidic, and the aroma of white rice wine vinegar will be different, milder, subtle, and even slightly sweet.

Related: Can You Freeze Guacamole?

Types Of the Product

Since it is widespread in different Asian countries, this product may vary in color and other characteristics hanging upon the country of origin and production.

Its color varies from clear and transparent to dark hazel and almost black shades.

It is less acidic than European and even Japanese products.

Its coloring is also different ranging from transparent to very light-yellow.

In Japan, there’s also a seasoned product that is recognized by the included sake, sugar, and salt.

Today, it is easy to purchase any of those kinds of this condiment since online-shopping has become an irreplaceable part of our lives. Also, shops that sell Asian foodstuff often have these products.

The Product’s Areas Of Use

When speaking of exotic and rare products, we naturally become curious about where they are used.

As for the rice vinegar, its area of application includes cooking mostly.

In the countries of origin, it serves as an ingredient in dressings, for making sushi to add more taste to them, and also, due to its sweetness, some fries include it, too.

It is also perfect for marinades since the condiment mitigates the strong odors of certain meat and fish products and foods.

If you’re not knowledgeable about the specifics of Asian cuisine, it may be complicated to figure out where to make use of this comparatively seldom used liquid.

However, we can give you several handy suggestions!

As for more unusual areas of use, why not try it as a washer for whites or as a face toner? Yep, people claim that this condiment may avail itself even like this!

What Vinegars Can I Substitute For Rice Vinegar?

This is a common issue when dealing with Asian food. Since most of the recipes require some exotic ingredients that are sometimes pretty hard to find in ordinary grocery stores, people start wondering what they could use in food-making to replace the rare components in the recipes.

The search for proper substitutes can be rather a time-consuming task that may end up with failure.

Since it is mostly regarding sauces when such trouble happens, we can help to find those ingredients that you could substitute initial components for.

So, no more need to search for the answer surfing the internet since it is right here!

Of course, a question may occur whether other vinegars (for instance, white wine vinegar or red wine vinegar) could be ok for that purpose.

However, everything is not so simple since not all vinegars can replace rice vinegar the same well. What you must pay attention to is not the color of vinegars but their taste and odor.

For instance, white vinegar is not the best choice for food since it is too harsh and sour unlike the rice vinegar with its mild taste and sweetness.

A frequent question that people often ask is “Can I use plain white wine instead of rice vinegar when cooking?”. Well, it’s up to you in fact. White wine is far less strong compared to its Japanese counterpart, and it is not so sweet. Quite many recipes exist that ask for white wine so if you don’t want (or have no time) to search for the rice wine vinegar, it’s ok to replace it with regular wine.

What Recipe Can I Use Rice Wine Vinegar For?

Since all of us know that this product is widely used in Asian cooking tradition, we stumble when in need of making some food ourselves.

Do you also think that only Asian foods can use this vinegar? Then we will show you far more that one recipe that requires this ingredient!

Naturally, sooner or later everyone faces a dilemma: is sake the same as rice wine vinegar?

Perhaps, people get confused with similar names but in fact, the distinction between them is quite significant.

Since each of them is produced of fermented cereal, for producing alcoholic beverage, yeast turn sugars into alcohol.

Vinegar, on the contrary, has one more stage presented by turning alcohol to acid.

Latter is known as a cooking ingredient whereas an alcoholic counterpart is meant for intaking mostly (even though it’s often added to foods).

Is it true that rice acetum and sake vinegar can be interchanged? Unfortunately, it’s not. The optimal substitutes for the first one will be dry sherry or white wine whereas for the latter apple vinegar fits best of all.

To make the distinction clear, let’s take a closer look at such a product as grain alcohol.

White grain beverage is an alcoholic liquid refreshment, and its alcohol content is surprisingly high compared to some Western beverages.

A bottle of this beverage contains between eighteen to twenty-five percent of alcohol (compare it with 3-9% in beer and 9-16% in alcoholic refreshments).

If anyone ever wondered “What is grain alcohol called?”, its real name is sake.

Is Sake and rice vinegar the same for Cooking Goals?

When it comes to culinary, people start wondering: is there a difference between how we make use of grain acetum and grain sake vinegar?

Grain alcohol and rice vinegar have different structures since sake is an alcoholic drink and its counterpart is not.

For this reason, grain acetum is good for preparing marinades and dips, for dressings, and for all sorts of flavoring in general. On the other hand, grain alcohol would be better for highlighting the food’s taste and enriching its flavor but that’s all.

Now we hope that you’re more knowledgeable about the peculiarities of these two products than before.

Both of them are quite easy to find and use, and the result will be enjoyable since they will enhance the original taste of dishes adding special notes to them.

Vinegars You Didn’t Know: Health Benefits And Types Of the Product 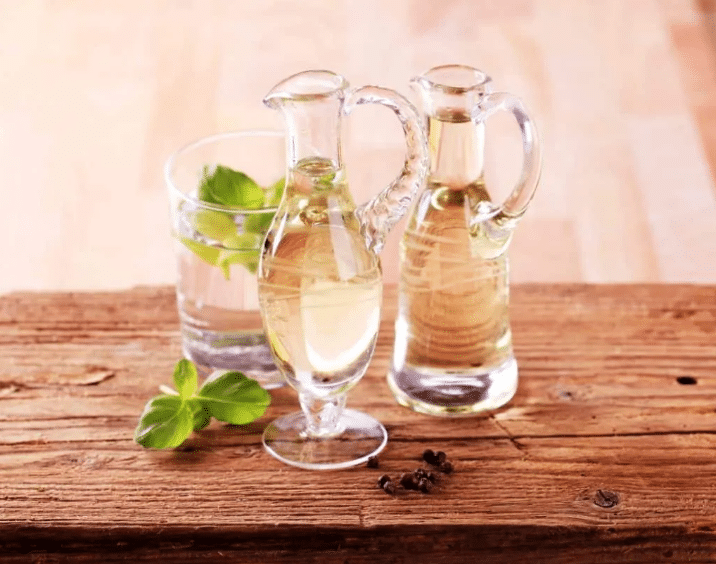 Can Teriyaki Sauce Go Bad? All the Secrets About the Product You Wanted to Know
Don't have enough
time to read in a day?
Get the most rated articles on your email!