How to store canola oil and keep it usable longer 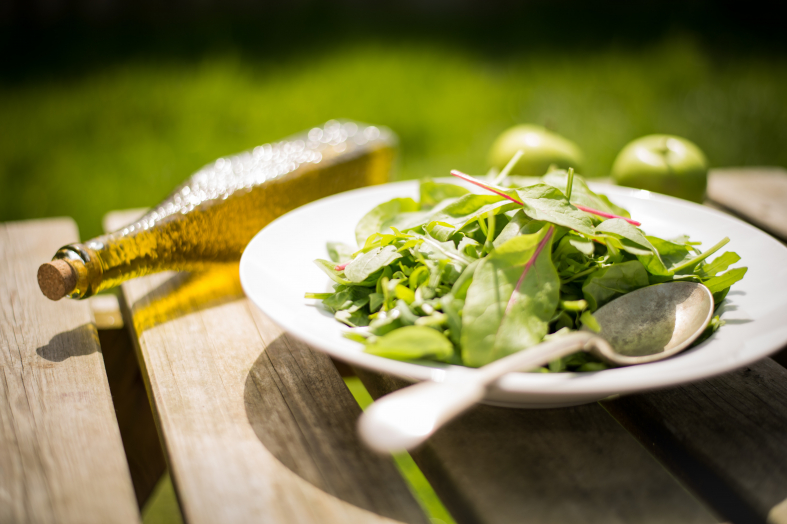 Canola oil is a great replacement for any other vegetable oil in the kitchen. It is better for our health and has a lot of useful elements in it.

We have prepared several handy tips for you to teach you how to store canola oil and keep it usable longer.

Yes, canola oil expires like any other oil. But it doesn’t go bad totally, and you can consume it anyway. If you see the signs of spoilage like flakes, mold, or unpleasant smell, you should spill it away. And don’t use it if canola oil becomes rancid. Rancid oil is the oil where chemical reaction goes and causes fat molecules to oil break down. It is totally up to will you to use it or not, but if your canola oil expires, you can spoil your favorite dish with it.

So, does canola oil expire? Yes, canola oil expires like any other oil. Canola oil has a shelf life from 6-12 months at 50 °F – 53,6 ° at room temperature, don’t keep it in the fridge. If you see signs of spoilage like flakes, mold, or unpleasant smell, you should spill it away. Don’t use rancid canola oil. 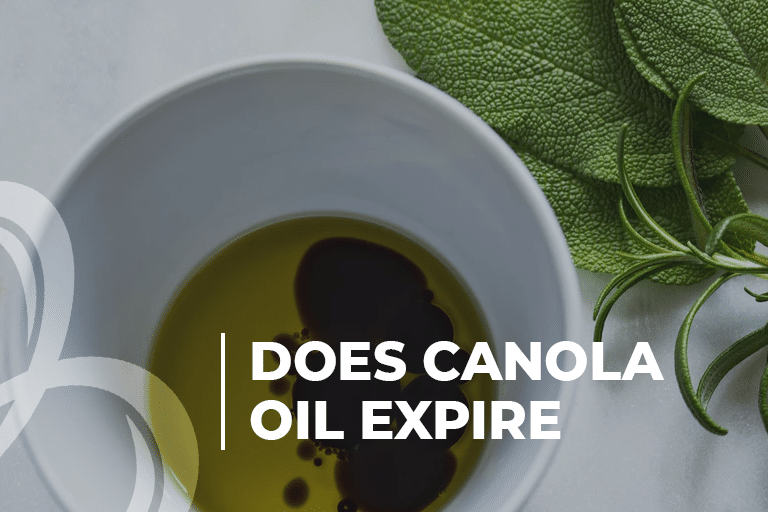 Canola oil may not be so popular as sunflower oil or olive oil but it is no less useful and healthy.

Canola is good for our heart health as it contains less saturated fat compared to other vegetable oils.

Instead, the amount of unsaturated fats is much higher in this oil rather than in other oils one uses in the kitchen for cooking. It means that canola oil is safer to use regarding the cholesterol level.

This product is also good for our blood pressure and cholesterol level being able to prevent different heart diseases.

As for cooking, canola oil is more preferable compared to sunflower oil, for example, because it has a very light flavor and a high smoke point which makes it pretty hard to burn, unlike the same sunflower oil that has a strong smell and is easy to get burned.

Canola oil is also a multipurpose product. It can be used for frying, grilling, and baking, as well as for making sauces, like soy sauce or teriyaki sauce, dressings, and marinades. It can even successfully replace margarine!

Since it is so useful and healthy, why not to learn more about its storage specifics?

Related: Can You Freeze Guacamole?

Canola oil is vegetable oil and, like any oil of this kind, it has its term of validity.

How long is canola oil good for? Well, everything depends on where you keep it and under what conditions.

How do you usually use canola oil?
For dressing vegetable salads
0%
For frying
71.43%
For baking
28.57%
I use canola oil in cosmetology
0%

As you may already know, vegetable oils are best to store in a cool and dry place with no access to light. Also, the tank with the oil must always be tightly closed.

That is why canola oil expiration depends on these factors, too. However, take into account that, after the bottle with canola oil is opened, it can be kept consumable for nearly one year if it’s being stored in the pantry.

So, as a matter of fact, the shelf life of canola oil depends on several main factors which are the temperature in the storage room (that must not fluctuate), the light (no direct light is allowed), and the level of moisture (the lower the better).

To meet all of these requirements and provide a proper canola oil storage, it would be better to keep the bottle with the oil in a pantry or, at least, on the shelf in a kitchen cupboard. Just ensure that the oil is as far away from the oven and other sources of heat as possible. You see, temperature fluctuations have a bad effect on any oil and canola is no exception. Actually, the light has the same effect, too.

Does canola oil go bad on the shelf?

In fact, it doesn’t if all the storage requirements are met. Actually, when being correctly stored on the shelf, a bottle of canola oil can easily stay usable for something like a year.

If it so happened that you can’t provide the canola oil with the necessary storage conditions, it can be refrigerated safely, however, please note that when being exposed to the influence of cold, canola oil will become somewhat cloudy.

As for the storage duration, an unopened bottle of oil will last until its “best-by” date and will remain usable even within 6-12 months after that time.

An opened bottle will be possible to consume within 6-12 months.

The freezing point for canola oil is -10 degrees Celsius, however, this storage approach is not recommended because, first of all, freezing will not extend the lifespan of the oil and second, it will, on the contrary, contribute to its sooner rancidity.

Nevertheless, even if being stored correctly, canola oil can still go bad like any other vegetable oil that has been kept for too long.

How to tell the difference between good and bad oil? We know that, as well!

Right after the bottle of oil is opened, it gets access to the oxygen which, in its turn, starts the oxidation process. It may lead to oil rancidity.

The process is comparatively slow and if you seal the bottle tight, it can help to keep the oil fresh longer.

The very first sign of spoilage is the canola oil smell. If you sense the off odor, it means that the oil is getting bad and rancid. Also, the change of color can tell you that something is wrong. If the oil became darker, check it for any spoilage at once.

Can expired oil be used for cooking?

Definitely not! When being rancid, canola oil (and any other vegetable oil, in fact) becomes somewhat poisonous to our body and can cause food poisoning when being consumed.

Canola Oil Safety And Keeping. All the Important Things You Were Concerned About

Unlike many other cooking oils, canola is not that frequently met on the store shelves. That is why consumers often wonder how to deal with it properly and what it is important to be aware of to use this foodstuff for good.

To make you a bit more familiar with this oil, we have prepared a brief list of the most important content regarding canola.

They say that canola oil can be harmful, and many people become worried about this. Well, basically canola oil contains unsaturated fats that are healthy and safe. However, since it uses the element called hexane during the process of oil pressing, this solvent when being in contact with the heat can create trans fats, destroy the omega-3 and make the foodstuff quite bad for us to consume, as well as decrease its quality.

Nevertheless, it works only for large amounts of oil since if we intake one tablespoon of canola daily, there will be no harm, but who does that? We usually use significantly more of it, right?

Like any oil, canola likes shaded or even dark places with no heat. It is not recommended to re-pour it to another tank after purchasing because in this case the oil gets in direct contact with air and can become oxidized. Which, in its turn, means that such transfer can speed up the spoilage process.

Simply stock it at room temperature and make sure that the bottle is sealed properly, and your canola will serve you to its longest!

Since this foodstuff can easily get oxidized, it is recommended to ensure that its bottle is always properly screwed.

In addition, when purchasing this oil, give preference to the brands that sell their foodstuff in dark glass bottles since it protects the oil better than clear glass tanks.

Finally, if you’re not sure whether the room temperature in the kitchen (or the place where canola oil is kept) is correct, buy a home thermometer to be able to check it regularly. Like that, you’ll help not only canola oil but the other products, too!

Why do so many people start shifting to canola instead of using sunflower oil? Well, there are several reasons for this.

Now that you have already learned the basic specifics and rules of canola oil storage, ensure you will be using them daily in your kitchen to keep the oil fresh and durable and to avoid any foodborne diseases caused by the consumption of the spoiled products.

Take care of your own health and the health of your family members!