Why Do Some Water Bottles Freeze And Others Don’t?

We will try to give an answer to the most thrilling mystery of the Internet! 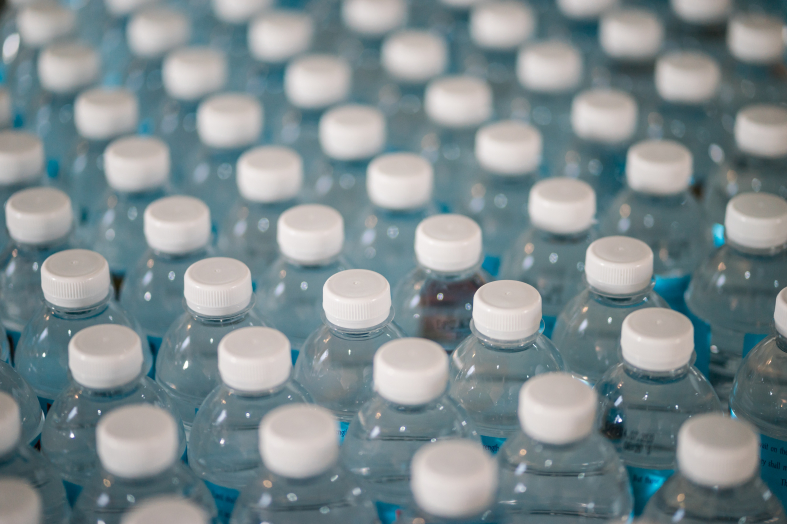 When we need to freeze water, we usually toss the bottle or two into the frosting camera, and after a while, a tank of cold or even icy liquid is ready to consume! However, some people started noticing that certain water brands will not freeze at all!

What could be the reason, and why does water not freeze properly even when being placed into the freezer where the temperature is right for turning the liquid into the ice? This is what we will try to investigate and explain today!

Why Does Bottled Water Not Freeze?

To answer this question, we need to remind you first that water freezing is possible only when the surrounding temperature is zero degrees Celsius (which is equal to 32 degrees Fahrenheit). Only under such conditions will the water in the bottle be able to freeze completely.

However, if the liquid is too purified, or if some chemicals were added to it, freezing may become complicated if not impossible at all! Now let’s explain that in detail to make it clearer.

There are several reasons why water may not turn into ice even if we place the bottle into the frosting camera with zero degrees Celsius inside.

In case of supercooled water, it means that the liquid already has a temperature that is below the normal freezing point. However, such water still remains in the liquid state because it lacks something that will kick-start the solidifying process. Without such a kick-starter, the molecules of water keep on moving around independently instead of getting together in a regular arrangement to form crystals.

What can serve as a kick-starter to make liquid water turn into ice?

Well, it can be anything from a piece of dust or a rough spot on the surface of a bottle to what we call a shock-wave. The shock-wave is generated when we, for instance, hit the water bottle right out of the frosting camera.

Another reason why water would not turn into ice even when being placed into a freezer is that it is heavily filtered. In this case, all the impurities are removed from the liquid.

In its turn, it means that there is nothing in such water that can serve as a kick-starter for the freezing process since water needs contaminants to form ice crystals.

Finally, water may not solidify at all because of certain chemicals that were added to the bottled water and prevent freezing, for instance, propylene glycol. However, this version is very unlikely since the water we drink is regularly checked and tested for any chemicals.

If there was anything in it that seemed harmful, such liquid would simply not end up on the store shelves!

How to Explain That Freezing Water Bottle Trick?

We guess most of you know that freezing water trick when water freezes instantly right in the bottle! It looks amazing and miraculous, but is it really true? Is an instant freeze of water possible?

To answer this question, we must be sure that, first of all, there is indeed water in that bottle and not vodka (which does look like water, let’s be honest). And second, it must be proved that this instantly freezing water was exposed to the same temperature conditions as other bottles with the same liquid in them.

Also, we have to be sure that all the water was exposed to freezing for the same period of time.

Naturally, water does freeze when it reaches the point of zero degrees Celsius, as we all know. So if you see that water turns to ice instantly, note that it can be possible only in two cases:

But since it is hardly possible that they sell radioactive water, as well as a super-purified one, that trick with water instant freeze is most likely a staged video.

How Does Water Freeze?

If you experienced your water bottles not freezing properly (or not freezing at all), you may wonder how the freezing process is going on at all. So let’s remind ourselves how to freeze water naturally under the normal conditions.

First of all, water bottles will freeze when the liquid reaches its freezing point. In case of water, the freezing point will be zero degrees Celsius. The second the liquid gets to that point, it starts solidifying slowly, and finally it turns into ice.

To see it from the scientific side, water starts freezing when its molecules get so cold that they slow down and are able to hook onto each other thus forming crystals. The ice then expands becoming less dense in comparison to liquid water. This is the explanation why ice cubes will float in your glass of soda!

How to Freeze Water Correctly?

Are there any tips for freezing bottled water correctly? Well, if you like freezing it in the bottles, and you don’t want them crack in the freezer, here are some handy hints for you how to avoid water explosion catastrophe:

Why open the bottle and pour some water out, you may ask? This is needed because water tends to expand when solidifying. If we toss the water bottles into the freezer as they are being filled with the liquid to their rims, the ice will eventually make the tank crack or break. To avoid that, it is recommended to leave some empty space in a bottle for water to expand.

Now that you know what makes water freeze and how it usually happens, you realize that instantly freezing water is most likely a staged trick. And if your bottled water does not freeze properly, it may happen because of its extreme purity.

⭐Why do water bottles freeze instantly?

It’s because the water is too purified or any chemicals (or antifreeze) were added into it to prevent solidifying.

⭐At what temperature does water freeze instantly?

Only super-cooled water is able to freeze instantly. To do that, hold the bottle by the neck and tap it on the bottom. The liquid will freeze in about a minute or two.

⭐How to make a water bottle freezing trick?

To make it, you will either need to use vodka instead of water (since this beverage won’t freeze), or add antifreeze into water to prevent it from solidifying.

⭐Will store-bought water remain liquid in the freezer?

No, such water will always turn into ice.

Olivia shares all she knows about the hotels, houses, and home cleaning with Beezzly readers. And she knows a lot! 15 years of work experience as a Manager in a former Four Season Service gave Olivia an exceptional base of professional knowledge and practical experience.

How Long Does It Take to Boil Water?

How Do You Unfreeze an Air Conditioner?

Does Water Have Memory?

How Long Does Bottled Water Last?
Don't have enough
time to read in a day?
Get the most rated articles on your email!