After reading this, you will never confuse them with each other 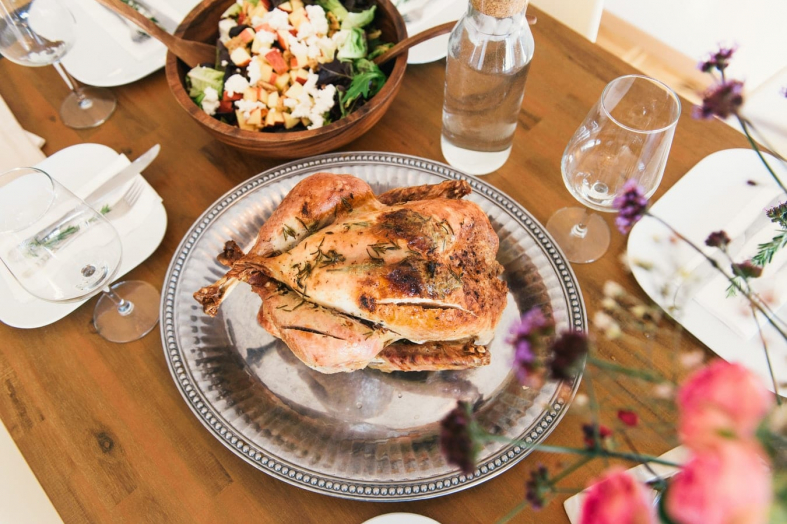 If you have chicken for dinner often enough, you might have asked yourself the same question: “what is the difference between the chicken breast and tenderloin?”. Indeed, those who are not professional butchers or experienced cooks often have no idea that these parts of poultry have certain distinctions.

They might not even know that such a thing as tenderloin exists!

To help you out, we decided to tell a bit more about this part of the carcass.

When we buy a whole chicken, we often have no idea of such a part of it as tenderloin. Also being known as tenders or undercuts (simply cuts), this part of a carcass is situated under the breast. In fact, undercuts are muscles thus a bird has two of them.

But why do we know nothing about them?

Perhaps, it is because tenders are small and those who are new to cooking often simply miss them since it is not easy to spot those stripes of flesh.

Since these cuts are hidden behind the breast, they can be seen only after the bone is cut off.

What makes breasts differ from those undercuts, you might wonder now?

Well, first of all, breasts of a hen are bigger. This is a part of the carcass that is situated in its frontal part.

This white flesh is considered to be rather dry but filled with healthy nutritious qualities. Because of being a rich source of protein, hen breast is often included in sportsmen’s diets.

This part of the hen has no bones and is well known for its culinary versatility since it can be prepared in many different ways.

Chicken Breast VS Tenderloin. What Makes Them Different?

Since now we know the very basic distinctions such as size and location, we guess that everyone would like to learn more about what makes chicken breasts and tenders so distinct even though visually they can often not be spotted.

And now let’s take a closer look at both of them.

Undercuts, on the other hand, often contain quite a lot of sodium which may result in high blood pressure. For this reason, these small parts of hen flesh are not recommended for those who suffer from any heart or kidney health issues, as well as high blood pressure.

However, regarding the last distinction, it is often advised to buy a whole carcass instead of purchasing undercuts separately. The reason is sadly obvious: quite often, the stores sell “tenders” that are in fact breasts cut in long strips to make them look like the more expensive meat.

What about their taste? This is quite a frequent question since people often wonder whether it is possible to substitute undercuts for breasts. Well, when cooking, we would recommend everyone consider several essential facts:

So if you choose to try out tenderloins, consider these basic distinctions. Nevertheless, since both taste the same, it doesn’t matter which kind of meat will be used in a dish.

Naturally, because of the distinctions undercuts have, it is often asked how to prepare them correctly.

To begin with, let us admit that they are the same versatile when it comes to their culinary uses. However, since they are very tender, they must be properly prepared prior to cook so correct marinating is a must! The flesh must remain juicy so that the moisture doesn’t leak out leaving the dish too dry.

When marinating, remember to add some citrus juice and seasoning and make several cuts on the meat to let it soak better.

As for cooking, the most optimal ways are steaming, baking, and poaching since they let the tenders remain the same moist and soft. Use special parchment for ovens when baking to protect the meaty strips from drying out.

If you decide to poach it, only salted simmering water will be needed, and the undercuts will come out tender and delicious. Besides, such a method takes very little time which is very handy!

How to remove the cuts and separate them from the rest of the carcass?

Several easy steps will have to be taken.

It is not a rare question when it comes to stocking foodstuff: “how do I keep undercuts safe and sound at home?”. Indeed, people are worried because they know this meat is delicate, so perhaps, it requires specific conditions?

Well, to be honest, they don’t. Since they are also poultry, keeping them will be the same as for the rest of the carcass.

For preserving the tenders frozen, we recommend you wrap the original packaging with aluminum foil meant for the frosting camera. As a variant, the content can be transferred to the frost-resistant airtight packet.

Like that, the tenders will avoid freezer burn and will remain moist enough to preserve their texture.

How On Earth To Keep Them Moist?!

This is the most widespread problem of those who decide to prepare hen undercuts! Since they are very delicate and can be dried out easily, preserving that precious moisture is a tricky thing.

What we usually forget about is that poultry needs us to follow three basic rules to keep it soft and flavorous, filled with moisture.

And now we will share several more handy ideas with you.

This is the quicker way of moisturizing the tenders. You will only need water, a pinch of salt, and some sugar. Well, and some spices, too if you like them.

The good thing about this method is that the meat can remain moisturized for as much time as needed.

Have no time for making marinating blends? Then simply beat that poultry until it is flat and thin! Sound violent but it works perfectly well for grilling, frying, and even roasting! The flesh becomes softer and it is cooked faster remaining moist at the same time.

However, consider that this approach is good for boneless meat only.

The deeper the pot or pan is the better it will hold the moisture. Thus the foodstuff inside will remain soft and moist better since it undergoes a more constant heat and higher pressure.

Cook only when it is fully defrosted

Frozen poultry, after being cooked, turns into a dry and tasteless meal. That is why ensure the undercuts are properly unfrozen before tossing them to the casserole.

Heat up the pan

When we put tenders or any other part of poultry carcass on a cold pan, most of its moisture evaporates leaving the flesh dry. Instead, let the pan heat enough so that the foodstuff can start being cooked instantly.

Never leave the cooked foodstuff uncovered. No matter whether you will be using a lid or a foil, the dish must always stay protected from moisture evaporation!

When following these simple hints your chicken tenders will always be soft and juicy!

But what about the breasts? Have we forgotten about them? No way! How could we if this delicious meaty part of the carcass is one of the people’s favorites?

Even if chicken meat is quite easy to mess up with if cooking it improperly, plenty of methods exist to turn this hen flesh into a delicious meal.

The healthiest way to consume it is to either grill or bake it, only remember to remove the skin beforehand since it contains a lot of fat which will make the dish way less weight-safe!

Grilling can be chosen if you are concerned about adding oil or sauce, besides, the grilled breast will be very flavorous.

When being baked, this kind of meaty food can be paired with veggies or prepared on its own. We strongly suggest you marinate it in advance, like this, the flesh will remain tender and tasty.

What Pairs With Tenders And Breasts?

If it is more or less clear what side dishes can be added to the cooked breasts, with undercuts, it often becomes a point of concern.

However, since both taste the same, feel free to prepare the same sides when cooking tenders for dinner.

Any of these side dishes will accompany the tenders perfectly.

In addition, to provide you with more handy ideas on what to cook with these delicate meaty strips, we picked several easy recipes hoping that they will make your daily meals even more varied!

Of course, these are not all the suggestions on how to cook these delicious pieces of meat, and you can find way more.

Both poultry breasts and undercuts can find their place on your table. Even though tenders are small and expensive, it can be good to try something new but remember that they are quite fatty so if you have any health issues that forbid you to consume fat-filled foods, better go for breasts.

⭐ Is chicken tenderloin the same as breast?

It is the part of the breast but undercut is fattier.

⭐ What are chicken tenderloins used for?

Any recipes that are used for other chicken meat will do for them, too.

⭐ Are chicken tenderloins healthier than breast?

In fact, no since they have more fat and sodium that is bad for the heart and kidney.

⭐ How long does it take to cook chicken breast tenderloins?

⭐ Which is healthier chicken breast or tenderloin?

Breast is better since it’s a source of protein, vitamins, and minerals.

⭐ What is the white thing in chicken tenderloins?

It’s a tendon by which undercuts are attached to the carcass.

⭐ How do you remove tenderloin from boneless chicken breast?

You just need to put a fork to press the end of the tendon, grip its other end, push down with the fork, and slide it out of the breast.

⭐ Do you have to remove tendon from chicken tenders?

The smaller tendons are ok to leave but the big ones are better to be removed. 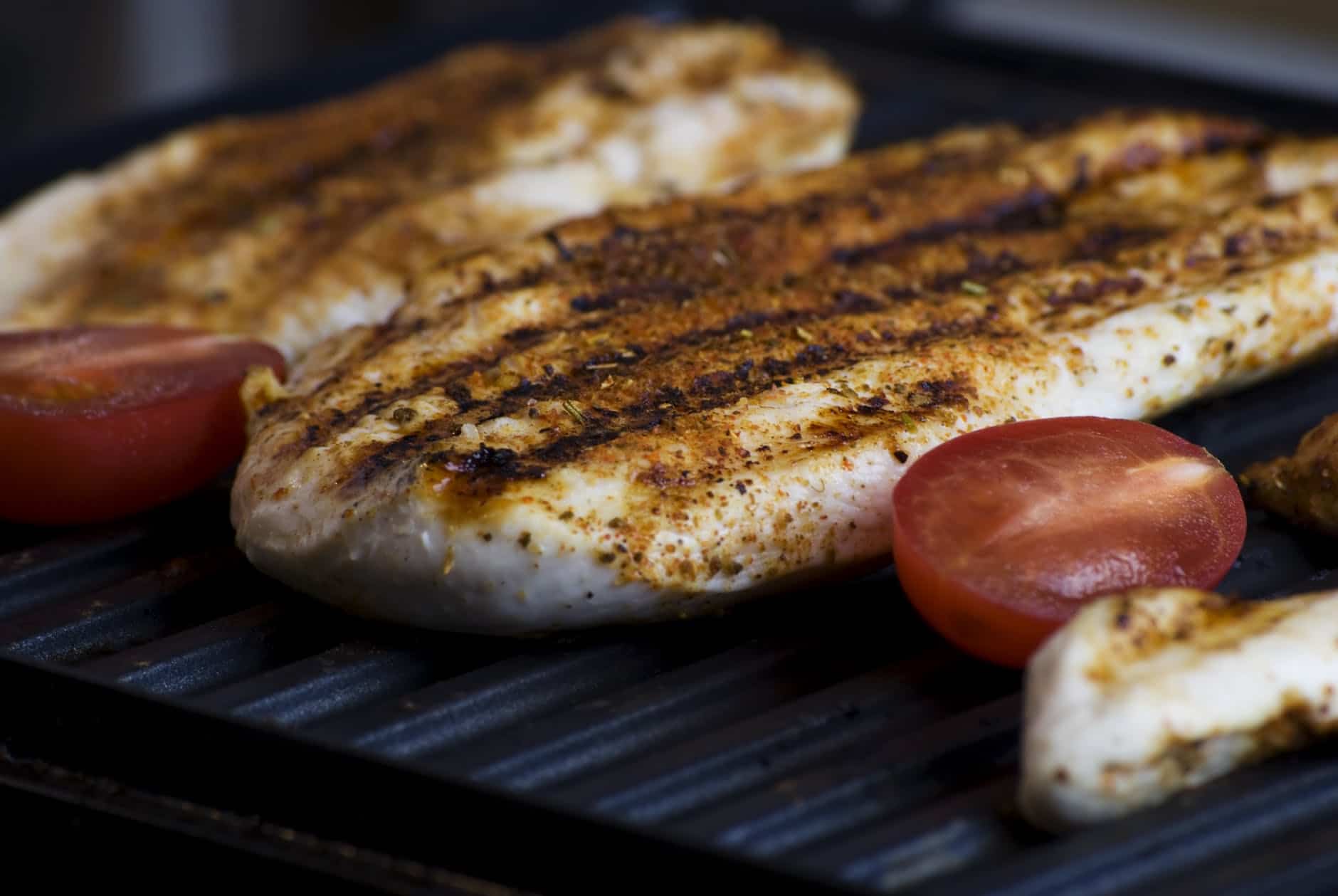 Can You Freeze Mac and Cheese?

Can You Freeze Goat Cheese?

Can You Freeze Ham? Main Rules
Don't have enough
time to read in a day?
Get the most rated articles on your email!