Important Facts About Ticks That Everyone Must Know 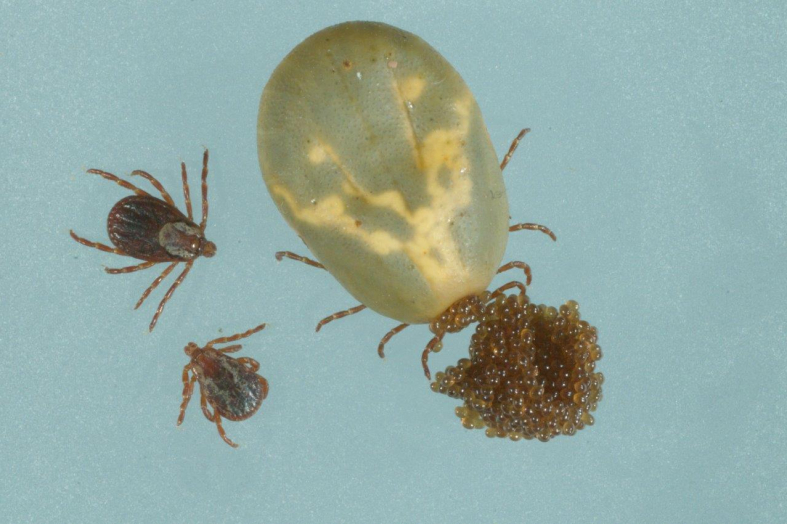 Ticks are well-known parasites that feed on the blood of mammals, birds, reptiles, and humans. Their all life cycle is highly dependable on food and, when they don’t get it, they can’t reproduce and grow. Nevertheless, these tiny pests are able to live starving for years before they die!

There are many different kinds of ticks existing and here in the Tick Guide we have described the most widespread species with pictures of them.

Nevertheless, the life cycle of any kind of bloodsucker consists of several similar stages.

The Life Cycle of a Tick

This is the very first stage. Eggs are laid by adult females under the leaves and debris after they complete the two-years life cycle.

It happens mostly in spring.

One batch of eggs may include up to one thousand of them!

Eggs are extremely dangerous for pets since they can easily attach to the animal’s skin and feed on a poor pet sometimes even causing its death.

This is the next stage of their life when eggs hatch in larvas in June. The larva looks pretty much like an adult parasite except for that it has six legs instead of eight and its size is much smaller (barely bigger than sand grain).

At this stage, parasites have their first feeding after which they become dormant until the early spring.

In spring, larvas turn into nymphs. At the nymph stage, the pest has eight legs and its appearance reminds the adult parasite a lot except for the size since nymphs are smaller (approximately like a poppy seed).

When being at this stage, they are the most dangerous since they transfer diseases at this time mostly.

The final stage of the parasite’s growth is when it becomes an adult that takes place in early or late autumn hanging upon a certain kind of the pest.

At any stage of their life, these blood-sucking parasites need bloody meals to be able to grow. Also, this life circle is common for any species of these parasites.

To learn more about these parasites’ nests and be prepared, we advise you to read this article

Be careful at the tick season and take measures to protect yourself and your pets from these pests.

Read next : Tick Nest and What do Tick Eggs Look Like?

How to Define The Wood Tick Nest? Are They Dangerous?

What Does A Tick Look Like! Be Prepared
Don't have enough
time to read in a day?
Get the most rated articles on your email!