What Happens If You Put Too Much Developer In Hair Dye? 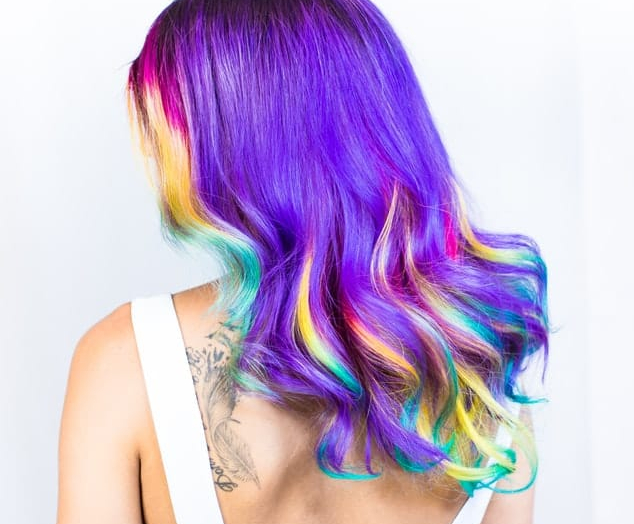 Whenever one decides to color the chevelure in home conditions, a dyeing kit comes to help. If you did it at least once, you remember that the box contains two bottles, one with the pigment and another with the developer.

That second bottle’s content is of great importance since the final color of your mane hangs upon its correct appliance significantly! What does a developer do? What happens if you add too much developer to hair color? Below you will find the precise and accurate answers.

What Does Hair Developer Do By Itself?

If you are new to the coloring procedure, you might not be aware of what the developer does to the hair. Well, let’s go step by step.

After opening the dyeing kit, you will see two bottles in there. One is filled with coloring pigment, and another one contains a developing substance. The latter one can be of different potency which is usually marked with numbers (for instance, a 10 volume developer, a 20 volume developer, etc. up to 40), however, the percentage rating is also frequently used.

What is it for? The developer substance is a sort of activator, without it, the pigment will have way less effect on the strands. It actually helps the dye to permanent on the locks.

Some may wonder whether this stuff is harmful to our hair. In general, the developer doesn’t cause much harm, but if mixed with color, it can cause quite unpleasant results.

Is it OK to use a developer after opening it once? Absolutely, but consider that this substance must be used within twelve months after being unsealed. And remember: always keep it hidden in a shady, cool place.

Will the developer lighten hair without bleach? Well, since it consists of peroxide of various strengths, it can have such an effect of locks, especially the more potent variations like 30 or 40 volume stuff.

Nevertheless, to avoid creating a mess on your head, we recommend learning more about how much of the developer to use.


What Happens If You Put Too Much Developer Into Hair Bleach?

Hair-coloring newbies often have the recurring question: how much of the developer to use with bleach? Since this substance also has discoloration powers, will that not be too risky to blend it with the whitening agent?

Indeed, when being mixed with the bleaching powder, certain types of the developer can lighten the uncolored locks by nearly five levels! That is how 20 volume substance works, for instance.

Stronger developers will have an even more intense effect. What happens if you put too much developer into hair bleach then? Apparently, the result can be rather unpredictable and disappointing. The least that can happen is that your strands will become over bleached and too damaged.

To not mess up, consider the correct ration of these two ingredients: typically, one part of the lightening agent and two parts of the developer will be fine for any lightening techniques.

However, 1:1 (for balayage and highlights) and 1:3 (for the roots touch-up) ration can also be used.

Always make use of the low volume stuff to get the desired effect. Even when combined with the dye, it will be enough for lifting the cuticle.

High-volume products can only be utilized for deleting the natural pigment from the strands, and consider that the excessive amount of this lightening stuff can seriously damage the locks! Besides, the desired color will not come out in this case.

What Is the Developer Lifespan?

As the dye, this substance must be utilized within one year after it was unsealed. If it remains unused longer better discard it since the expired product can be very harmful to the locks, besides, it will lose all the potency and have no effect.

If you happened to blend the developer with the pigment, don’t even think of keeping it. Such a mixture must be thrown away if not used in time.

I Used The Dye With No Developer! What Shall I Do?

That happens, and not so seldom as you might assume. The reasons can be different: some dyes are produced and sold without the activator at all, but maybe, a person just forgot to mix in some of this component.

Yeah, life is tough sometimes. So what can be the potential results?

If we are talking about the dye that is meant to be applied without the developer (for instance, temporary or semi-permanent pigment), then you will simply get the temporary color covering the initial shade that will not last long.

In case you somehow applied the pigment but forgot about adding a developer (that must be applied, though), be prepared to have improperly colored locks that will have to be rinsed or redyed since such “coloring” is just a waste of the product and time.

If you want to just tone the strands and not go for any dramatic changes, being aware of how much developer to use with toner to get the correct proportion is a must.

The optimal ratio is 2:1 developer to toner proportion. But keep in mind that different hair shades will need different volume rates! For working on dark strands (e.g. ash or deep-grey), go for the 10 volume substance. Lighter shades such as platinum or pale blondes will need a 20 volume stuff.

How To Define Hair Color To Developer Ratio

Blending the developer with the dye is the most essential stage of the whole coloring procedure! The more correctly it is done the better the result will be.

What must be considered is the goal of the process. Re-coloring the whole chevelure and tinting the strands will need different proportions and even different types of the activator.

Also, the texture of the substance (cream or liquid) plays a big role.

When we have too runny dye, it shows that we mixed in too much of the developer. On the contrary, dry pigment will show that it lacks the activator. As a possible result, the locks can turn extra light or flat.

If you wonder how much of the developer to use with the hair dye, the correct proportion is 1:1 since equal parts of the products will work the best.

Even if you buy the dye and the developer separately, not as a kit, this rule must be followed. So if your dye tube is of 50 ml, go for the same amount of the activator.

What happens if you put too much of the developer in hair dye? The final shade will get diluted making the new color of your mane softer and weaker.

Respectively, too little of it will result in unevenly colored strands.

How to Fix the Improper Proportion Of Developer And Dye 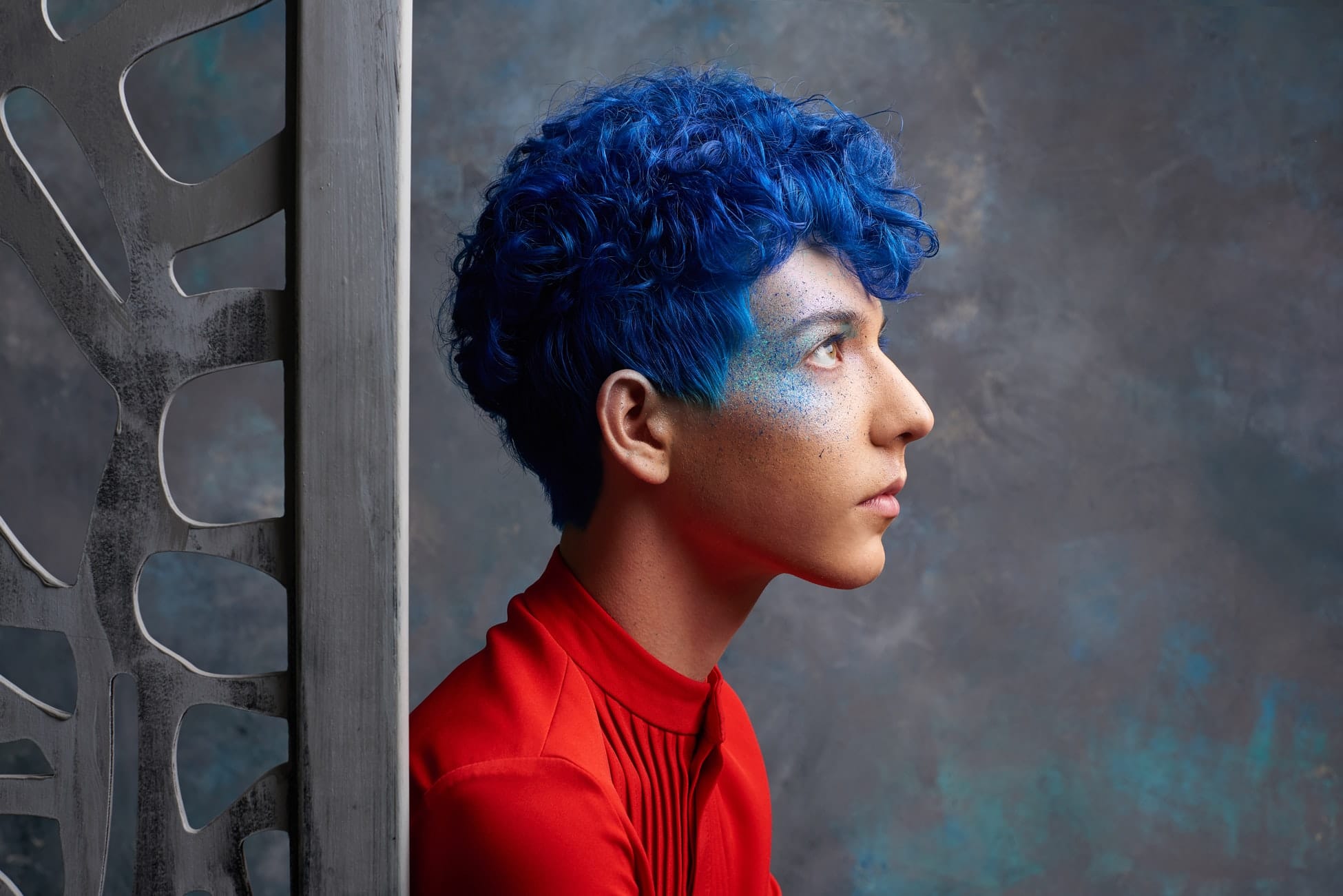 What if you somehow managed to prepare the blend of these two ingredients wrongly? Well, it is not the end of the world, unless you applied that mixture onto the head!

If you didn’t, everything can still be fixed. Since we don’t want to end up with the faded pale locks, opt for mixing more dye in. However, this procedure must be performed very carefully in order not to saturate the shade.

If you are not absolutely sure about how much of each component to combine, we would recommend you sticking to another, way simpler option. Just redo it! Simple as it is. Toss away the failed mixture, and prepare a new one being VERY precise on the quantity of the components mixed in.

What if the resulting color ended up being uneven? Then we can tell that someone used too much dye and too little of the activator. But don’t be sad, and stop from rushing to re-color the mane. Wait for about a week to let the strands to rest a bit from the chemical “attack”, and do some hydration procedures to make them stronger, and then color them again.

You learned about the ways to figure out hair dye to developer ratio, and what will happen if we add too much developer in the hair dye. With this information, calculating the correct ratio will never be a problem thus making the coloring procedure simpler and more effective.

⭐ What happens if you use hair dye without a developer?

The resulting color will not come out in this case and you’ll have to redye the locks.

⭐ Can I use conditioner instead of the developer?

No, it can’t be a substitution.

⭐ What is the best hair color developer?

In terms of brands, L’OrealOreor Creme, Salon Care, and Wella Color Charm are considered to be among the best and most affordable ones.

Leave it for 20 min but not longer, otherwise, the hair will be badly damaged.

She was working in The Fashion magazine for 4 years, and she loves to consult people about their style. Her passion is hair dye and cool and trendy fashion looks. She always tries to find something new for our reader and she never stops learning and always trying to find easy answers for difficult questions. 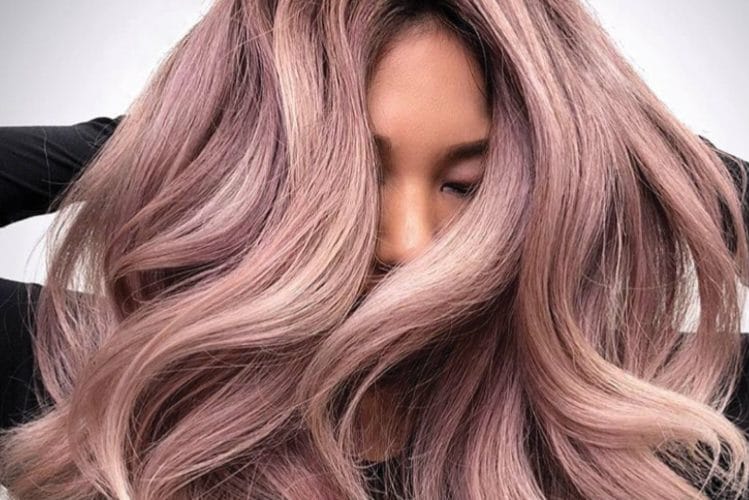 How Long Does Balayage Take?
Don't have enough
time to read in a day?
Get the most rated articles on your email!