How to Reheat a Frozen Apple Pie

Want it soft and tasty after freezing? We know how to do it! 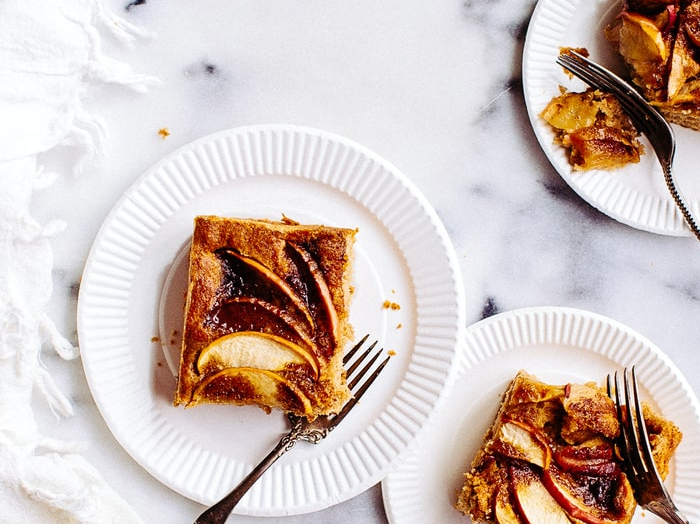 Apple pie is probably the easiest foodstuff in terms of cooking and the most delicious one in terms of taste! Sweet apple bits, soft cake base – this dessert pair perfectly with any drink whether it is tea, coffee, or milk.

Naturally, most of us prefer to save some for the future in the frosting camera which later results in a big deal: how to reheat a frozen apple pie?

If this is what you stumble upon as well, this article will be handy for you, too.

Is Reheating Pies Good For Them?

Freezing is the optimal way to keep the foodstuff eatable way longer protecting its quality and texture at the same time.

However, whenever we preserve a pie by exposing it to frost, sooner or later we face a necessity to reheat a pie. Most people reheat pies in the oven, nevertheless when being in a hurry, we often prefer tossing it to the microwave for a few minutes: it is faster and doesn’t require our supervision.

Naturally, most of us ask themselves whether heating up pies is safe and how it influences the foodstuff.

And here come several aspects that must be considered regarding this question:

Another stumbling stone we often come across is what device to make use of for repeated heating. Is it the oven? Or, maybe, microwave? Or shall we try out the toaster oven?

The basic rule for reheating pies sounds like “oven is the best”.

Among the positive aspects of reheating pies in the oven, we can name such as protection of the goodies’ quality, proper and throughout warming, and absence of any harmful exposure (like in a microwave).

When we warm up a pie in the toaster oven, it can also work well only the foodstuff is better to be wrapped in foil to provide proper heating inside and out.

And if you still wonder how to reheat a pie in the microwave, adhere to our advice: better avoid using that kitchen device for warming up pastries!

Microwaving doesn’t influence the goodie’s texture well which means that you will not receive a perfectly soft and thoroughly warmed yummy. Besides, it can’t destroy the dangerous bacteria which may lead to the foodstuff turning hazardous to eat.

How to reheat a pie without destroying it?

Be sure the following instructions are used:

After the yummy is warmed up, it can be left inside the turned-off oven for a little while to get thoroughly heated, only don’t remove the protective cover, otherwise, it will become dry!

How Long Does Apple Pie Last?

Apple pie is the most common dessert that is both sold in stores and made by housewives all over the world. This delicious goodie is a frequent treat on weekends and Birthday parties, and of course, those who prefer consuming homemade pies, often start wondering how long this yummy will stay eatable.

As usual, the shortest term of use will be when we stock the dessert on the counter: freshly baked pie will not live longer than two days. But if we transfer it to the refrigerator, the lifespan of a dessert will significantly increase, and we will be able to enjoy it for up to five days.

Naturally, if somebody wants to stock it for longer (for instance, if they have too much of a pie left), the frosting would be the optimal solution. If prepared and frozen correctly, apple pie can still be tasty even after six or eight months of preservation!

Keeping apple pie flavorous and fresh is the major task of any housewife. With this dessert, it may sometimes be challenging since its delicate texture and juicy filling need some attention and care to not turn the yummy into a crumbling dried mess.

Defrost it caferully in the oven at 350 F for 30 minutes previously transferring the pie to the fridge to melt a bit.

How to Reheat Apple Pie

When we have some apple pie left, we may find it somewhat challenging to decide how to warm it up after refrigerating. This dessert seems to be so delicate that people often simply afraid of ruining it by the wrong heating!

No wonder that an issue of whether reheating apple pie is possible is the most frequent question that comes from consumers.

In fact, you will not need any special skills for doing this.

Just as it was said above, the best way to warm up a pie is to use the same device that was used for baking it.

Reheat apple pie in the oven for better results and quality of the pastry. Like that, the dessert will be warmed all way through, still crispy from outside but soft, moist, and juicy on the inside.

For reheating a pie this way, do the following:

Also, some people don’t like too warm pies, so rely on your personal taste

What to do with frozen apple pie?

In case you are about to reheat frozen apple pie, consider that the heat must be higher, about 350 F, and the overall time of reheating has to be brought down to fifteen or a maximum of twenty minutes to not burn it down.

How to reheat an apple pie in the microwave?

Well, it is possible, of course, but we would not recommend such an approach. First of all, it works only for quite thin slices. Second, microwaving often warms foods unevenly leaving cold spots which lead to repeated heating. Like that, you are risking to warm it up too much partly.

But in case you still want to reheat an apple pie his way, warm it up for 60 sec, then take out and leave to sit for 30 sec. If the slice still not warm enough, repeat the procedure for 30 sec more.

How to Reheat a Pie Slice

Reheating frozen pie slice is what we mostly do since usually, we don’t need to heat up a whole thing.

And this makes sense since warming up a whole cake or pie many times will degrade its quality and can turn the dessert into a harmful thing.

As for the procedure itself,  a slice will take less time, nearly 15 min in the oven or 30 sec in a microwave, and remember to wrap it with foil to prevent drying.

How to Reheat a Store-Bought Pie

Reheating an apple pie bought in a store is not something common since most of us tend to consume it at once. nevertheless, if such a need appears, go for the same tips that are applied for warming up naked goodie.

Now you learned about the reheating frozen pies and you are informed about how long to reheat a pie in the oven or microwave.

From now on, to reheat a pie without burning pastry will never be a problem for you again!

⭐ Should you freeze apple pie before or after baking?

Both options are available and are ok to be used. Freezing won’t influence the dessert dramatically.

⭐ Can you cook fish pie from frozen?

⭐ Should you thaw a frozen pie before baking?

No, frozen pies must not be thawed before baking.

⭐ Who has the best-frozen apple pie?

They say Marie Callender’s is the best because of the authentic taste of apples.

⭐ How do I reheat a precooked pie?

Oven is the optimal solution in this case.

⭐ How do you keep apple pie from getting soggy?

Try to use blind baking when the crust is pre-baked until it sets and crisps prior to adding a filling.

Can You Freeze Cheesecake? Best practices 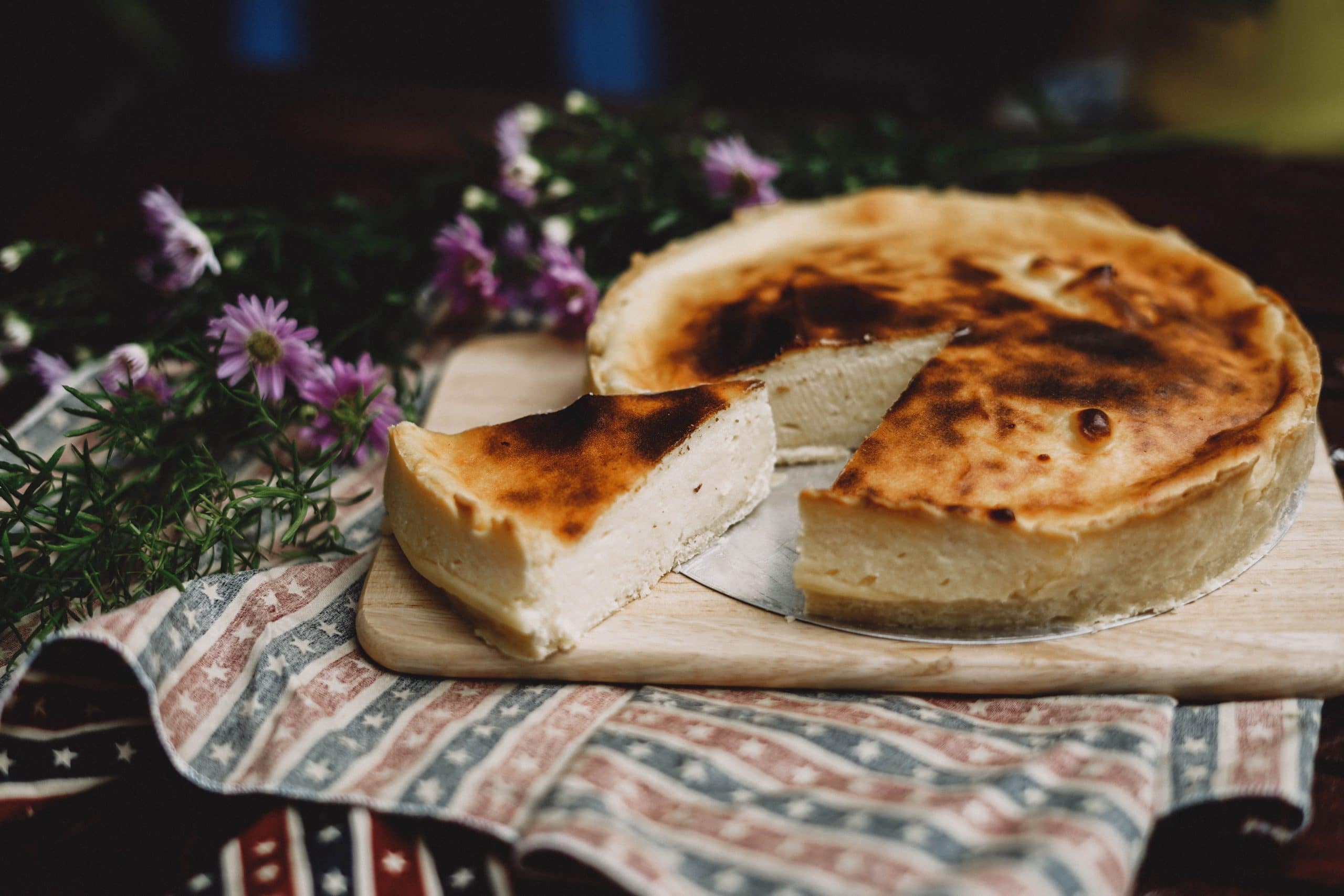 Best Tea for a Cold

Can You Freeze Cheesecake? Best practices
Don't have enough
time to read in a day?
Get the most rated articles on your email!