Why Do Girls Play With Their Hair?

What makes us girls twist and twirl our tresses? We finally know the answer! 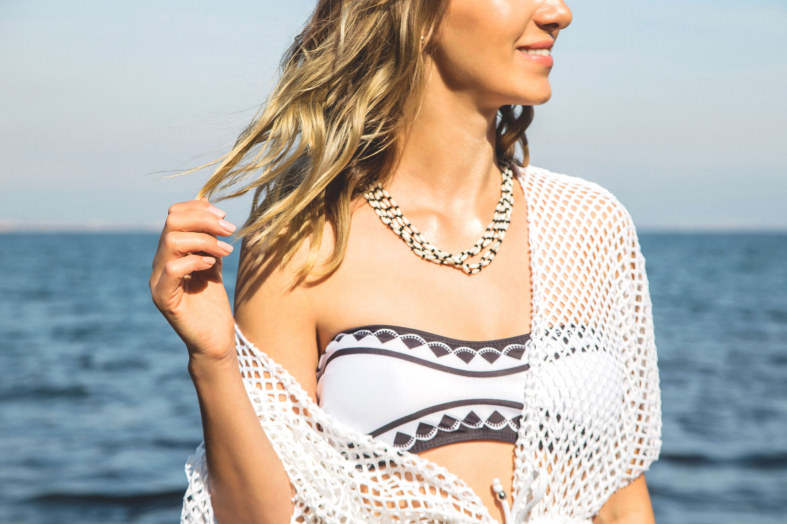 You definitely have seen that many times, and for sure, you did that yourself even more often. Yep, we are talking about playing with your hair! God knows why, but we simply can’t live without playing with our locks sometimes, right, girls?

A girl twirling her hair looks sweet and attractive, but why does she do that? What does that mean according to women’s body language? We did a small research, and now we are ready to share what we found out with all of you.

What Does It Mean When a Girl Runs Her Fingers Through Her Hair?

Why do women play with their hair? There can be tons of reasons, to be honest. From innocent flirting and seduction when she is trying to attract a man’s attention to more serious (and negative) signs of stress, nervousness, or even compulsive states!

To better understand what that hair-twirling stuff means in each particular case, we need to dig deeper into the mysteries of a female body language. You see, women are not as straightforward and bold as men are. Ladies tend to be way more subtle and delicate when it comes to expressing their feelings and emotions, and especially when it comes to revealing their romantic feelings!

This is why women make use of significantly less direct ways of showing their affection. And playing hair is one of them along with smiles, winking, small glances, and lots of others. But the desire to get attention is not the only reason why girls can twist their tresses.

She Plays With Her Hair Because She Is Flirting

This is perhaps the most common explanation to why a lady would start playing with her locks! If a woman is interested in a man as a potential romantic partner, she will try to attract his attention of course. And twirling her tresses is the easiest way to do that.

See, ladies are not that direct when they want to attract or seduce a man. However, it does not mean they will not try to show him their feelings. So if a lady is doing playful and slow movements to her hair (especially if she is trying to show her neck at the same time), it definitely means that she is interested and she is flirting!

Of course, the additional “symptoms” also count and matter, such as smiling, keeping eye contact during the conversation, leaning into her vis-a-vis, etc.

Playing with hair does not always mean something pleasant. In some cases, a woman can start twirling her locks because she does not feel safe and comfortable.

Perhaps, she was told something unpleasant, or somebody has reproached her. Or maybe, her mood suddenly changed. No matter what, if her inner state is not balanced and calm, a woman will start brushing her hair harshly out of the way.

If you notice you do that often yourself, try to figure out the possible reason. Maybe, there is something that makes you worried, nervous, or stressed?

Well, that’s not the best piece of news for a man on a date! If a girl suddenly starts braiding her locks in the middle of conversation slowly, it is time to be alarmed! There is a huge chance that she is getting bored and starts losing interest in her mate.

If, in addition, she is not listening to a man attentively, if she is not involved in a conversation and shows little or no interest in him and what he is talking about starting to twirl her locks instead, then it is the sign he lost her attention completely.

If a Girl Touches Your Hair What Does That Mean?

Ok, we have just figured out what it might mean when a girl starts playing with her hair. But what if a girl plays with your hair or touches it if you are a man? We guess there is no need to explain that such a behavior can be interpreted as a clear sign of her being interested in you!

Usually, when a man and a woman start interacting, they begin with a talk. In case a lady remains interested in her vis-a-vis, and she wants the conversation to keep on going, she will let the man know about that using non-verbal signs. For instance, she will be smiling at him often, trying to make eye contact, and flipping her locks.

And if the communication reinforces her interest in a man, she will sooner or later try to touch him, often by playing with his hair. This is a clear sign she is interested. Also, it shows that she feels comfortable and safe with this man, and she likes him quite a lot.

Not all men are good at telling when a woman is interested in them, and when she is not. In addition, a common habit of playing with hairs may not always mean that a lady has any romantic feelings towards a man or she is interested in him as a potential partner. She might be bored, anxious, or simply trying to fix her hair!

So are there any signs she likes you said with her body language? Fortunately, there are, and they are not that difficult as you might have thought. If you want to be absolutely sure that your female friend or vis-a-vis is interested in you, check out the basic female body language signs of attraction:

So whenever you notice any of these signs, be sure that you lady is pretty much attracted to you!

What Does Science Say About a Girl That Plays With Her Locks?

When girls play with their hair, it doesn’t always mean only practical goals she is aiming (for instance, fixing her hair). You might not be aware of that, but playing with tresses has rather interesting evolutionary reasons and background! And besides, it has much more to do with the female face and neck rather than with her tresses actually!

So it is obvious that all those playful moves women do with their hair are basically meant to show their interest in a man, as well as “promote” a lady as a healthy and attractive partner. But of course, today such actions can be also considered as mere attempts to keep the hair in order or, in case of a negative background, as a sign of anxiety or even stress.

To clearly understand what it means in each specific case, we need to pay more attention to how a lady is behaving, to her emotional state, as well as to the background of the situation.

⭐ What does it mean when a woman touches your back?

⭐ What does it mean when a woman touches your shoulder?

⭐ What does it mean when a girl fixes her hair when she sees you?

It most likely means she’s attracted to you.

⭐ What are the female body language love signals?

Twirling her hair, smiling, pointing her feet at you, leaning into you, or touching you are all the signs that a woman has a romantic interest in you.

Everything You Need To Know About Creating The Perfect 80th Birthday Party Invitations
Don't have enough
time to read in a day?
Get the most rated articles on your email!