What Is Corduroy Made Of?

What is this fabric, its specifics, and origin 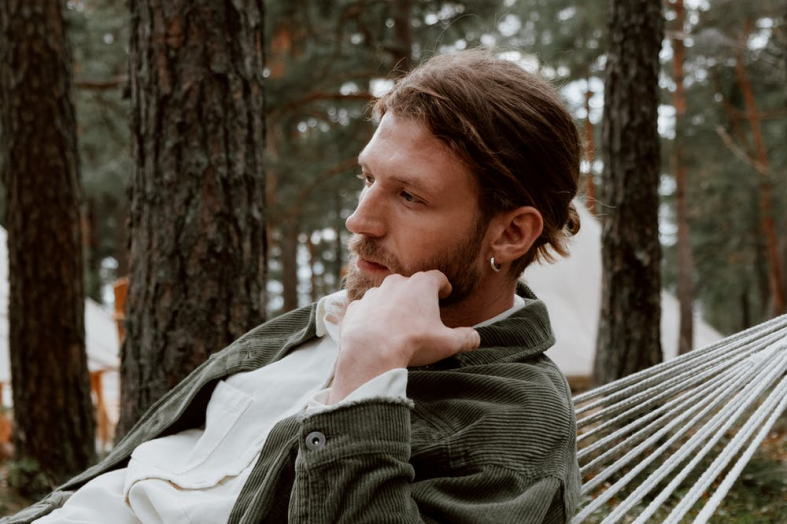 Corduroy is probably not that kind of material that everyone goes crazy about, but this sturdy fabric does have certain popularity today.

Its unique texture makes it stand out among the other materials on the market, and yes, it is rather multipurpose in use.

But since nowadays so many things including fabrics are made of artificial stuff, we guess everyone would like to know how things are going with this particular one.

So today we are going to learn not only about the corduroy definition but also about its origin, history, and use.

Stay with us, it’s going to be interesting!

What Is Corduroy Fabric Made Of?

Well, generally speaking, corduroy is the sort of material that can be made of various fibers from cotton to even polyester. Depending on that, its characteristics and texture may slightly vary. But no matter what it is made of, corduroy still remains durable with the significant ridged texture we all know so well.

But first of all: what is actually corduroy? And then, what fibers are used for producing it? This fabric has been known for quite a long time taking its origin in ancient times. Today it can be of different thickness and color, and manufacturers make use of various materials for producing it.

Most often, corduroy is made with cotton, however, it is also possible to meet it being woven with blends of polyester and cotton, or even being fully synthetic. Such fabrics have a significant texture with ridges that can be of different width and thus thickness.

Sometimes, however, fabric manufacturers go further and make corduroy with wool. In this case, the ridges will be way less visible.

This kind of material allows dyeing it in all different colors, but because of the specifics of the coloring process, the fibers will fade unevenly. Nevertheless, it is not an issue at all since folks seem to really appreciate that aesthetical look of the material.

Now let’s get a bit nerdy and see what exactly makes this fabric so unique. In other words, let’s look deep inside it.

Corduroy usually consists of three separate yarns that are woven together. Two of those yarns are called primary, and they make a plain (also known as twill weave). What does the third yarn do then? Well, it intersperses into that weave and creates those floats that pass over.

To get the unique corduroy texture, manufacturers go for the special blades that sever the float yarns. This results in ridges appearing on the surface of the weave.

Those ridges are also known as wales, and their width can vary significantly.

By the way, corduroy fabric has a so-called “wale number” which is determined by how many wales one inch of material contains. The lower that number, the thicker the width of the wale.

Usually, this fabric has a wale number of around eleven or twelve wales, but, for instance, a piece of four wales will be much thicker compared to that.

Due to the manufacturing specifics and the characteristics of the fiber, it is quite difficult to stretch corduroy fabric. Perhaps, so many people like it for being not that delicate and in need of instant care as the more stretchable materials.

To get a more complete understanding of this fabric’s characteristics, take a look at this chart:

A Bit Of Fabric’s History

Since now we are aware of the basic technical specifications of the material, it would be nice to learn how and when corduroy actually appeared. And this is when most of you will be very surprised since this fabric is not that young as we might think!

The historians that study the history of fabrics assume that the ancestor of corduroy is a fabric called fustian which was widely used in Egypt after 200 AD! The fustian definition is simple: it was a sort of heavy cloth that is woven from cotton. It also had ridges and used to be utilized for making menswear and this was quite a stout fabric.

Later in 18th century England the corduroy we know today was developed. It is believed that back then the actual name of the fabric was also invented by the English manufacturers who adopted it from the word “king’s cords”.

Anyway, corduroy was very popular among all the British people including nobility until the 19th century when velvet took it over, and corduroy received a nickname of a “poor men velvet”.

Even though this fabric is basically manufactured the same way, we already figured out that its thickness can vary, as well as the width of the wales. Depending on that, several types of corduroy exist.

This one has eleven wales per inch. However, if the fabric has between eight and thirteen wales, it is usually still considered as the standard type.

This type of fabric has a high wale number, and one can see the ridges perfectly with tine spaces between them on the surface of the material. Perhaps, this is why wide wale corduroy pants are not always appreciated by the picky fashionista due to their “spaghetti-like” texture.

Elephant cord pants will have very large and thick cords, and this type of fabric can have a wale number between 1.5 and 6.

A pair of pinwale pants would be something completely different from their “elephant” counterpart. This sort of corduroy is known for having a large number of tiny ridges per inch. The finest samples of it can even have up to twenty-one wales!

Since corduroy is itself very poorly stretchable, manufacturers tend to add spandex to the basic fiber to fix the situation and make the material more stretchy. This specific kind of fabric is often used for making kids’ clothing.

This one is not actually corduroy. It is an American fabric that indeed has a similar weave, but the major distinction is that its pile yarns are uncut. As a result, the ridges are way less prominent on it.

With this brief overview, you will now be able to tell the difference between the major types of corduroy fabric easily and pick the one that complements you most.

Where We Use This Material Today

Those who prefer textured fabrics definitely can find plenty of ways how and where to apply this material! Fortunately, corduroy can be successfully used in many different, and sometimes quite unexpected, ways.

So where can we usually find it today?

We must nevertheless admit that this fabric is way less widespread and popular today than it used to be. For instance, starting from the 1910s, the first car seats had corduroy covers, but nowadays it’s impossible to find even a retro vehicle with that sort of upholstery.

But still, even these days having a couple of corduroy items in your wardrobe can make it look fashionable and stylish, even though it might be a bit of retro fleur.

So now you’re aware not only of corduroy meaning but also can tell the difference between various types of it, and know where this fabric can be applied in your home.

And if you’re in love with textured fabrics, why not get a couple of corduroy items to refresh your daily look?

⭐ What is the corduroy fabric?

It’s a thick and durable fabric with prominent ridges on its surface. It’s made of cotton, polyester-cotton combo, or synthetics.

It’s corduroy of 21 wale number made or 100% combed and mercerized cotton. It’s soft and drapes nicely.

⭐ What is pinwale corduroy fabric?

This fabric has lots of tiny ridges, and its wale number can be as high as 21.

⭐ What era is corduroy?

Fabric similar to corduroy was first made in Egypt around 200 AD, but corduroy, as we know it today, appeared in England in the 18th century.

Can You Bleach Polyester? 6 Unusual Tips

Does Fleece Shrink? Everything to Know Regarding This Fabric

Can You Iron Polyester?

Cotton VS Polyester. What to Choose?

Does Polyester Stretch?
Don't have enough
time to read in a day?
Get the most rated articles on your email!