All about its taste and many more 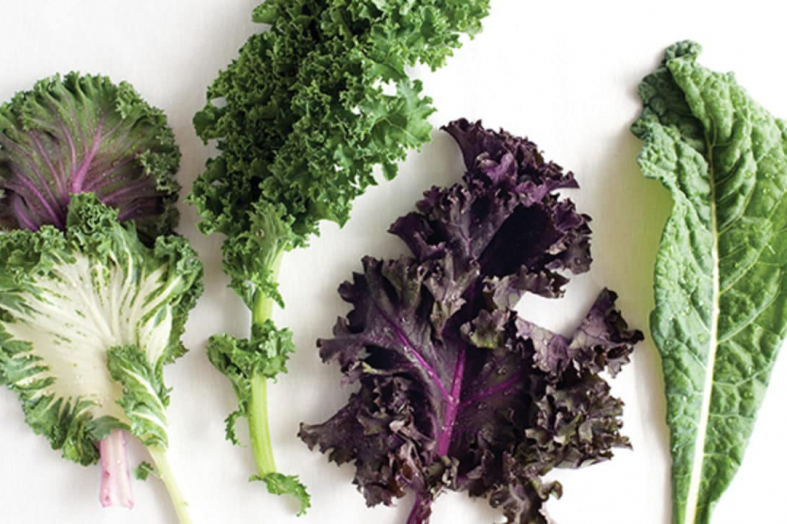 Kale can hardly be called a type of veggie that is on top of the list of our favorite foods. It is chewy, quite hard, and definitely has a weird taste. However, this leafy sort of cabbage is definitely worth our closer attention, and below we will tell why.

So, what does kale taste like? Kale tastes a bit bitter, strong, and earthy. The leaves are dry, tough, crunchy, and strong-tasting. Young kale has softer, thinner leaves with a mild taste. Kale is not as spicy as arugula, kale tastes milder.

And also, as a bonus, you will learn how to cook kale to make it really tasty. We have several recipes with kale that are quick and simple but extremely yummy!

The Taste Of Kale And How to Make It Better Easily

When it comes to defying what kale actually tastes like, most of us will definitely say that it tastes phew. Indeed, raw kale can’t be called super delicious stuff: it has quite a strong and somewhat earthy, we would even say bitter, taste.

Its leaves are rather dry and tough to chew, they are crunchy and have a notable strong taste that not everyone is able to appreciate and enjoy. If you try young veggie, it will be a bit better. Young kale tastes milder perhaps due to thinner and softer leaves.

In supermarkets, it is also possible to see red Russian kale. This one can be a true relief for kale haters since the red sort of this leafy veggie tastes way sweeter than its green cousin. Some say it is because of growing through the frost, but no matter the reason, red kale tastes better, and that’s the undoubted fact.

And of course, the taste of cooked kale strongly hangs upon what to eat with that kale in the same dish. The rule of thumb is that when being thermally processed, it becomes much softer, and if we mix those leaves with some strong-tasting foodstuff or dressing, that can help to hide the specific kale notes in a dish and make the stuff edible.

But since this veggie is mostly consumed raw, a reasonable concern appears: is there a way to make it taste, well, somewhat more acceptable? Fortunately, such a remedy exists.

To make it taste good, you simply need to saute its leaves in a pan with some oil, a clove of garlic, and a pinch of pepper. Done! This quick procedure will tenderize the chewy leaves and reduce their bitterness.

The only thing to remember when doing that is that kale stems must be deleted prior to sauteing.

Is Kale Good For You?

It is a well-known statement that fresh veggies and greens must be present in our daily meals at least because they help our guts and digestion to operate properly. Speaking of kale, its popularity among healthy eaters keeps on growing surprisingly rapidly year after year.

So why is kale good for you? The secret is hidden in tons of kale nutrients. Did you know that this leafy stuff contains more iron than beef? And what would you say if we said that kale has more calcium than milk? Surprised? Wait till we tell you the rest!

So perhaps we should revise our attitude to this veggie and free some more space for it in our fridges and on our tables, don’t you think?

We know how many of you guys complain about kale being tough and chewy, and completely untasty to eat. But here is what we can tell you: if you think you hate kale, you probably never tried its other varieties!

For those who don’t know, several types of kale exist and are being sold, so it’s not only those green chewy leaves everyone tries to avoid rushing for tender lettuce or any other softer greens. So next time you will be on a shopping tour in a nearby store, search for one of these:

This sort has green-gray leaves with s prominent purple stems and veins so you will not miss it out. According to the consumers’ feedback, this one tastes way better when picked and eaten young since older leaves are rather bitter.

It turns dark when being cooked, so don’t panic. That kale is still completely fine and edible.

Its leaves have a recognizable blue-green shade and they are curly. Like very curly. And this is one of the toughest sorts of kale to eat raw, so you’d better either cook it or cut in fine pieces for adding to salads.

Can come under the nickname Dinosaur kale. Sounds cool, huh? This kale has wrinkled leaves that can be as long as two feet. The good thing about it is that Dinosaur kale is super prolific and it can grow leaves every week, and even during the winter! It is also perfect for salads due to its mild taste. All benefits, no disadvantages. Isn’t that marvelous?

How to Cook Kale

It may sound surprising but there are tons of ways how to eat kale. Of course, chopping it raw for salads is the most common way of preparing it, but if you try cooking kale, you can discover way more culinary advantages of this leafy veggie.

Kale leaves are quite tough, that’s true, so the optimal way to make them tender and juicier is to thermally process them. The most preferred methods are sauteing, steaming, and stir-frying since they will not ruin the texture of the leaves and save the nutrients as much as possible.

We would recommend adding some red wine, balsamic vinegar, or lemon juice when cooking this veggie since acid will remove the bitterness. Also, Tuscan kale is tougher than others, so it is more suitable for sauteing in a pan or wok.

And if you’re looking for easy and quick kale recipes, try out some of those we have on the list:

As for how to prepare kale for cooking, remember to wash it, of course, and cut off the stems since they are not edible. If you feel like doing that, you can massage the leaves a bit to soften them, but that’s optional.

How to Store Kale

Kale is a kind of vegetable that needs no special treatment or preparation for storage if it is still raw. The best kale storage recipe is to just take off any ties or bands from the leaves if there are any, wrap the bunch with a paper towel (that will help to absorb any excess moisture and thus prevent rotting), place that “bouquet” in a plastic packet, and shove into the fridge.

As you can see, no rinsing is needed, otherwise, the leaves will degrade way quicker. Also, try to eat it within two or three days after it was purchased. During this period, the leaves have the mildest taste.

How long does kale last, you may wonder? Well, it hangs upon how to keep it.

As for the frozen kale, it’s not that popular storage approach since the leaves become too altered in texture, and thawed kale can only go to smoothies. Besides, preparation for freezing requires blanching and drying the veggie, and not everyone feels like wasting time on that.

But basically, kale is an extremely healthy and easy to handle vegetable that can become a staple in many homes. Use our tips and suggestions, and enjoy this leafy green!

If not seasoned, they are the same bitter as raw kale. They can, however, pick that toasty aroma from the baking process that will hide the bitterness.

If it’s masked with other, preferably sweet ingredients, and if kale is previously frozen, then its bitterness will be almost removed from the drink.

It gives that earthy taste to a dish, but usually, other components like vegs or meat hide the kale’s bitterness.

If pure, it will be bitter. This is why it’s recommended to mix kale with other, more tasteful ingredients that are preferably sweet.

How to Store Kale? 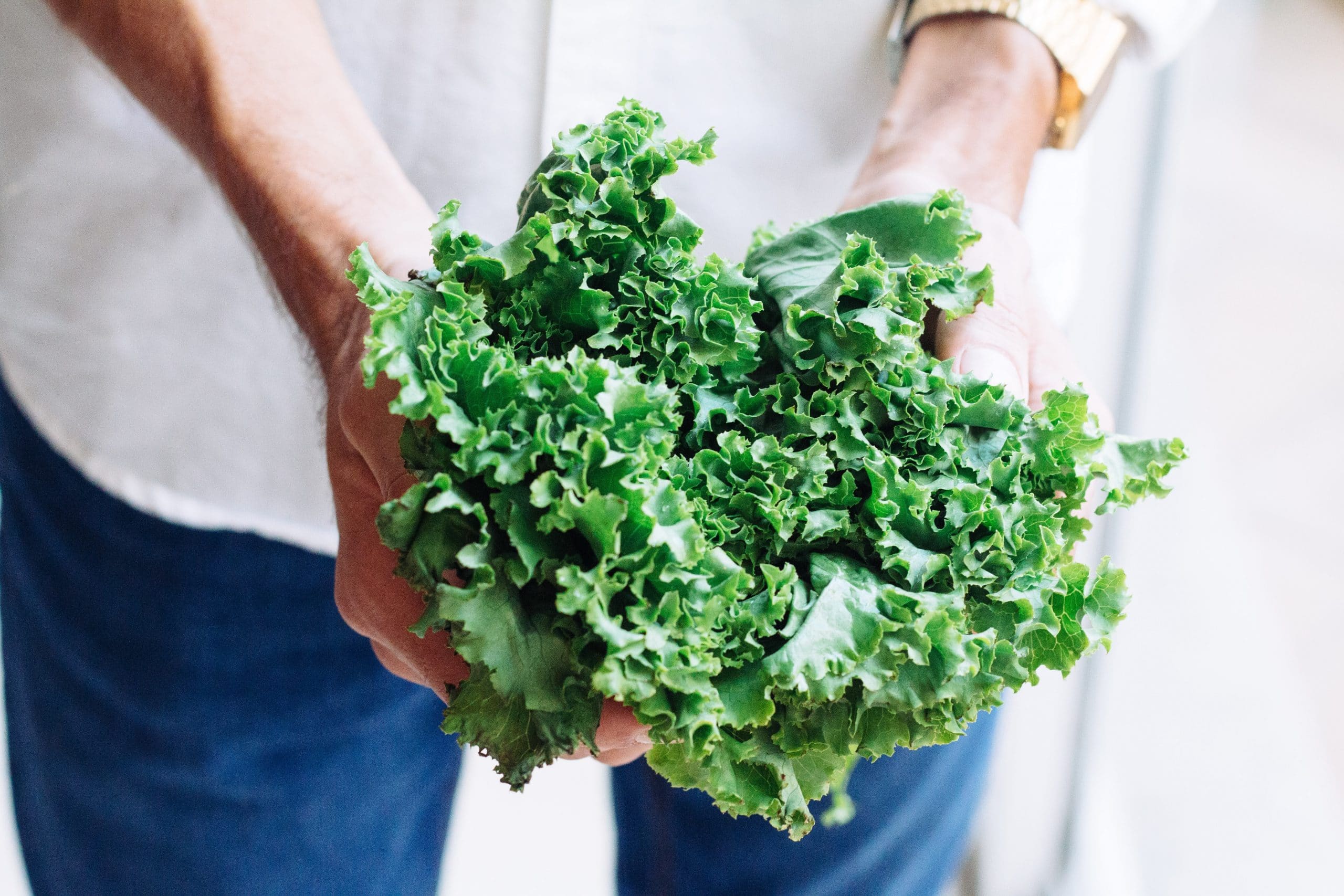 How to Store Kale?

Can You Freeze Coleslaw Salad?

Can You Freeze Cooked Vegetables?

10 Types Of Cabbage And Curious Facts About It

How to Tell If Cabbage Is Bad?
Don't have enough
time to read in a day?
Get the most rated articles on your email!