How to Store Peppers?

Helpful Advice Regarding How to Store Peppers at Home 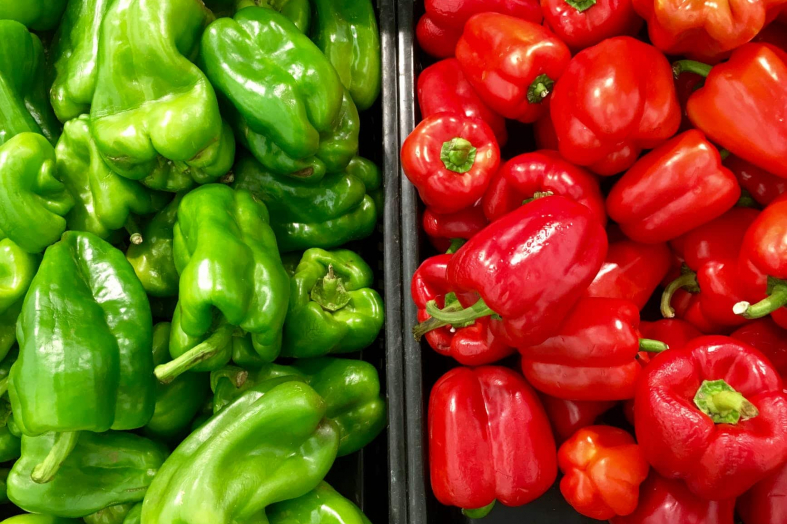 There is a wide range of various peppers starting from sweet kinds and to the bitter and spicy ones like chili or jalapenos. All of them are frequently used in cooking so many people wonder about the way of keeping capsicums correctly.

Below there is a detailed guide for you regarding this issue.

How Long Do Peppers Last. The Terms of Proper Storage and Shelf Life

Pepper is an extremely healthy plant with a lot of benefits for our wellbeing and immune system. Did you know that bell peppers, for example, are very rich in antioxidants and vitamins including vitamin C in particular? So if you are not a fan of lemons, crunch some pepper instead to get your daily dose of C vitamin!

Also, pepper is beneficial for our eyes and it contributes to the reduction of several chronic diseases.

To make this tasty and healthy veggie remain eatable more, many people used to stocking it in different ways. Nevertheless, it must be done correctly to preserve both its look and useful qualities.

Pepper storing has several specific features one shall know to avoid any spoiling of the veg.

How long are peppers good for?

If we are talking about the fresh peppers bought in the market or in a store, they will remain eatable about one or two weeks if you store them in the fridge. Wherein green bell peppers usually last somewhat more than their yellow and red “brothers”.

As for the prepared peppers, their expiration date will come after three to five days if we put them to the fridge, otherwise, if being frozen, dishes with peppers can survive for about ten or twelve months.

Bell peppers are quite picky and demanding when it comes to the storage conditions. If you leave them at room temperature, they will start spoiling faster than the other vegetables would do.

Normally, bell peppers can stand room temperature for about five days. Everything depends on how fresh they were when you bought them, too So, if you still need to keep them this way badly, put the peppers into the paper bags and find a cool and dry place for them.

How long do bell peppers last in the fridge?

Under the influence of the low temperature, bell peppers feel much better and can remain eatable and fresh for approximately one or two weeks.

How to Tell If Peppers Are Bad?

Keeping vegetables fresh and crispy will not only save their vitamins and useful qualities but also will forefend such an unpleasant thing as food poisoning.

And how to tell if peppers are bad? If you see the soft brown or grey large spots, mold, or growing rot without an unpleasant smell, the Bell peppers are bad. Don’t use flabby peppers with signs of spoilage. Keep Bell peppers from 1 to 2 weeks in the fridge, at 45 °F temperature.

How to tell if a bell pepper is bad?

If, upon taking a look at your bell peppers, you see any traces of mold, find any changes in their color or see the skin of the vegetables is softening, then it means that the peppers are getting not so well and you’d better discard them instantly as they can’t be used anymore even when thermally treated.

Tips For Storing Peppers to Keep Them Fresh Longer

So now we have approached to the most exciting moment. How to keep bell peppers fresh? To fully enjoy their savor, you need to know that the storage conditions may differ slightly depending on the precise type of pepper.

How to store bell peppers?

Bell peppers are best to be stored in the fridge or in a freezer. The impact of the low temperature prevents the vegetable from rotting and saves its taste and texture.

To refrigerate your bell peppers whole, don’t wash them before putting to the fridge as the moist will start the rotting process faster.

Put the veggies to the plastic bag and make several holes in it to let the peppers breathe. As a variant, use a produce bag and place it into the crisper drawer. The airflow will keep vegetables eatable for more time.

How to store green peppers?

To preserve the green bell peppers, use the same approach as was described above. Ensure you don’t wash them before refrigerating and choose a bag that allows the air to flow freely to prevent the vegetables from rotting.

And of course, store the peppers in a vegetable drawer.

The only difference that you may pay attention to between storing green and other colored bell peppers is that the green ones usually last more.

However, if we are talking about storing green hot peppers like chili, toss them into a plastic zip-bag unwashed deleting their stem part first. Being preserved like that, green chili can remain fresh for about seven days or so.

So, how to store green peppers? Keep green peppers in the plastic bag at 40 °F with a relative humidity of 95% or wrap the peppers in a paper towel. To maximize green peppers’ shelf-life, don’t keep them in the same box as the fruits. Don’t wash green peppers, moisture will make them rot faster.

How to store red peppers?

Red bell pepper must be stored the same way as any other kind of this pepper which is described above.

Nevertheless, for keeping red chili peppers, store them unwashed in a plastic tank at the temperature of 40-45 degrees Fahrenheit.

Anyway, how to store red peppers? Wrap each red pepper in a paper towel, place it in a wooden box, cover it with paper or wood chips and keep them for 2-3 months at 46°F. To store red peppers long-term wrap peppers in paper and store them in a ventilated plastic bag at 40 ° F on the lowest shelf in the refrigerator.

To ensure you know everything you need regarding pepper storing, check out these frequent questions to make yourself a real pro.

How long do bell peppers last?

Depending on how you store them, bell peppers can last from two or three days when chopped till one or two weeks if being raw. Cooked and frozen peppers will remain eatable for up till one year.

Do bell peppers need to be refrigerated?

It is better to do this because like that the peppers will remain eatable and of good quality more comparing to what they will look like after being stored at room temperature.

How to keep peppers fresh?

You can store your raw peppers either by refrigerating them or by freezing. In the case of freezing, you may see that the vegetables lost a bit of their crispness after defrosting but it is normal.

How to preserve chopped peppers?

If you need to keep some of the fresh and chopped bell peppers, better toss them into the fridge to prolong their life for two or three days more. It refers to the sliced peppers, too.

How do I keep cut bell capsicums?

To keep the cut peppers crisp and fresh, use a plastic sealed tank and a paper towel to wrap the papers for absorbing the extra moisture.

How to Freeze Pepper?

Everyone wants their food to stay consumable as long as it is possible, that is why we usually place our foodstuff to the refrigerator. Nevertheless, this method of storing food can’t extend its lifespan to the maximum whereas freezer can.

For this reason, we offer you to learn more about freezing sweet peppers and other kinds of this veggie.

First of all, not all sorts of sweet peppers will feel the same good in the freezer.

For instance, aji amarillos will contain too much water and become too soft after defrosting.

However, most sorts of this veggie including sweet, mild, and bell peppers can stay frozen quite all right if you follow the simple steps of the correct freezing method.

Now you can take out as much of the frozen pepper as needed and simply re-seal the packet or container until the next time.

What about the hot peppers like jalapenos or chili?

The good news is that they can also go to the freezer!

For defrosting, simply remove the peppers to the refrigerator for a while or incorporate them into the cooking dish at once. And remember to wear gloves when working with hot peppers to protect the skin from their burning juice!

As you can see, we didn’t tell you anything brand new about preserving. Nevertheless, if you learn these simple hints, you’ll be able to enjoy these tasty vegetables in many delicious dishes!

Best Tips For How to Store Asparagus at Home

How to Store Banana Bread | Detailed Guide
Don't have enough
time to read in a day?
Get the most rated articles on your email!