All About Gluten Free Marshmallow Options 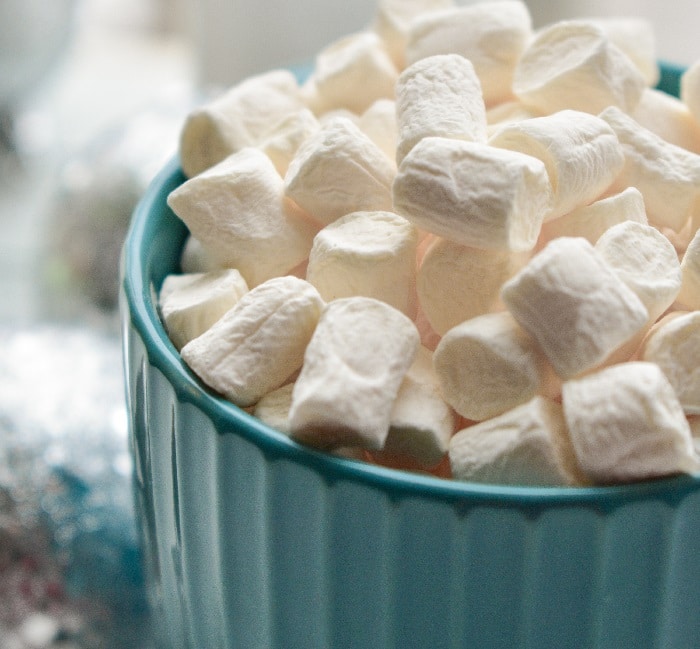 Celiac disease is a fairly rare disease, with about one in one hundred children suffering from it. Sometimes this ailment is diagnosed in adults. In this case, doctors talk about an atypical manifestation of the disease. Some people also suffer from gluten intolerance.

It is characterized by symptoms similar to celiac disease, as well as chronic constipation, numbness of the limbs, joint pain, discoloration of tooth enamel, anxiety and depression. Therefore, if you have the slightest suspicion that your body is not gluten-friendly, it is worthwhile to see a doctor and pass the necessary tests. Only the results will show whether you need gluten-free products.

Today, you can easily find gluten-free food. Modern technology even allows you to bake the appropriate bread, cookies, and cakes! But what about such sweets like marshmallows? Is there gluten in marshmallows? Keep reading to find out the answer.

Production of these sweets is attributed to ancient Egyptians and Greeks. Then the fruit or berry puree was beaten with egg yolk, and pectin helps this mass thicken. According to one legend, even their name came from the god Zephyr, who shared a recipe with the people.

What sweets do you like best of all?
Marshmallows
0%
Sweets
100%
Bakery products
0%
I do not eat sweets
0%

Americans have found the greatest number of culinary use cases of marshmallows: they are added to a variety of cakes, pastries, cupcakes, desserts without baking, ice cream and coffee beverages, cocoa. They even prepare marshmallow snacks.

Do Marshmallows Have Gluten?

Marshmallow is one of the few sweets whose recipe by definition does not include gluten-containing or dairy ingredients. Classic marshmallows consist of fruit or berry puree whipped with egg white, sugar and pectin (either gelatin or agar).

Does this mean that people with celiac disease or food allergies can safely eat regular marshmallows from the store? Not always, because usually confectionery processing lines are used to make different kinds of products, and delicacy can contain traces of both wheat flour and milk powder.

Besides, many types of marshmallows are covered with chocolate glaze, and the glaze almost always contains allergenic components. Thus, it is better for people with food allergies to buy marshmallows made at special technological lines where the contact of products with allergens is excluded.

What Can You Do with Gluten Free Marshmallow?

These sweets are similar to zephyr but they differ in composition. They also have a peculiarity: when heated, the right marshmallows do not flow but slowly melt, retaining taste and acquiring a delicate texture, and when roasted on coals, they are covered with a crust outside.Now there are many ways to use marshmallows.

One of the most common types of its use is an additive as a sprinkle to cocoa and coffee with milk foam. Due to the temperature, small lozenges slightly change their consistency and become softer, airier, and more viscous.

You can make sweet hot cakes with marshmallows. Heated pastilles can be rolled in colored sugar sprinkles for cakes and this will be a delicious and beautiful treat for the child. Marshmallows decorate cakes and pastries, making them real masterpieces.

Marshmallows are not only tasty but also a very healthy treat. You can find an abundance of marshmallows of different types and tastes in stores today. But, ready-made marshmallows may contain all kinds of aromatic additives that even cause allergies in children. They can also have gluten traces despite the labels.

Marshmallows are a healthy treat. They do not contain fats as mainly consist of fruit puree. Marshmallows have phosphorus, calcium, and iron. These minerals improve intestinal function.

If you want to make natural homemade marshmallows, use our recipe.

You may wonder is there gluten in marshmallows? Many manufacturers use corn starch instead of wheat starch or wheat byproducts. And you may consider marshmallows gluten-free only if they have less than twenty parts per million (ppm) of gluten. Such products should not have any gluten traces as it can be harmful to people with celiac disease. Some brands that produce gluten-free marshmallows:

You should note that jet puffed gluten-free marshmallows may contain some traces of gluten. They will not bring any harm to those who have an intolerance to gluten. But you should better avoid them if you suffer from celiac disease.

7  Non-Dietary Products That Help To Lose Weight
Don't have enough
time to read in a day?
Get the most rated articles on your email!