Does Cinnamon Go Bad? Dos And Donts When Storing This Spice

A Detailed Instruction For Keeping Your Spices Aromatic And Fresh Forever! 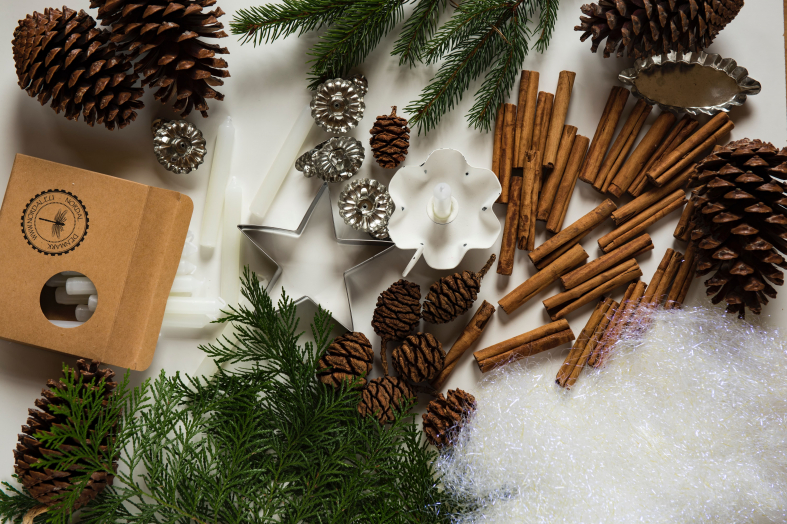 Cinnamon is one of the most widespread spices in this world. Its delicate and rich aroma is a perfect choice for desserts, hot drinks, and even meat dishes!

The very good thing about this seasoning is that it is extremely long-lasting and can stay fresh for years. The only issue that can make you sad is that it tends to lose its flavor slightly with time.

Does cinnamon go bad at all? Well, let’s figure this out!

How To Store Cinnamon. Tips And Useful Hints to Remember

Cinnamon is sold in powder and sticks. Most of us prefer groud (or powdered) spice since it is easier to make use of. No need to crush it, just sprinkle a pinch or two over the food or drink, and that’s all.

Naturally, those who use this seasoning often enough sometimes wonder whether the way of storage for these two types of the same seasoning can be different by any chance.

Well, in fact, both ground cinnamon and the one that is sold in sticks require the same storage conditions.

Since it is a spice, follow the basic requirements common for all sorts of seasonings:

According to everything said above, it will be natural to assume that the pantry is the optimal choice for storing cinnamon packet. However, note that this fits the unopened packet only!

Once the spice was unsealed, we would advise to remove it somewhere where you could see it and check its condition now and then. Let’s say, a kitchen cabinet or a cupboard would be just fine.

One more handy tip to note: if cinnamon was purchased in a soft packet, you’d better remove it to the bottle of a jar with a tight lid. Such a tank will let you store the spice for many many days!

How Long Does Cinnamon Last

A good thing about spices, and cinnamon, in particular, is that they have a pretty long lifespan.

Ground cinnamon seasoning can easily stay fresh for months if we keep it correctly. Of course, each packet has its best-by date which indicates until when the product will be at its best quality. Usually, using it after this term has passed is not recommended since the spice loses pretty much of its taste and aroma. It means that we will have to make use of much more old cinnamon when cooking compared to the fresh spice.

Well, yes, this seasoning can be safely added to our food even if its expiry date expired long ago! Some people keep on using the old spice after the years of storage, you know.

What about the cinnamon sticks? Do they lose their qualities the same fast as a ground product? No, in fact, sticks are somewhat more durable! Be sure that they will be the same aromatic as when you just bought them even after two or even three years of storage!

And remember that, if the spice is stored correctly, it is possible to extend its lifespan for many years!

How To Tell If Cinnamon Is Bad

Cinnamon is a sort of spice and, like many other spices, it doesn’t tend to go bad unless water (in some form of it) gets into the tank where the seasoning is kept.

Basically, if we store the product according to the major rules, it won’t get worse. However, if any of those requirements are broken, be ready that cinnamon can turn bad!

What are the basic symptoms of spoilage for this spice?

If even one of them is noticed, discard the spice without hesitation!

Fresh cinnamon has a delicate, slightly spicy flavor, and rich, sweet aroma. If you sense something else and worse, it means that the product is off.

⭐ Does vanilla extract and cinnamon expire?

When stored correctly in a cool and dry place, a pure vanilla extract, as well as cinnamon, has an indefinite term of use.

⭐ What does Cinnamon do to a female body?

Cinnamon is a good antioxidant, it fights inflammation, repairs tissue damages, and reduces insulin resistance in people with PCOS.

⭐ When should you throw out spices?

Mostly, the spices are bad if they have mold, clumps, wet dots, or their aroma is off. Any traces of organic growth also show that the product is spoiled.

⭐ Is it safe to eat expired cinnamon?

Basically, old cinnamon is ok to make use of unless it has any obvious signs of spoilage e.g. mold, clumps, or organic growths.

⭐ Does cinnamon have side effects?

The spice may indeed have side effects but only in case one consumes it too much. Such effects include liver damage, the risk of cancer, mouth sores, low blood sugar level, breathing issues, etc.

⭐ Is it safe to use expired spices?

Basically, spices are pretty long-lasting. If their taste and aroma are fine and no visual signs of spoilage appear, they’re safe to make use of.

As you can see, cinnamon is pretty easy to store and this spice is truly universal since it can be used for making hot drinks, savory meat dishes, desserts, and sauces. Besides, making cinnamon water will allow you to enrich your body with vitamins and useful elements this spice has to boost your immune system and improve the state of health.

Use it reasonably and carefully, and enjoy this awesome product of nature!

How to Store Banana Bread | Detailed Guide
Don't have enough
time to read in a day?
Get the most rated articles on your email!