Can You Microwave Olive Oil?

Is it safe can you substitute it somehow? 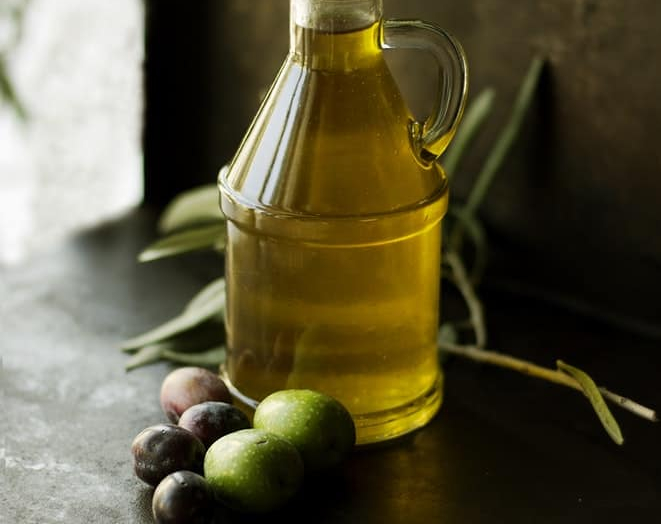 When we are in a hurry and want to eat quickly, the fastest way to warm up a meal is to microwave our food. Almost every family has this device in their kitchen, and it is mostly used for heating foods and drinks like tea or cacao, but sometimes, people go further and even try to cook in their microwaves!

But the biggest point of concern is oil, olive in particular. Is it a good idea to microwave this stuff? Will it not explode? Keep on reading to find the answer!

Can Olive Oil Be Microwaved?

Shortly speaking, you’d better not do this, however, technically, oils like olive and others can be warmed in a microwave. But let us make it clearer step by step.

We need to start with the fact that oil is actually fat, not liquid considering its physical and chemical peculiarities. Yes, it might be tricky to accept and understand since this substance does look like liquid! But the fact is that it is not.

The major distinction between oil and water is that the molecules of oil lack the polarity that water molecules have. Besides, there is no liquid within the oils that could be heated.

As a result, when we try to microwave dinners with olive oil or make an attempt to warm up some of it for, let’s say, beauty products of procedures, the substance will not be heated as much as we need it.

And even though microwaving olive oil doesn’t lead to any dangers compared to microwaving some other foodstuffs, it is better to avoid doing this since the result will be pathetic.

Foods That Can’t Be Microwaved

Since olive oil is not the best thing to place in a microwave to heat it up, some of you might wonder whether other foods exist that can’t also be exposed to such kind of heating.

In fact, there is quite a long list of such products, and we would like to make everyone familiar with it so that next time you will be microwaving food you wouldn’t put something dangerous into it.

Believe us: hard-boiling eggs using a microwave is a bad idea! The heat inside of the microwave oven will create steam inside of the eggshell which will result in its explosion.

Another bad idea since microwaving destroys most of the beneficial elements and nutrients this veggie has. To enjoy broccoli to the fullest, better steam it.

Microwaving breast milk can lead to the liquid uneven heating which can be somewhat harmful to the baby since hot spots in food can scald his/her sensitive palate.

So if you are a breastfeeding mom and you usually freeze breast milk to give it to your newborn later, be especially careful with how you defrost and warm it up!

If we microwave bread, we will get stone-hard stuff that is hard to bite and chew. It happens because of the way the starch and gluten react to heating and cooling. In fact, it is even more about cooling since it turns bread into a chewy challenge.

So if you are craving for a delicious warm bun, better wrap it in foil and warm in the oven.

When we have some cooked fungi left, it is so tempting to microwave mushrooms quickly to enjoy them! However, we would not recommend you do that since improperly reheated cooked mushrooms can be a cause of severe stomach ache and other unpleasant problems.

Can you microwave hot dogs? Everyone probably asked this question at least once, and we must say that warming hot dogs like that is a bad idea.

When we microwave processed meaty foods like the hot dog sausage, it can lead to cholesterol oxidation, and that thing is the frequent reason for heart diseases and other issues.

The better way is to warm it up on a stove if you’re still going to indulge.

Are Microwaves Bad For You?

This question can’t be answered unequivocally: some studies say that microwave radiation can affect our bodies in a bad way with time, others insist that its level is not harmful but certain protective measures are still better to be taken.

So is microwaving food bad? All of us heard that this device is rather harmful in terms of its influence on our health. However, people often have no idea if it is really so, and how exactly microwave influence on us.

Does microwaving kill nutrients in our foods? And again, this question can’t be answered equivocally. Everything hangs upon the type of food since, for instance, different veggies react to microwaving differently. Garlic will lose some of its cancer-fighting compounds, for instance.

But generally, microwaving doesn’t destroy more nutrients than boiling or frying because microwave won’t heat foods that much.

Since now you know about the basic facts regarding this device, decide whether to use it or not. But anyway, it’s always better to reduce the impact of electronic devices on you and your food.

⭐ What should you not put in the microwave?

Eggs in shells, bread, processed meats, fruits, milk, pasta sauces, and oils must not be warmed this way.

⭐ Why does pork explode in a microwave?

Perhaps the food is too moist inside and moisture turns into steam too fast making the foodstuff burst.

⭐ Is it bad to microwave sour cream?

No, it’s fine if you heat it in a microwave-safe tank and do it in short intervals.

⭐ Is it safe to microwave oil?

Basically, it is but oil won’t get warm enough because it’s not a liquid.

5 Amazing Benefits of Argan Oil For Your Hair

A Fruit Or Not a Fruit? All the Truth About Coconut
Don't have enough
time to read in a day?
Get the most rated articles on your email!