How to Freeze Rhubarb?

How to do it properly 5 useful Hacks! 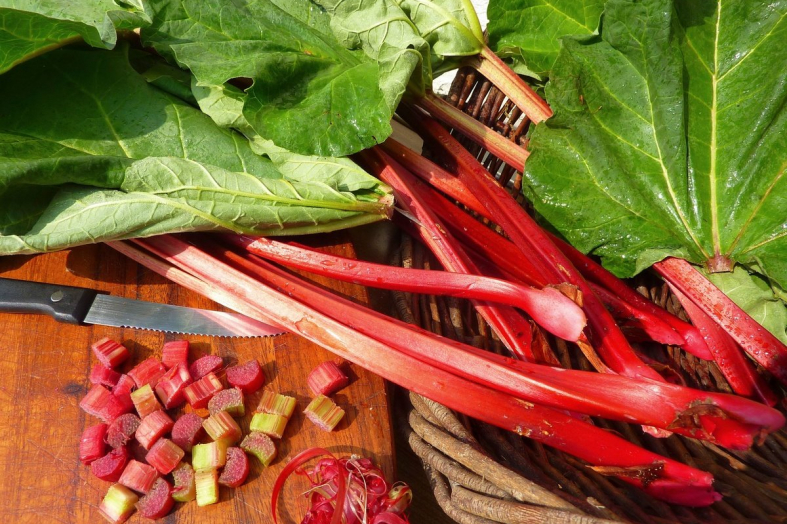 Let’s agree, we don’t use rhubarb often enough to be perfectly knowledgeable about how to keep it at home properly.

Unlike other vegetables, rhubarb is not a frequent guest on our tables. However, this vegetable can be widely used not only for sauces but also for pies, cakes, and even jams!

Of course, those who use this vegetable often are interested in keeping it to its longest.

In terms of this, freezing rhubarb would be the best option possible.

Can rhubarb be frozen? How do we do it properly?

All the answers can be found below!

What Makes This Vegetable So Useful?

All the raw vegetables and fruits are good for our health and rhubarb is not an exception.

It’s a source of antioxidants, vitamins K1 and C, calcium and fiber. Besides, we can intake protein when consuming it, and its low level of calories makes it safe for dietary eating.

Regular consumption of rhubarb will decrease the cholesterol level and boost our immunity, too.

All One Needs to Know About Freezing Rhubarb

Rhubarb, even being a vegetable, must normally be prepared as a fruit.

Many people wonder which part of it is edible, the stalks or the root crop. In terms of consuming, only the stalks are possible to eat since the leaves are toxic, the same as the root crop.

Regarding this, the question occurs about the rhubarb freezing. Since the stalks remind celery and contain much water, is it possible to expose them to frost? Will they not get freezer-burnt because of the long exposure of the low temperature?

Well, a way exists how to freeze rhubarb raw and avoid its ruination, as well as the loss of the qualities.

Since the stems are growing over the soil, they are always being exposed to the impact of external factors like dust and dirt. In addition, some harmful bacteria may get onto them.

So wash them in advance before using and dry thoroughly.

Choose only the vegetables with the fresh-looking, crisp and blemishless stems!

If not, then preserving rhubarb raw is also fine.

Drain and instantly remove rhubarb to the ice-cold water to stop the process of cooking and fix the color.

Drain once again and spread evenly on paper for drying.

But if you’d prefer to take some once in a while, then open-freeze it on a baking sheet for a couple of hours and then toss into a frost-proof tank or packet.

After being preserved like this, fresh rhubarb will keep its taste and color together with the crispness. In addition, such a  method to preserve rhubarb allows it to remain edible for nine months at most!

How to Freeze Rhubarb Without Blanching

Of course, someone would prefer to leave rhubarb stalks as they are, raw and unblanched, and expose them to frost in this condition.

Feel free to do as you wish but remember that, when being frozen raw and unblanched, rhubarb stalks will manage to last for nearly three months or so.

In addition, blanching preserves its major qualities such as taste, crispy texture, and flavor for much longer.

Anyway,  preserving it raw is also fine. To freeze rhubarb, just wash the stems and peel as you would do for blanching first. Then cut them and put the pieces into the frost-resistant tank.

How to Store Rhubarb

Of course, rhubarb is possible to keep unfrozen as well. However, this way of rhubarb storage is good only if you are sure that it will be used pretty soon and won’t start getting spoiled.

When storing rhubarb, keep into account that this vegetable is quite watery which means that it can easily be exposed to spoiling because of improper storage conditions.

So, to extend its shelf life, cut off all the leaves leaving the stalks completely bold.

Then wrap them into the ordinary plastic wrap and refrigerate. Like this, the lifespan of the vegetable will be extended for one week.

Never wash rhubarb before refrigerating because it may cause the sooner rotting!

How to Tell If Rhubarb Is Bad

Just like any other vegetable or fruit, rhubarb must not be consumed if any signs of spoiling or rotting are found. Always discard such suspicious stalks to protect yourself from any possible harmful effects.

How to define that rhubarb has turned spoiled?

The major sign is the discoloration of the stalks. Also, they often turn soft and have the off smell.

Where to Use Rhubarb? Ideas And Tips

Quite a few of us probably know that rhubarb can be widely used in cooking!

And we are talking not only about the sauces to highlight the taste of savory meat dishes.

Even though rhubarb has a somewhat sour and tart taste, it is very popular as an ingredient for different sweet pies and fruit or berry tarts as a filler. For sweet bakery and sweetbreads, it is also a perfect match.

Another option for using it is to add rhubarb to crumbles, compotes, and syrups. Making jam or marmalade is also a good choice.

Now, as you can see, there is nothing complicated about how we store rhubarb at all. It will not take much time and effort, besides, no special skills or tools are needed either.

In addition, now you are aware of the basic rhubarb freezing instructions that will allow preserving the tasty stalks longer.

So, when doing everything right, it will be possible to enjoy this tasty vegetable in many different dishes and desserts and treat the whole family whenever you feel like!

Can You Freeze Mushrooms?

Can You Freeze Lettuce?
Don't have enough
time to read in a day?
Get the most rated articles on your email!