Can You Freeze Watermelon?

All You Wanted to Know About This Juicy Fruit 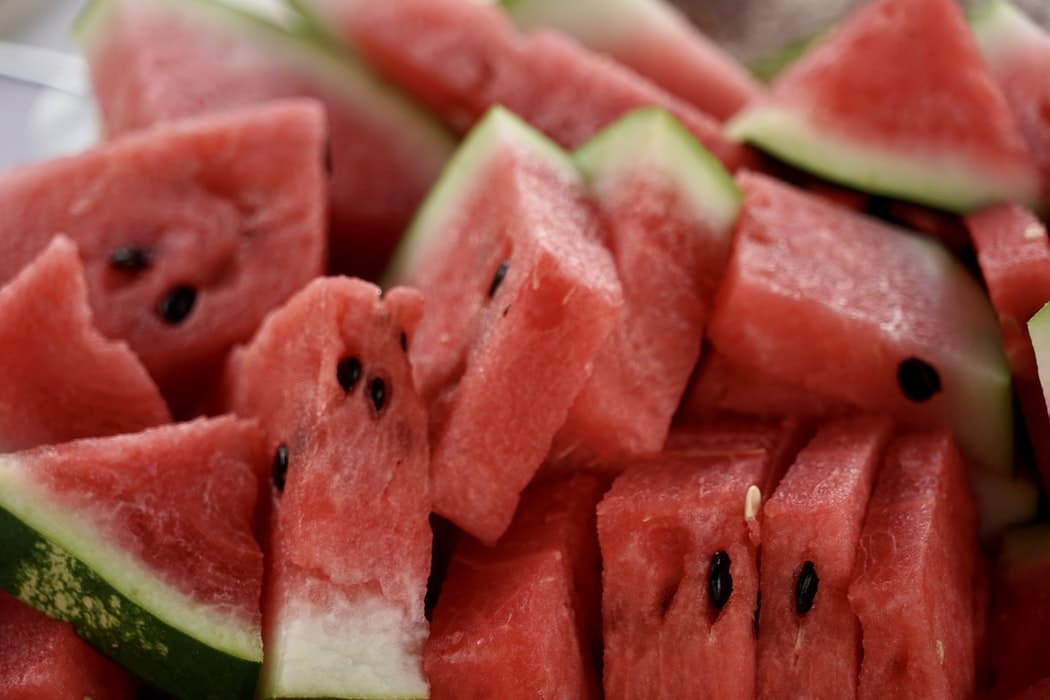 Some say that watermelon is a fruit, some that it is a berry. No matter what it is, what matters most is how to keep it tasty and the same juicy as when it is fresh. Concerning this, many people wonder whether freezing watermelon can help.

Keep on reading to know the answer!

What You Need to Know About Watermelon Freezing. A Brief Guide

Watermelon is so good to eat in the summer! Its juicy and sweet flesh tastes especially awesome on a hot summer day. But have you ever thought of grabbing a slice or two of this yummy in winter? We bet you have!

In fact, there is nothing complicated about it as watermelon can be kept in the freezer indeed. Despite the belief that such a watery fruit is difficult to affect by frost, to freeze watermelon is not a big deal. Besides, after being properly frozen, watermelon can last for about eight to twelve months!

Watermelons do indeed consist of ninety-two percent of water but this is actually what makes them freezable so well. What you need to take into account is that it will change its qualities after you defrost it.

Even though watermelon preservation with using the freezer helps to keep this fruit last longer, it does change its taste and texture. And if after thawing your watermelon will be almost the same sweet as it was before you put it to the freezer, after the defrosting process, you may notice that its flesh is far less crispy and has lost most of its toothsome bite.

So if you are not too picky and you don’t mind your watermelon is a bit soft, freezing is the best way for you to prolong its shelf-life.

How to Freeze Watermelon and Not Mess With It

There may be some questions regarding how to freeze watermelon correctly to get the best result without ruining it.

Well, if you decided to make some frozen watermelon by yourself, make sure you follow the storage instruction precisely. As for the method of freezing, there are several options you are free to choose from.

Wash the whole watermelon to delete any dirt from its surface and dry it.

Then cut it in four equal pieces. Use a flat and stable surface for that so that you won’t cut yourself accidentally! Also, to make dividing easier, you can cut your watermelon in halves and then, after laying each half flat, cut them both into two pieces as well.

The next step is to take away all the seeds and cut off the rind. When dealing with the rind, pay attention to cut off both green and white parts of it!

Now that you have only flesh left, cut it into cubes of 2.5 centimeters each. Cubes are the best shape for freezing watermelon only if you make them all the same size to be frozen to an equal rate.

A small hint for you: it may be easier for you to cut watermelon in halves first and then just slice each piece horizontally.

Can you freeze watermelon balls some people also ask? Yes, balls the same as cubes shape is the best way to keep watermelons in the freezer as it allows them to be affected by the frost evenly.

Can you freeze a cut up watermelon?

This is another question that is frequently asked. In fact, the smaller pieces you make for freezing watermelon the better it will get frozen.

However, watermelon chunks can also go to the freezer perfectly.

To freeze it properly, cut off the rind and remove the seeds first of all. Also, ensure you slice your watermelon in equal slices of the same thickness. Like that, they will get frozen evenly.

Then put the slices into a plastic airtight bag and toss it to the freezer.

If you are going to keep your sliced watermelon ina fridge, you can leave the rind, only make sure you cover the flesh with a plastic cover to prevent it from drying.

One more option for freezing watermelon is to cut it into cubes and preserve unsweetened.

All that you need to do is to spread the watermelon cubes on the baking sheet previously covered with a baking parchment paper. Leave some space between the cubes to prevent them from sticking to each other.

Freeze them for a couple of hours until the cubes are hard (you must not be able to squeeze them with your fingers).

Now you can replace the cubes to the plastic container for freezing. Pay attention to the fact that you must leave some space, about two centimeters, empty in case watermelon expands.

Freeze it with sugar

Yes, it’s also an option! To preserve some sweet watermelon, prepare it as you would do for freezing it normally (see the descriptions above).

After you have cut it into cubes, add about 400 grams of sugar for every two kilos of fruit. Stir thoroughly to help the sugar to spread evenly between the watermelon pieces.

Now you can put the watermelon into the container (remember to leave some space empty for the fruit to expand) and freeze it.

Watermelon can freeze at the temperature of about -18 degrees Celsius without significantly losing its taste and flavor. However, its texture will change a bit. That’s why frozen watermelon is best to be used in smoothies and other liquid foods recipes.

How to Defrost Watermelon

After watermelon freezing, a proper defrosting process is a must.

To get a fruit that is still tasty and juicy, remove your watermelon to the fridge to defrost it. It is the least traumatizing way of defrosting (unlike using a microwave, for example) even though it may take some time.

Simply wait till watermelon becomes soft in the fridge again and then use it as you want. For smoothies, it’s fine to use even a bit unfrozen pieces of watermelon.

Also, remember that watermelon can last in the fridge for a maximum of four days after you defrost it.

The methods described here work well not only for freezing fresh fruit but also for preserving some leftover watermelon. Anyway, no matter which option you choose, you will be able to keep this tasty and sweet yummy fresh for much longer!

Can You Freeze Sour Cream?
Don't have enough
time to read in a day?
Get the most rated articles on your email!