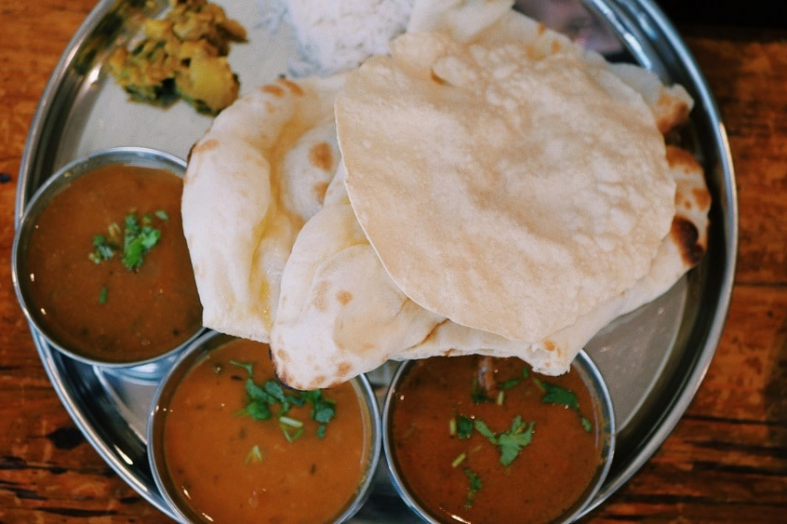 Gravy is a perfect supplement for many meat and vegetable dishes, however, it can be also used for any second course, for example, pasta, rice or bulgur.

However, when it’s too much gravy, we may need to keep some for later and many people wonder whether it is fine to freeze gravy.

Below, you will find the most precise guide for freezing gravy properly.

So, can you freeze gravy? Yes, you can freeze gravy for 5 months at least. Cool gravy at room temperature put it in the proper freezer-friendly container and put it into the freezer. You can thaw gravy at the lowest freezer shelf for 3 hours, reheat it and use it.

Related: How Long Does Cooked Sausage Last In The Fridge?

You might not know, but there are many more kinds of gravy than simply brown gravy made of meat, like as deli meat, or fowl drippings!

There is also a cream gravy that is good with chicken, egg gravy, giblet, and mushroom gravy, and finally vegetable gravy (there is even onion gravy!).

How long is gravy good for? Depending on the ingredients it contains, each kind of gravy has its own storage specifics and conditions, as well as the duration of keeping.

Let’s check out several most popular ones.

If you store it properly, your homemade beef gravy will remain eatable for two days only. Also, when you repeatedly heat it, bring it to the rolling boil before you serve it.

Sausage gravy, if stored in the airtight tank, can last for about three to four days refrigerated.

As any homemade gravy made of fresh meat, the chicken gravy will remain usable for two days when refrigerated properly.

After you cook it, homemade mushroom gravy, when being stored accurately and correctly, will remain eatable for three days when refrigerated.
So, when will mushroom gravy expire? Mushroom Gravy will expire in 3 days after cooking. If you store it in a proper airtight plastic container or in the sealed glass jar on the lowest shelf in the fridge.

Cream gravy will be available for eating about two or three days if you store it properly.

So, how soon will cream gravy expire? The cream gravy will expire after 3 days in the fridge. If you store it properly in the airtight container or in the properly sealed jar at the lowest shelf in the refrigerator.

How long can you freeze chicken gravy?

Chicken gravy can be stored in the freezer for 2 months in a freezer-friendly container or in the jar. To properly freeze chicken gravy, let it cool at room temperature, put it into the container, seal it properly, and put it in the freezer.

How long can you freeze ham bone and gravy?

You can freeze ham bone and gravy for 2 months. You should choose a special container made of freezer-friendly plastic and seal it properly. First of all, cool the gravy at room temperature, put it into the container, and then put it into the frost camera.

Related: How Long Is Cooked Salmon Good For? Stocking Suggestions

As you can see, keeping gravy fresh will not be possible for more than four days at best no matter how you try.

But what if you would like to preserve it for using later?

The best and the only possible way is to freeze gravy.

However, it is better to prepare yourself in advance and learn as much as you can about the freezing procedure to avoid any problems and the ruination of the product in case you do anything wrong.

First of all, you need to know that different types of gravy have their own freezing specifics and requirements.

For example, flour-containing gravy is pretty easy to freeze and it can remain preserved for about four months.

Nevertheless, if we are talking about cream-based or milk-based gravy, they will not be able to freeze thoroughly as milk products will make them separate during the defrosting.

So what shall you do to prevent your gravy from spoiling and preserve it longer?

When being kept this way, your gravy will keep its taste without any noticeable changes.

To defrost your gravy, just remove it to the fridge for one night to let it thaw and then repeatedly heat it in a saucepan over the medium-low heat.

If it looks too thick, feel free to add some water or even stock and remember to whisk it all the time to avoid lumps to appear!

Related: Can You Freeze Baked Beans?

What to Do With Leftover Gravy

Leftover gravy, in fact, is not a big deal to handle if you know what and how to do it.

As for preserving it, use the same freezing method as described above for the freshly-cooked gravy. Simply cool the gravy first and then take a container and pour your gravy in it.

But what to do with it afterward, you may ask?

How and where to use it?

Well, you can serve it with mashed potatoes and meat or pour it over your dish with pasta. It will also fit perfectly any soup, stew or casserole adding its flavor to the dish.

How to Preserve Different Kinds of Gravy. Q&A

Different kinds of gravy have different durability period. Want to know which one can last longer?

Homemade turkey gravy, when being properly frozen, can last for about two or three months.

Yes you can. If you used cornstarch for thickening your gravy, it will freeze well but after defrosting the texture will thin out and you will have to rethicken it again and it can take up to 10 minutes. You have to keep in mind it while freezing gravy with cornstarch in it.

Sausage gravy will get frozen easily, however, it may separate a bit after thawing. If that happens, simply whisk it actively while reheating.

To freeze turkey gravy, use the same approach as for the other kinds of gravy described above.

How long can you freeze chili gravy?

Yes, you can freeze chili gravy. Gravy can stay frozen in the freezer for 4 months. First, you should cool chili gravy at room temperature, then put your gravy in the special container or the jar, which is freezer friendly. Then put it into the freezer. Thaw gravy at the lowest fridge shelf.

Is It OK to Reheat Gravy?

You can’t eat frozen gravy cold so yes, you will have to reheat it anyway.

To prevent your gravy from any lumps, whisk it all the time while you are heating it up.

Also, if the texture of your gravy looks too thin, you will probably need to thicken it again by adding some flour or cornstarch.

However, take into account that reheating gravy more than one time is not acceptable as the second heating will ruin the sauce completely.

How to Tell That Your Gravy Turned Bad?

Any gravy is not the kind of product that you can keep for a long time and it may often happen that the sauce turns bad even when being stored refrigerated.

So how to define whether your gravy is still good or the time has come to say “Good buy” to it?

Simply take a look at it. If you notice any changes in its color, any dark areas or spots on its surface, if it has a weird or unpleasant smell or, moreover, if you spot any signs of mold, discard that sauce instantly as it can’t be consumed anymore.

Can You Freeze Chicken Salad? Useful Tips
Don't have enough
time to read in a day?
Get the most rated articles on your email!