How to freeze cabbage so that it saves all the useful elements? 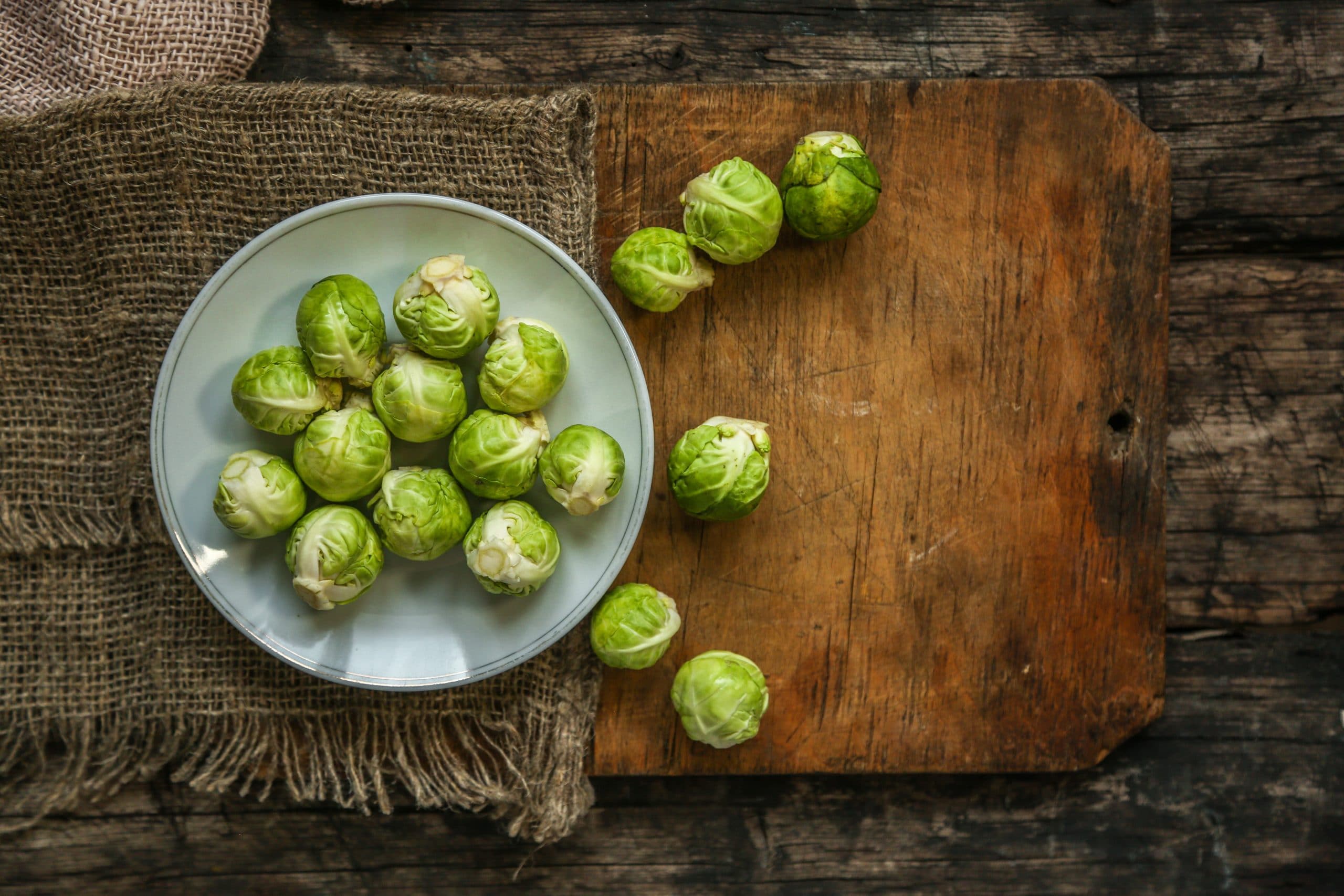 Cabbage is a healthy vegetable that is widely used in many national cuisines all over the world. You can eat it boiled, fried, blanched or steamed in many different ways and even raw!

How to freeze cabbage so that it saves all the useful elements and vitamins it has? Keep on reading to know the answer!

How to Freeze Cabbage. Useful and Easy Prompts

Cabbage, no matter which sort of it, is extremely healthy! If you want to strengthen your immune system, cabbage is an irreplaceable vegetable on your table.

This vegetable has lots of vitamins including nutriments C, K, B6 and A. In addition, it is filled with minerals and microelements such as calcium, magnesium, potassium, iron, and riboflavin. It is full of fiber and antioxidants and includes very few calories, too.

No wonder that people often want to preserve cabbage for further use at home!

How do you freeze cabbage at all?

In fact, even despite the opinion that cabbage (or some sort of it) is hard to freeze and store, this vegetable is pretty easy to keep fresh and eatable. What is even better about this is that it won’t require you any super efforts and much time!

When following such an instruction, people may often wonder: how to blanch cabbage for freezing?

In fact, there is nothing complicated about it at all.

Just immerse the cabbage cut in pieces into the boiling water and let it stay there for two minutes. No longer boiling is needed, otherwise, the vegetable will turn too soft.

Can You Freeze Fresh Cabbage? 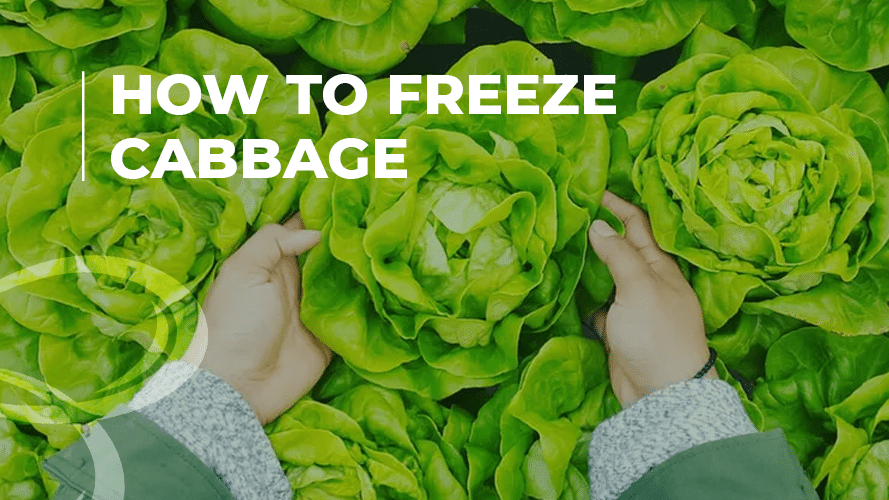 Shortly speaking, yes, you can freeze cabbage. Cabbage is a very versatile veggie not only in terms of using it in many dishes but also regarding preservation.

It adapts to the freezing procedure surprisingly easily, this is why people who grow it always count on this leafy miracle for year-round nutrition it is able to provide by being incorporated into all kinds of seasonal meals.

Moreover, we will only benefit from preserving this veggie since cabbage is filled with vitamins, fiber, and minerals being very low in calories at the same time. Exposing it to frost and saving for future use will allow enjoying all of its benefits far beyond the growing season that allows us to harvest it only once a year.

To pick up the best leafy foodstuff for freezing, remember to seek for the following characteristics:

Like this, you can be sure that the veggie that is going to be preserved will be of the highest quality.

How to Freeze Cabbage After Blanching It?

Blanching is an approved method of extending the foodstuff’s lifespan when frosted. If done correctly, it can make cabbage stay edible for up to three months instead of several weeks.

We would not recommend using the firm tanks for that since it is difficult to delete the air from there. Of course, unless they are hermetic.

How to Freeze Cabbage Without Blanching It 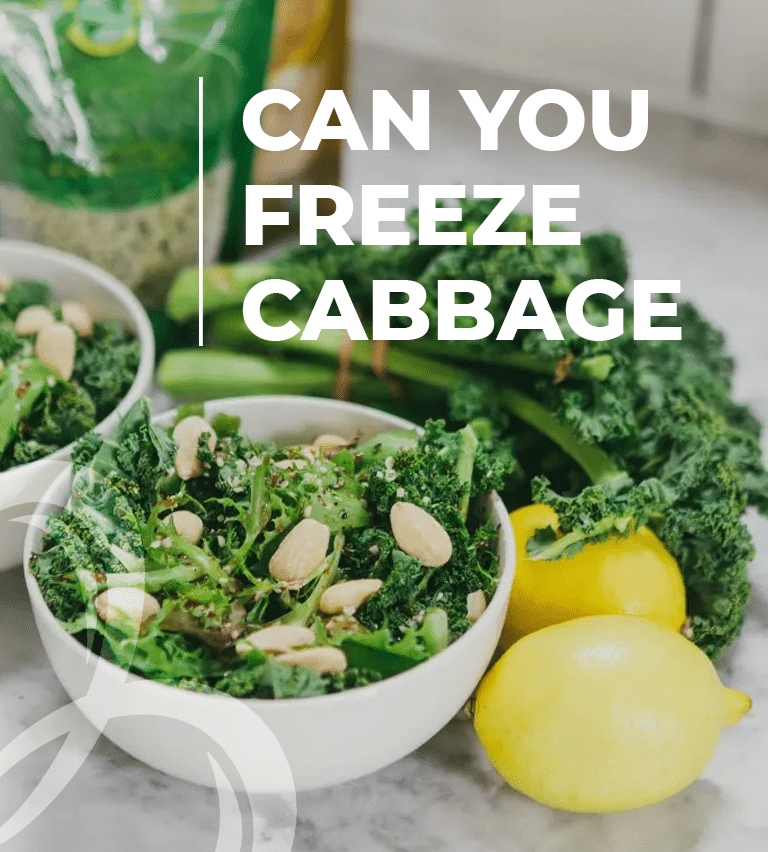 To get the cabbage ready for the frosting camera, several simple steps must be completed:

Now it is time to decide how it is going to be preserved.

Feel free to divide it into separate leaves, cut in quarters, or wedges, or shred.

It will mostly hang upon what it will be used for: most of the dishes will need finely chopped or shredded veggie, but some of them, for instance, rolls, require using the whole leaves.

Think of that prior to proceeding: perhaps, you might want to freeze it in several ways.

When all is decided, it can be frozen as it is, in a tightly sealed hermetic freezer-safe packet, but remember that in this case, the veggie must be utilized within four to eight weeks.

Can you freeze raw cabbage? 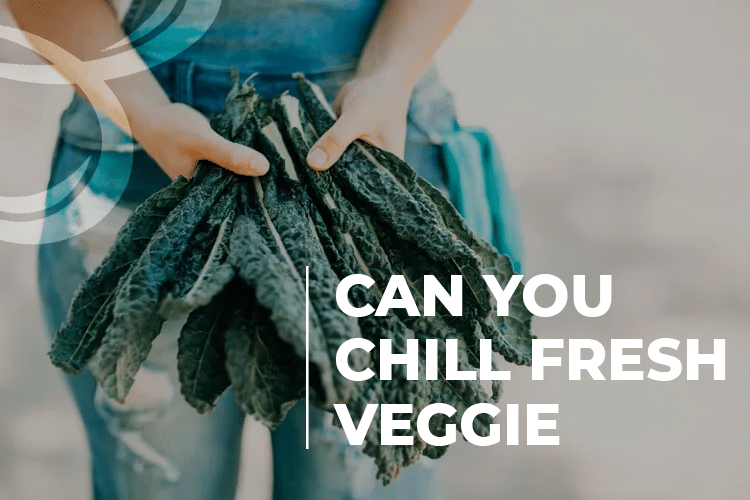 One more thing that may bother you is whether freezing cabbage without blanching is possible.

In fact, it’s absolutely possible to freeze raw cabbage if you need it or if you want to.

Simply wash it if your cabbage was bought at the farm market and dry properly. After that, you can put it in an airtight bag or box and send it to the freezer.

The only thing you have to remember is that, after being frozen raw, your cabbage must be used within the next four to eight weeks.

Whole Or Cut? How to Freeze Cabbage

Another issue that sometimes confuses people is whether it is allowed to freeze cut or whole cabbage.

Well, let’s figure this out once and for all!

Can you freeze chopped cabbage? 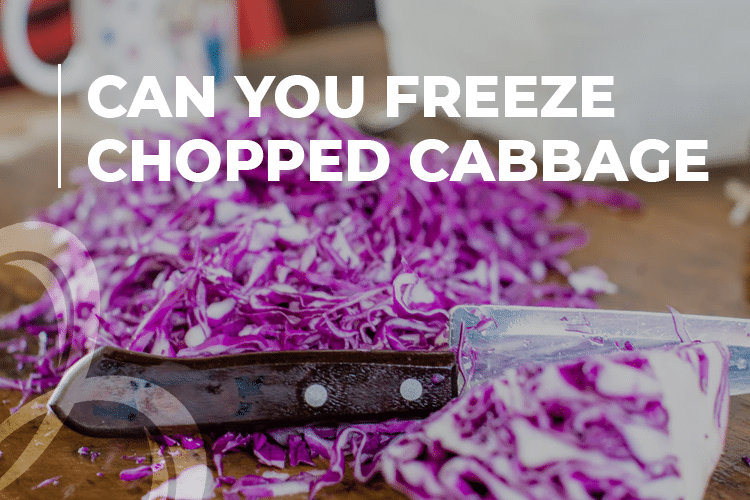 If you are going to use this cabbage later in a dish directly and won’t have to chop it then, just do it in advance.

The procedure of freezing will be the same as for the cut cabbage:

If it needs to dry more, let it do so, and afterward put the chopped cabbage to the container and leave to freeze

Can you freeze a head of cabbage?

It is possible to freeze a whole cabbage.In this case, don’t remove its stalk as it helps to keep leaves together.

Is it ok freezing cabbage leaves? 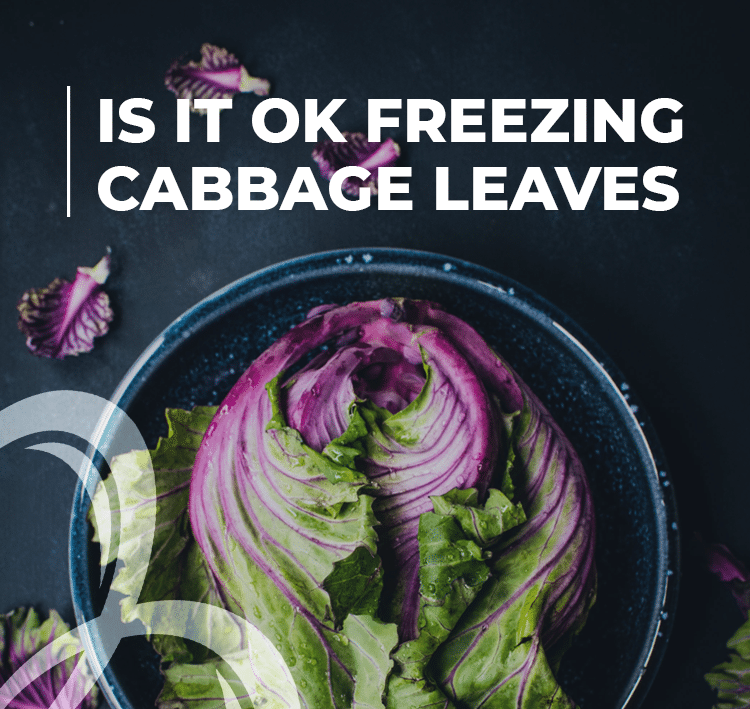 Freezing cabbage leaves is possible, too. All you need to do is:

Can You Freeze Cabbage Rolls?

Cabbage is a great veggie for making rolls since its leaves can be used as ideal wraps for almost any kind of filling! But is it possible to preserve such rolls by freezing them? Will they not get ruined in the frosting camera?

Well, technically speaking, rolls made of cooked cabbage leaves can be kept in the freezer. Nevertheless, you need to keep in mind that, after they are defrosted, they will most likely turn into a soupy mess. Sounds not very appetizing, right? It’s because cabbage consists of thin-walled cells that will rupture if we freeze it too quickly.

This is why it is suggested to freeze cooked rolls made of cabbage slowly starting from the refrigerator first. And only then, after being cooled properly, they can go into the frosting camera.

Can You Freeze Cabbage Soup?

Not all of us have enough time every day to spend it on cooking meals. However, everyone would love to have something delicious and hot now and then for their dinner at work or at home when they feel too lazy to stand by the stove! This is why we freeze our meals so often.

Cabbage soup is a delicious dish, but many people wonder whether it is possible to keep it frozen without affecting the quality of the dish.

Well, the good news is that cabbage soup can be successfully left in the frosting camera! However, you need to prepare it for this right, otherwise, the dish may become ruined. The simplest way of doing that is to cool down the soup first until it is at room temperature.

Like that, the integrity of the components will be preserved way better. And then you will only have to pour the soup into a frost-resistant container and place them in your freezer.

Can You Freeze Cabbage Roll Soup?

This dish is a great thing when you need to have some food saved in advance! And luckily, it can be frozen perfectly. To keep the texture of cabbage rolls proper and to avoid your soup going mushy, we would recommend you undercook the rolls so that when you defrost the dish, they will not fall apart.

Except for this nuance, preserving this soup in a freezer has to be done the same way as you would do with any other dish. Simply let the soup cool down until it reaches room temperature. Then transfer it to smaller frost-resistant tanks (we recommend using several smaller containers to divide the whole batch into portions at once), and freeze. Voila! Your delicious soup is ready for freezing!

Can You Freeze Stuffed Cabbage Rolls?

Shortly speaking, yes, stuffed cabbage rolls can be preserved in a freezer. However, we strongly recommend freezing them uncooked. See, cabbage leaves are very delicate, and they can easily get mushy if we cook them first, and then freeze and defrost.

But if we stuff them, leave them uncooked, and freeze like that, the cabbage will easily survive the frosting camera. Then, after unfreezing such rolls, you will only have to cook them using the method you usually opt for. 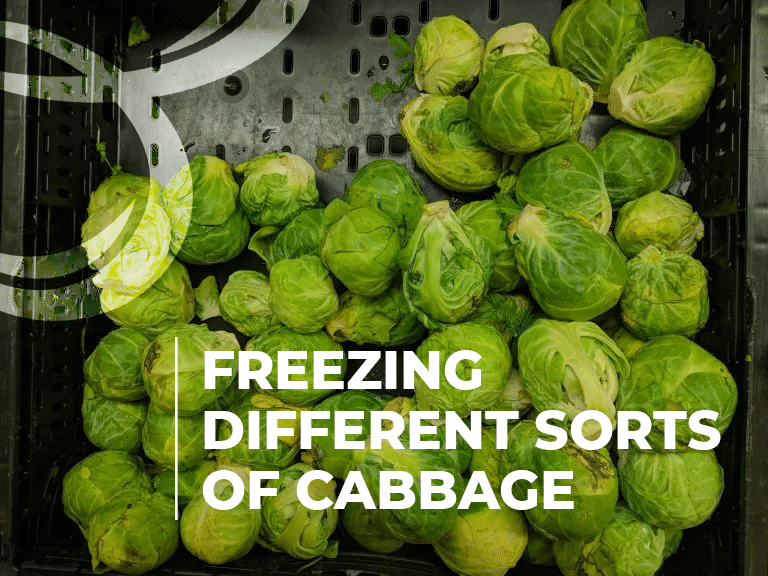 There are many different sorts of cabbage, that’s why we may often ask ourselves how to preserve the particular sort of cabbage using the freezer.

Let’s try to clarify this issue.

To begin with, the methods described above work well for the white cabbage.

Can you freeze red cabbage the same way, for example? Yes, it is possible. The procedure remains the same as for the white cabbage.

Can you freeze napa cabbage? Yes again! And again, just follow the steps described above to freeze it right.

Nevertheless, the main thing you must consider is that any cabbage has a lot of water in it and, after being defrosted, it will become soft and mushy. That is why defrosted cabbage is better to be used in cooked recipes.

These cabbage-freezing tips will allow you to preserve the vegetable for use when cooking many delicious dishes with it!

How Long Does Cabbage Last In the Fridge? 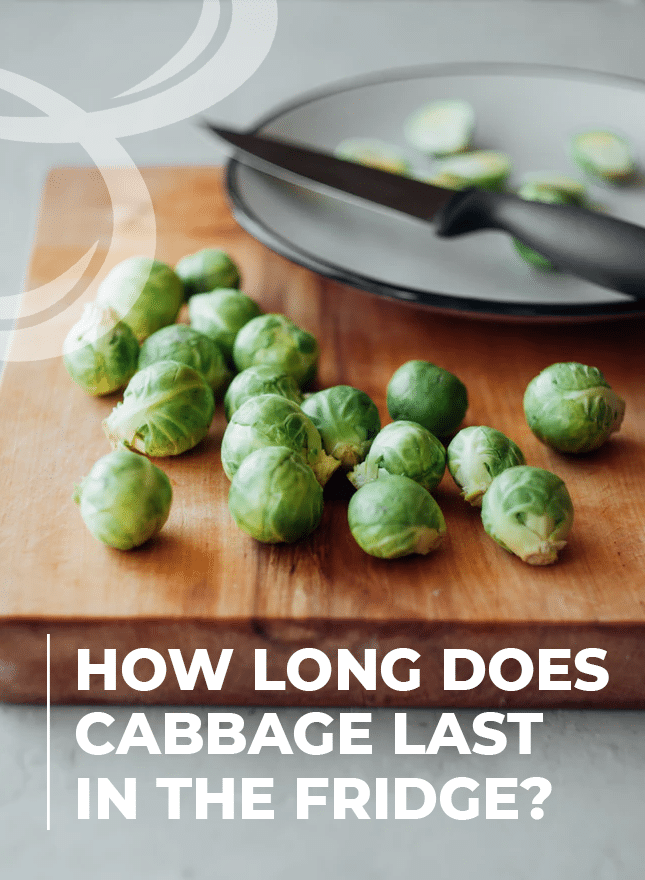 The overall lifespan of the refrigerated veggie varies from three or five days for the cooked foodstuff to one or two months if it is raw.

To be more precise, we need to take into account where exactly we stock the veggie. Depending on this, the storage duration will vary compared to the frozen or the fresh veggie.

Keep it unwashed and in a plastic packet, but the last advice is not mandatory.

What Are Some Health Benefits Of Cabbage? 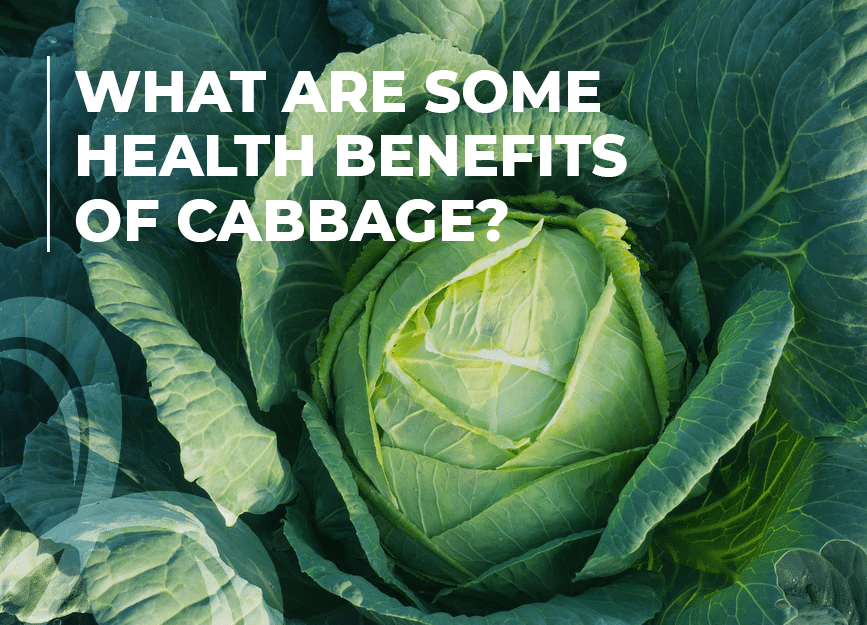 What makes people be so obsessed with preserving this leafy veggie?

It is not that super delicious, and quite a few of us enjoy eating it raw, so what is the reason? The answer is simple: because of its health benefits.

How Can You Tell If Cabbage Is Bad? 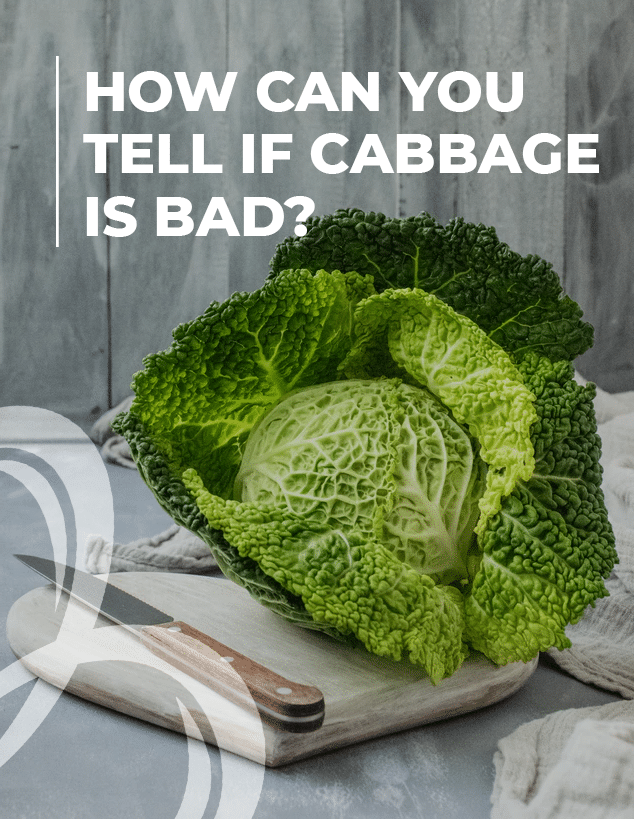 Just like any other fresh foodstuff, cabbage spoils. It mostly happens because of improper storage or careless transportation, but the only thing that matters is how to define that the leafy green head went bad.

Well, simply look for these signals:

When noticing any of those, discard the foodstuff since spoiled cabbage can lead to severe food poisoning and even death in the worst cases!

How to Tell If Cabbage Is Bad? 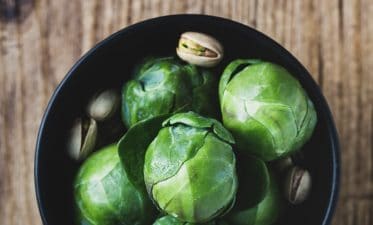 Can You Freeze Mozzarella Cheese and How to Do It Right?

How to Freeze Celery and Keep It Fresh and Tasty

10 Types Of Cabbage And Curious Facts About It

How to Tell If Cabbage Is Bad?

Best Tips For How to Store Asparagus at Home

Can You Freeze Bok Choy? Fresh Guide
Don't have enough
time to read in a day?
Get the most rated articles on your email!