Can You Freeze Cooked Vegetables?

All one needs to know about keeping the cooked leftovers 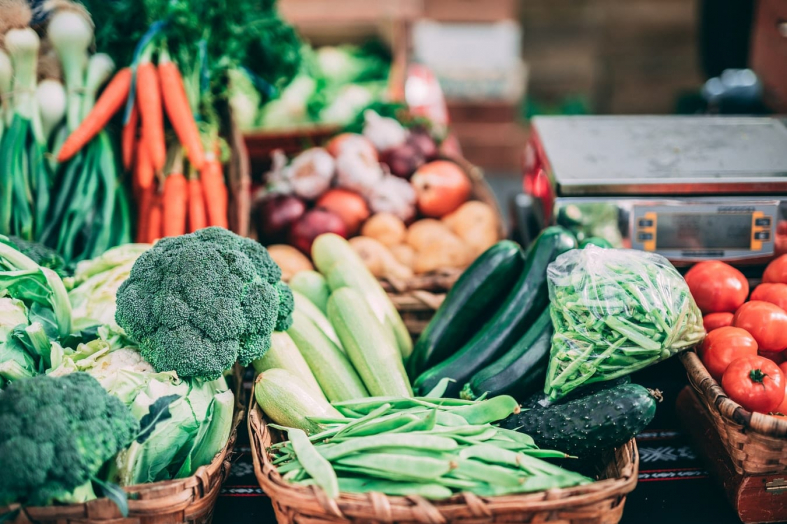 The food we cook is not always eaten completely, and this is when we think of preserving the leftovers. Regarding this option, freezing seems to be the only opportunity. However, when it comes to exposing cooked vegetables to frost, most of us would stumble and ask: is it possible at all?

If this is what bothers you as well, below check out the complete and brief guide for preserving prepared and thermally processed veggies of almost all kinds.

Can Cooked Veggies Be Frozen?

Shortly speaking, yes, cooked vegetables can be successfully and safely exposed to frost to extend their lifespan. In addition, brisk cooking (for instance, blanching or shocking) is a handy way to get the raw vegs ready for the freezing camera when we need to stock some for future use. Since we can’t just toss the fresh veggies into the freezer to get them frozen because they will spoil, thermal processing is a must.

So it doesn’t matter whether you are going to keep the leftovers, prepare the raw goodies for preservation, or just stock some to cook later, freezing is the only chance to do this right.

Nevertheless, it is important to keep in mind that not all veggies freeze the same well. Fortunately, most of them need no special skills or preparation procedure prior to freezing, so the basic preservation methods will work for most of the raw goodies.

Keeping cooked veggies in the freezing camera requires no special tools or supplies, and usually, the whole procedure will take you pretty little time. But still, it is important to follow the instructions precisely to do everything the best way for the vegetables.

Another beneficial feature is that defrosting such goodies is also a very simple and quick thing to do. Just heat them up in a frying pan or casserole at once, and voila, a delicious meal is ready to enjoy!

As a result, you will get easy-to-thaw foodstuff, fresh and delicious, with all the healthy elements preserved, that can be incorporated into any dish almost immediately! Or simply heat it up and enjoy it as a side dish when in need of a quick meal.

The Upsides Of Freezing Cooked Veggies

However, it would not be real-life if everything was so simple and fun! Just like anything else in our life, freezing cooked veggies has its pros and cons, its benefits, and nuances, and they are good to be aware of.

But let us begin with the positive features and list all the beneficial traits of preserving cooked veggies:

Sounds great and it is so, but on the other hand, certain downsides of such a preservation method also exist.

The Downsides Of Preserving Veggies In the Freezer

So what can be the disadvantages of keeping cooked vegs in a freezer camera? Let us list them all one by one.

For instance, cucumbers, lettuce, and salad greens are not the best options for freezing, so if you need to preserve them, it will require certain skills and fuss.

However, when being aware of these peculiarities beforehand, it is easier to be ready for any unexpected nuances and situations.

What to Consider Before Tossing Cooked Veggies into the Freezing Camera

Even though freezing is quite a simple thing to do, especially when it comes to preserving cooked veggies, we would still recommend everyone take into account the basic rules and instructions that will allow getting ready for the procedure properly.

To get properly frosted vegs that are easy to cook, ensure all the following steps are completed one by one:

Basically, this is it. Nothing complicated or unusual, but these instructions must always be followed in order to be sure that the foodstuff will stay edible and of good quality.

How to Blanch Veggies Correctly Prior to Freezing

If you decided to preserve some vegs for future cooking purposes, we recommend blanching them since exposing raw foods to the frost can badly damage the goodies and make them useless.

Blanched vegs will keep their crunch and taste, as well as all the vitamins and other nutritious benefits, and for that, you will simply need to complete several easy steps:

How to Reheat Veggies That Were Frozen

The best feature of the cooked vegs that were frozen is that they can be incorporated into the dish immediately right from the freezer! No need to waste time on defrosting, just toss the content of the packet into the frying pan or casserole, and put that on fire or into the oven.

However, if for some reason you do decide to let the veggies thaw a bit prior to cooking them, we would recommend leaving them in the fridge to defrost. Like that, the foodstuff will thaw relatively easy and the temperature fluctuation will not be that dramatic. As a result, the veggies will retain their quality, texture, and flavor.

To defrost them correctly by heating, do the following:

As an alternative method, try out microwaving them, but in this case, the veggies must be placed into a microwave-resistant tank and heated for five minutes being stirred after every sixty seconds.

And of course, feel free to incorporate them directly into the dish that is being cooked if this is the plan.

The List Of Vegetables That Freeze Better Than Others

As we already mentioned, not all veggies can be frozen the same well. Those that are more watery like cucumber or lettuce, for instance, can easily become damaged under the impact of frost.

And since not all of us are aware of such specifics of the veggies’ “anatomy”, we suggest to check out the vegetable list that includes the goodies that can be safely exposed to frost both raw and thermally processed.

If you want to learn how to freeze carrots, it is very simple: blanch them if they are still raw, or preserve them roasted, baked, boiled, or even mashed.

If you ask yourself how to freeze kale safely, opt for the firm hermetic tank meant for the freezer camera. Kale can be preserved as a salad or in a savory dish, but of course, a kale soup should not be frosted!

As for the cooked ones, they can easily remain edible for three months if sealed in airtight packets.

Incorporate into hot dishes instantly after taking it out from the freezer, and enjoy the tasty meal!

Veggies You Wouldn’t Think Are OK With Freezing. But They Are!

Sometimes we think that certain goodies won’t freeze but in fact, it is possible to preserve them this way, only we need to know several tricks to do it right.

Probably, everyone heard that watery veggies can’t be exposed to frost, right? However, we can prove that it’s not quite true!

How to freeze celery

Can you freeze celery? We guess, most of us asked this question. This veggie has watery stems that can easily turn mushy if not treated right. To keep them crisp, blanch the veggie for 2-3 minutes according to the instruction, and then place it into the freezer for several hours to harden.

After that, celery can be tossed into the packet and left in a freezing camera for up to a year.

Can you freeze cucumbers?

Yes! This watery green stuff is best to be frozen when cut or sliced. Place the slices onto the tray covered with parchment and leave the cucumber to freeze until hard. Then transfer it into the tank/packet, and preserve it.

Can you freeze lettuce?

Yes again. Do it either with the whole separated leaves or puree them and stuff the ice tray with the green mush.

As you can see, almost any veggie can be preserved long-term in a freezer if we know what to do to keep it crisp and delicious.

⭐ How long can you eat leftover cooked vegetables?

The leftovers are safe to consume for three to four days after the food was prepared.

⭐ Are leftovers good after 7 days?

No, a week-old leftover food is most likely not good for eating. The maximum term of consumption is up to 4 days.

⭐ How long can you keep cooked vegetables in the fridge?

Cooked veggies can stay edible for a week when refrigerated.

⭐ Can you freeze raw carrots?

Yes, raw carrots are freezable, but when blanched, they will last longer and keep the taste.

⭐ What vegetables do not freeze well?

Can You Freeze Lettuce?

Can You Freeze Guacamole?
Don't have enough
time to read in a day?
Get the most rated articles on your email!