How long does bok choy last in the fridge? 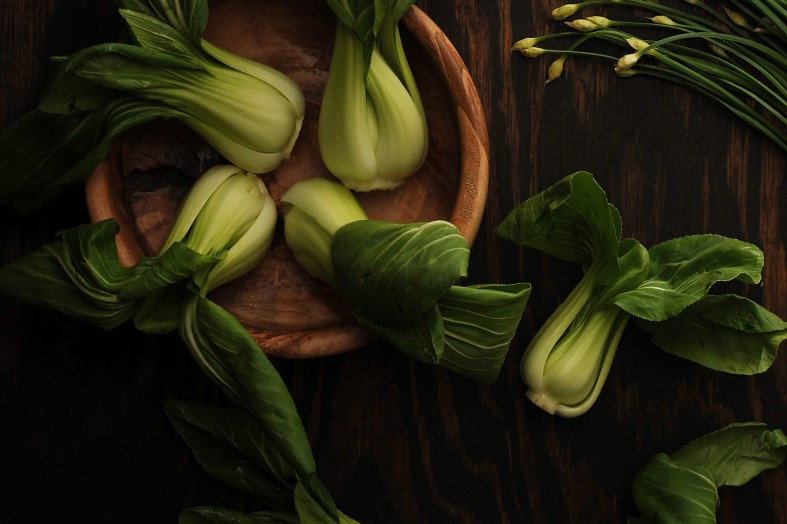 Bok choy is a sort of leaf cabbage that is widely used in Asian culinary. It is a very healthy veggie that can be cooked in different ways, that is why those who cook it frequently wonder how to prolong its lifespan.

Can bok choy be frozen?

This is the question we are going to answer today!

What Is It And Why It Is Useful

Pak choi is a sort of Chinese cabbage.

Unlike a white counterpart, it doesn’t form the head, instead, it has wide green leaves that form a sort of cluster.

This plant is very watery containing ninety-five percent of it in its leaves. In addition, it contains very little fat and carbs, and the amount of calories is also quite low (13 kcal per 100 grams) which makes this cabbage a perfect dietary foodstuff.

In addition, it is a source of many vitamins including vitamins C, K, A, and B6.

Nevertheless, the consumption of this veggie must be strictly regulated. Bok choy contains compounds that prevent cancer development but if we intake them in large amounts, they may cause coma and other harmful effects.

How to Store Bok Choy? Shelf Life And Ways Of Storage

Since cooked bok choy is absolutely safe to consume, people want to know how to store it in order to make delicious dishes later.

In fact, storing bok choy is not so complicated as it could seem at first sight.

Feel free to pick one of the approaches hanging upon how it will be used later.

How long does bok choy last when fresh?

Usually, if it’s kept correctly, it will remain fresh for one week at most.

Choose the most fitting method of storage and remember to use the veggie until it expires.

How to Freeze Bok Choy?

Do you want to make your Chinese cabbage remain edible even longer? Then freezing bok choy is your option! Luckily, this leafy veggie is pretty simple to preserve.

To freeze bok choy, decide whether you will be keeping it blanched or not.

If you want it blanched, then learning how to blanch bok choy is a must.

Wash the cabbage properly, put into a casserole of boiling water, and give it 2 min to roll in there.

After you blanch bok choy, chill it in icy water instantly, dry the leaves, and toss into a frost-resistant packet. Remember to squeeze out the air before!

For freezing the cabbage unblanched, dust off the leaves carefully leaving no dirt amongst them. To do it, cut off the bottom, divide the stems, and wipe them with a damp paper napkin.

Any of these methods work perfectly, it’s just that they take different time so count on whether you want to fuss with the preparations or not.

No matter which of the approaches you’ll choose, frozen bok choy will stay edible for twelve months.

How to Keep Bok Choy Fresh?

Of course, an issue of proper storage comes out each time we want to keep our foodstuff lasting longer.

To make the Chinese leaf cabbage stay fresh to its most, store bok choy according to the basic and very simple requirements:

No need to say that the more precisely we follow such tips the better the result will be!

How to Freeze Bok Choy Step By Step?

Freezing bok choy may seem to be difficult since it is a leafy vegetable, and those are quite tricky to store in the freezer. However, with a few handy recommendations, you will manage it quite easily.

First of all, remember that it’s better not blanch this veggie prior to freezing since it may turn it mushy once frozen! Also, avoid washing it before you place bok choy into the freezer. Any excess water will influence the final result not in a good way.

In general, the freezing procedure is pretty simple:

Now this leafy foodstuff can be enjoyed throughout the season easily!

Do You Have To Blanch Bok Choy Before Freezing?

There are quite many vegetables that must be blanched before we preserve them in a freezer. However, blanching such veggie as bok choy is usually not recommended. Why is that? See, when we blanch it, we add water. And no matter how well we will dry the leaves afterward, that moisture will turn bok choy mushy once we expose it to frost!

For this very reason, it is not recommended to wash or even rinse these green leaves prior to freezing to retain their crispness and taste.

How Do You Store Bok Choy In The Freezer?

Try to remove as much air from those packets as you can prior to freezing bok choy, and store it flat in the freezer. When being placed like this, the packets will be easier to move around the freezing camera if needed. Besides, it will prevent their content from collecting into clumps and thus freezing like this. How To Defrost Frozen Bok Choy

Unfreezing this leafy vegetable is even simpler than freezing it! You can simply add it to the dish that is being cooked directly without even preparing bok choy or thawing it. For instance, this method works perfectly for stir-fries, stews, soups, etc.

But if you still want to thaw it prior to cooking or consuming, we advise you to submerge the packet with frozen bok choy in room temperature water for an hour or two. Like this, you can add bok choy into meals that require fresh ingredients.

How To Cook Frozen Bok Choy?

Cooking frozen leafy goodies can be complicated since such foods tend to become mushy once heated. However, bok choy is far from this. Feel free to add it directly to your soup or a stir fry right after it is taken out of the freezer. The vegetable will defrost right on the pan or in the casserole retaining its texture and taste.

As an alternative option, you can remove it to the fridge for two or three hours – that’s if you need bok choy to look more like fresh in a dish. Refrigeration will defrost it slowly and delicately without ruining the texture of the veggie and saving its taste.

Bok choy is a cool thing to have in your fridge! This vegetable is a source of many vitamins and microelements that are needed for our bodies, but also, it is a tasty ingredient for so many dishes! Soups, stews, and stir fries will only win from having it as an ingredient.

Thanks to quite an easy storage and preservation, bok choy can be preserved in batches if this is your kitchen staple. And since it is the same easy to defrost, cooking it will not take you much time and effort.

⭐ What is the best way to eat bok choy?

It can be consumed in salads, sandwiches, or as a side dish with various seasoning. But it’s also good for soups and being grilled.

⭐ How do you clean and store bok choy?

To cleanse the veggie, dust off its leafy part and wash them thoroughly previously separating them from the base.
Store it refrigerated either wrapped in paper napkins or put vertical in a tank with water.

⭐ How do you store bok choy?

Refrigeration is the best option for storing this vegetable. For extended preservation, freeze it.

⭐ Do you need to blanch bok choy?

You do if you’re going to freeze it. Otherwise, leave it raw.

⭐ Do you have to blanch bok choy before freezing?

Blanching will make it last longer, however, there’s a risk of excess liquid to cause rotting. However, bok choy is ok to freeze raw!

⭐ What part of bok choy do you eat?

Leaves are eaten most frequently but white stalks can also be consumed.

Can You Freeze Lettuce?
Don't have enough
time to read in a day?
Get the most rated articles on your email!