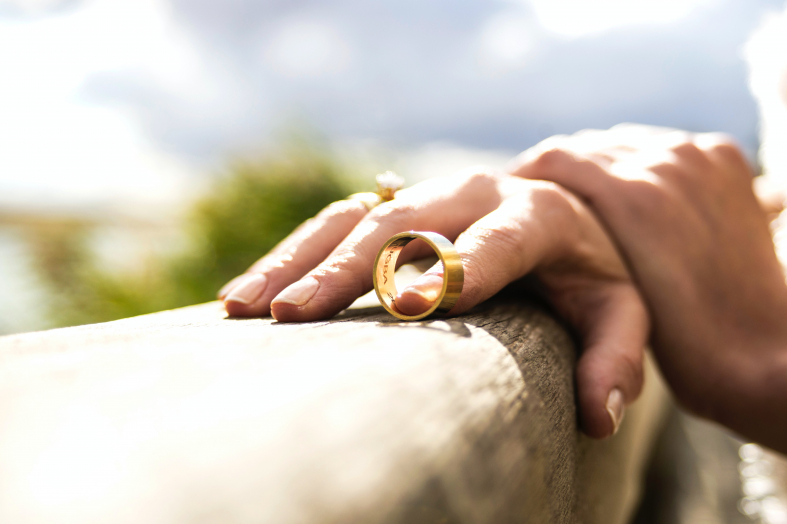 No matter whether it is a divorce or a break-up, it is always difficult and hard for both parties, a man and a woman. Some couples manage to go through this life experience with minor losses, but there are quite many of those who end up with a nervous breakdown or, as it is often called, PTSD.
Can you get PTSD from a breakup?

How can you recognize the very first signs of this state of your emotional health?

This and other questions will be answered below.

Can PTSD Be Caused By a Divorce?

When thinking of PTSD and a relationship break up, many of us assume that post-traumatic stress disorder (PTSD) is the result of the end of a marriage. Can a breakup cause PTSD?

Multiple researchers prove that it is not a correct opinion. PTSD can have many other reasons for appearing and developing, besides, breaking up with your partner or a spouse may only bring certain similar symptoms to life.

So why do people believe divorce may cause PTSD?

A tough divorce is not an easy thing to go through, and not everyone is able to cope with such a challenge alone easily enough.

The fact of your marriage ending, as well as the divorce process itself, are both very stressful for our health and emotions. And even if you manage to hire professional divorce lawyers, e.g. Astor Legal , to solve all the issues between you and your ex-spouse, the way it will be happening is far from pleasant.

In addition, various issues appear, such as the question of financial well-being, the necessity to decide on childcare, etc.

In the best-case scenario, one can feel anxiety and stress, sometimes even a slight depression, but if the divorce was really hard and emotionally devastating, one may develop the severe symptoms that resemble post-traumatic stress disorder!

The worst thing about this state is that those symptoms often prevent a person from being able to operate and live a proper life. One feels too frustrated and distracted, too empty inside, and with a low emotional capacity to be able to deal with even the simplest daily chores and tasks.
Such behavior is true even for those who have already finished their divorce process and have to deal with some legal stressors like custody matters, issues of child support, etc.

So what is that PTSD in fact?

This is a mental health condition that was first recognized in 1980. Post-traumatic stress disorder appears and develops after we experience an event that is very stressful, frightening, or distressing for us.

The bad thing about this health state is that anyone can experience it in their daily life! For that, you don’t need to have a super-stressful job or lead a stressful life like those who live in places of war conflicts, for instance.

Even though post-traumatic stress disorder can not be usually experienced after a divorce, or other upsetting circumstances, such as a job loss, etc., its symptoms are often quite significant and can resemble those of PTSD.

What a person usually feels when going through the relationship ending is what we call a divorce stress syndrome.

Negative thinking, self-blame, apathy, isolation, and energy loss do not necessarily mean you have PTSD!

To be able to set the diagnosis right, we strongly recommend everyone who suspects they might have this disorder to go see a doctor.

What can be the causes of PTSD?

Well, with a breakup PTSD, it is all clear: the end of a relationship, especially the long-lasting one, is enough to make a person feel symptoms that can make you think you have this stress disorder!
But what if you do have real post-traumatic stress disorder? What could the causes be in this case?

There are several most common reasons why post-traumatic stress disorder can appear:

As you can see, all of them are rather serious and severe, and quite many of these reasons belong to the long-lasting exposures (for instance, domestic abuse does not usually happen once, it is repeated regularly).

When facing any of those, a person’s psyche experiences serious and hard stress which leads to certain aftermath.

Symptoms Of PTSD From Relationship

To not confuse real PTSD with divorce stress symptoms, everyone needs to be aware of the basic features that a divorce or breakup stress disorder has.

People who recently experienced separation note that the quality of their sleep degrades, and they even have so-called divorce nightmares. It happens because the psyche is too stressed and alarmed by the situation so it can’t properly rest when it is needed.

Because of the extended stress, one can feel too anxious, nervous, or depressed. Increased irritability is another result of post-divorce stress.

Sometimes, people who suffer from divorce are prone to negative thoughts about themselves or others. It seems to them that everything is bad and it’s going to be only worse.

A person may lose interest in most of the daily activities, even those he or she used to love before.

If you notice you or your close person has any (or several) of these signs, better be alarmed and show up at the hospital. Any delay can lead to the situation and the state of a person getting worse!

How to Live Through a Tough Divorce

Having a divorce trauma or PTSD after divorce is not easy, and the most essential thing here is to ensure you have enough support from around. To go through this as harmlessly as possible, consider taking several simple steps:

Give yourself time. Recovering from such a stressful event will not pass in a day or two!

In general, when dealing with PTSD and marriage separation, it’s good to give yourself some time for grief to release the sadness and pain you have inside, but after that, shift for your daily lifestyle.

Be active, do sports, meet with your friends, go hang out!

After divorce, life doesn’t end, and you must show yourself that there are still tons of things you can do except for mourning.

⭐How many marriages end in divorce?

In 2020, fifty percent of all marriages ended up in divorce.

⭐How long does a divorce take?

If both parties agree on their divorce and its reasons, getting a divorce legally finalized will take around 4-6 months.

⭐How much is a divorce? How expensive is it to pay all the expenses?

The process of divorce can be pricey. The average price in the USA in 2019 was almost 8.000 dollars without alimony-related disputes.

⭐How much does it cost to get a divorce in the United States?

Each spouse is more likely to spend around 10.000 dollars on getting their divorce in the United States which not only includes attorney fees.

⭐How to cope with a divorce?

The best is to visit a good psychologist to deal with the trauma. Also, give yourself time to grief and realize what’s happened. But don’t avoid people! Meet with your friends and family, be sociable, learn new things, go travel to get new impressions. It will help you to cope with the divorce easier.

How Long Does It Take to Walk a Mile?

Perks Of Walking Every Day
Don't have enough
time to read in a day?
Get the most rated articles on your email!